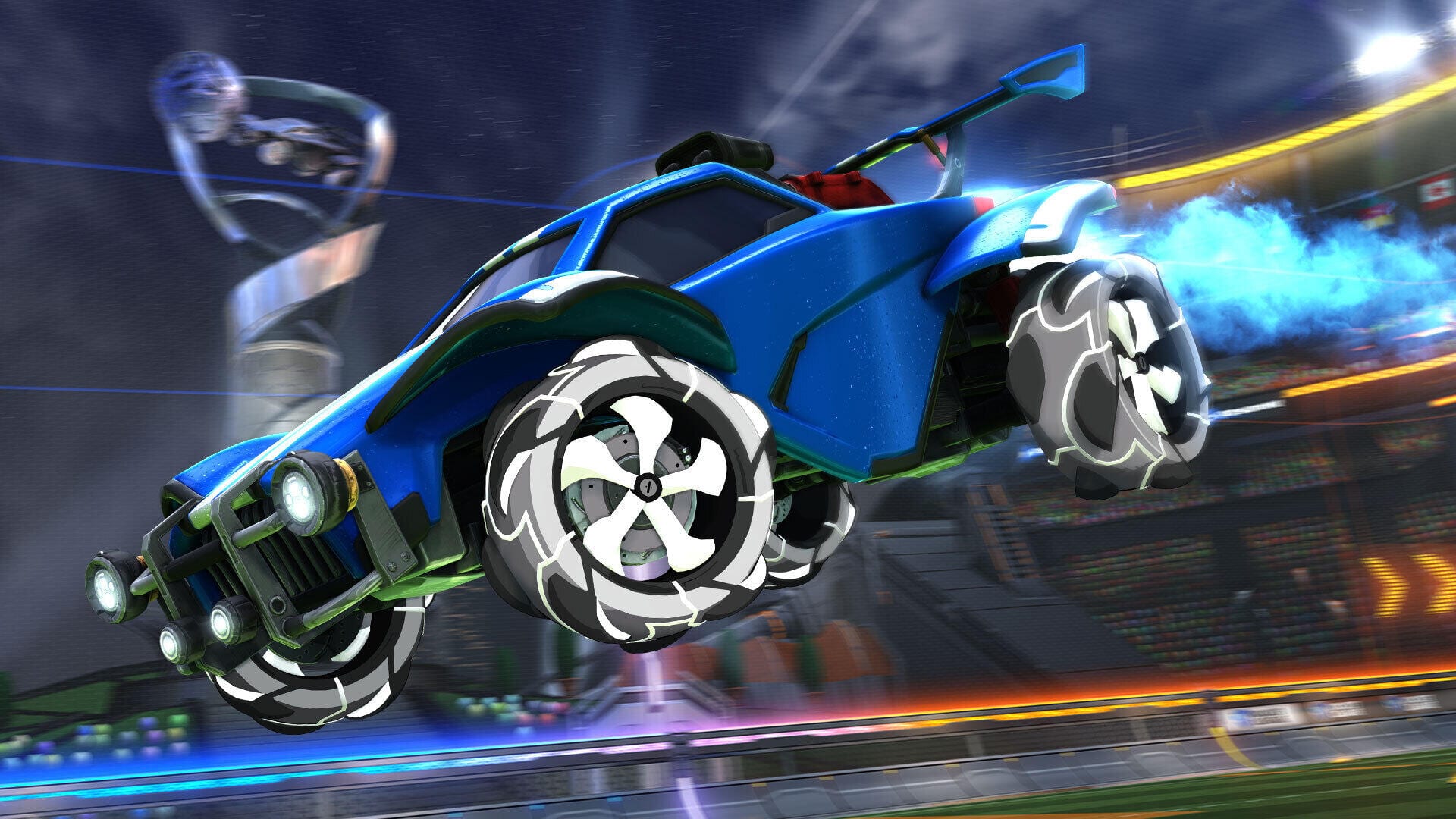 Rocket League developer Psyonix announced how exactly the cross-platform progression will work when the game goes free-to-play later this summer.

According to the studio, players will be prompted to make an Epic Games account after the free-to-play update is live. Epic Games acquired Psyonix last year and the game will be launching for the Epic Games Store with the update.

Players will have to set a “Primary Platform,” which will be the source of progression so it is wise to choose the platform with the highest Rocket Pass, Competitive Rank, and XP progress. Then players can link their PlayStation Network, Xbox Live, Nintendo Switch Online, and Steam accounts.

Inventory between the platforms will be shared, but it does not include all cosmetic items. Free items, season rewards, Rocket Pass items, item shop purchases, blueprint items, Esports Shop, Fan Rewards, RLCS attendee items, and Rocket League-branded DLC can be shared.

Platform-exclusive items such as the Sweet Tooth car or Mario and Luigi NSR, Ultimate Edition On-Disc DLC, premium licensed content packs, and credits and esports tokens cannot be shared between platforms though can still be used with the individual account it is tied to.

Psyonix said it is working on making premium DLC shared between platforms, but will not be ready when the game goes free-to-play.

Trading between players will also work differently to reduce fraud. Purchased items can only be traded on the platform it was bought on, and trades can only be initiated with players logged into the same platform with other items.

Both players in the trade are also required to have purchased at least 500 credits on their accounts, or owned the game before it went free-to-play.

Psyonix have not announced a date for the free-to-play update other than “later this summer,” but will be coming to all platforms that Rocket League currently appears on.