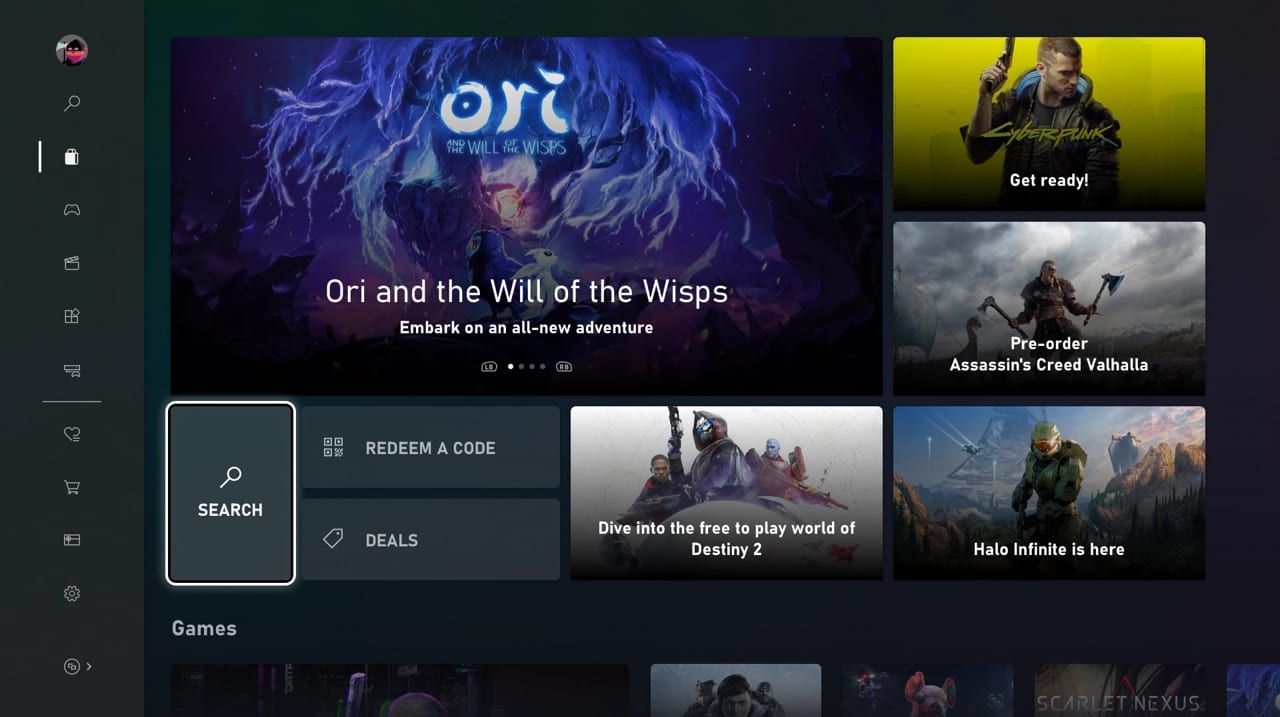 The Microsoft Store on Xbox One will be getting a visual and performance overhaul for Xbox Insider members starting on Aug. 5.

Microsoft announced it has rebuilt the store experience to be faster, safer, and easier than before and promises that the app will launch in under two seconds with other pages loading much faster.

The navigation has been redesigned and now contains a sidebar with categories and subcategories for games and other media. Other redesigned features include the search bar, the wish list to quickly add games and follow sale prices, the shopping cart, and being able to view pricing across Xbox One, backward compatible Xbox 360, and original Xbox titles.

The store will require users to be signed in before viewing anything in the store. It will also filter content according to family settings for those who have child accounts.

For example, an account set for an eight-year-old will not be able view games and other content rated for a teenager, and it will also work with multiple accounts signed in on one console.

The new Microsoft Store for Xbox One will be rolling out in beta for consoles subscribed to the Xbox Insider program starting Wednesday, Aug. 5.