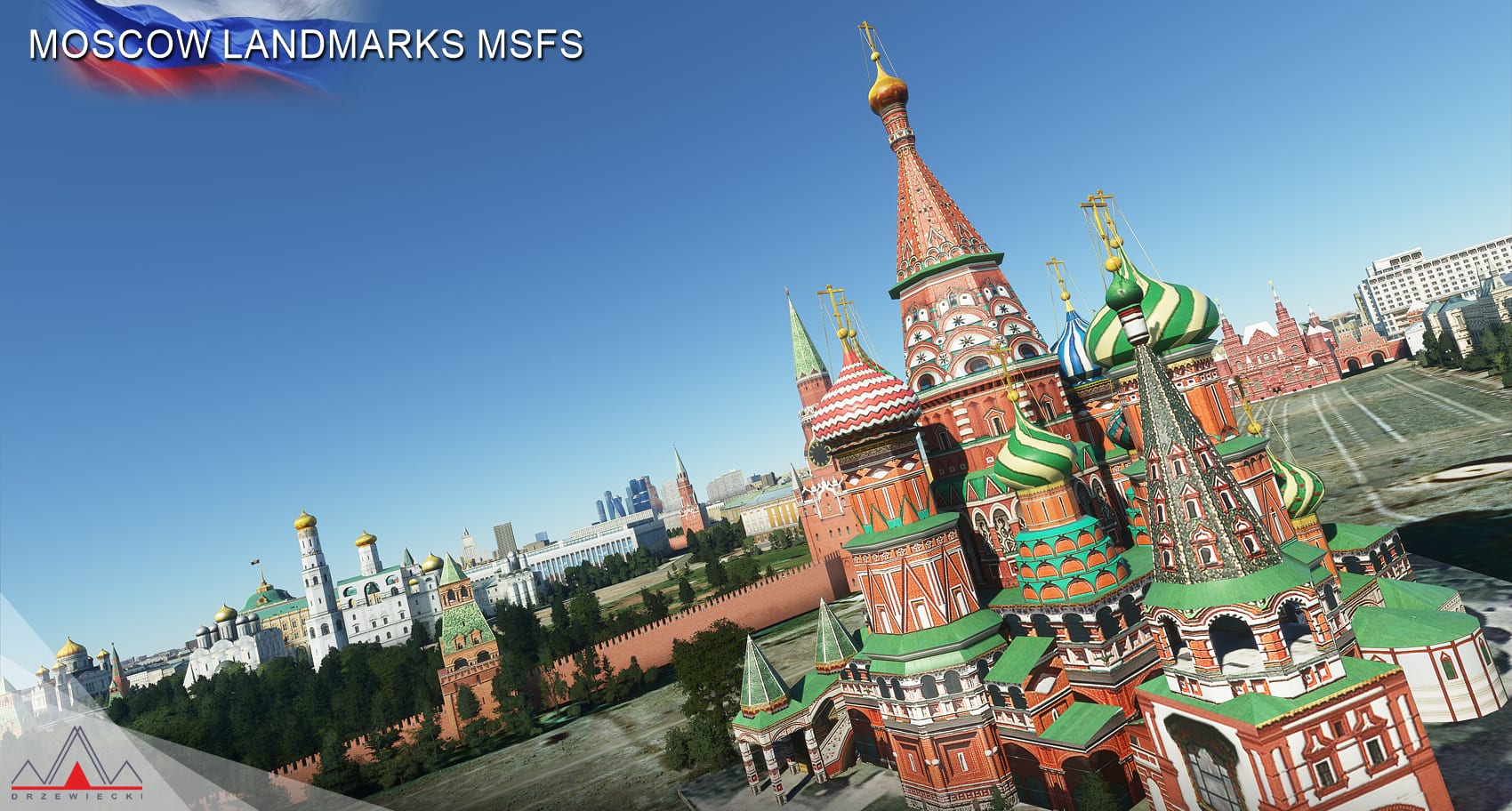 While Microsoft Flight Simulator looks awesome, many of its cities don’t exactly look as majestic as they could. Moscow is one of these.

At the moment, it can be purchased on SimMarket and requires manual installation with the procedure described in our guide, but it should appear in Microsoft Flight Simulator’s official built-in marketplace soon.

Below you can check out quite a few screenshots. If you’re not familiar with the concept of third-party add-ons, you can read our dedicated article.