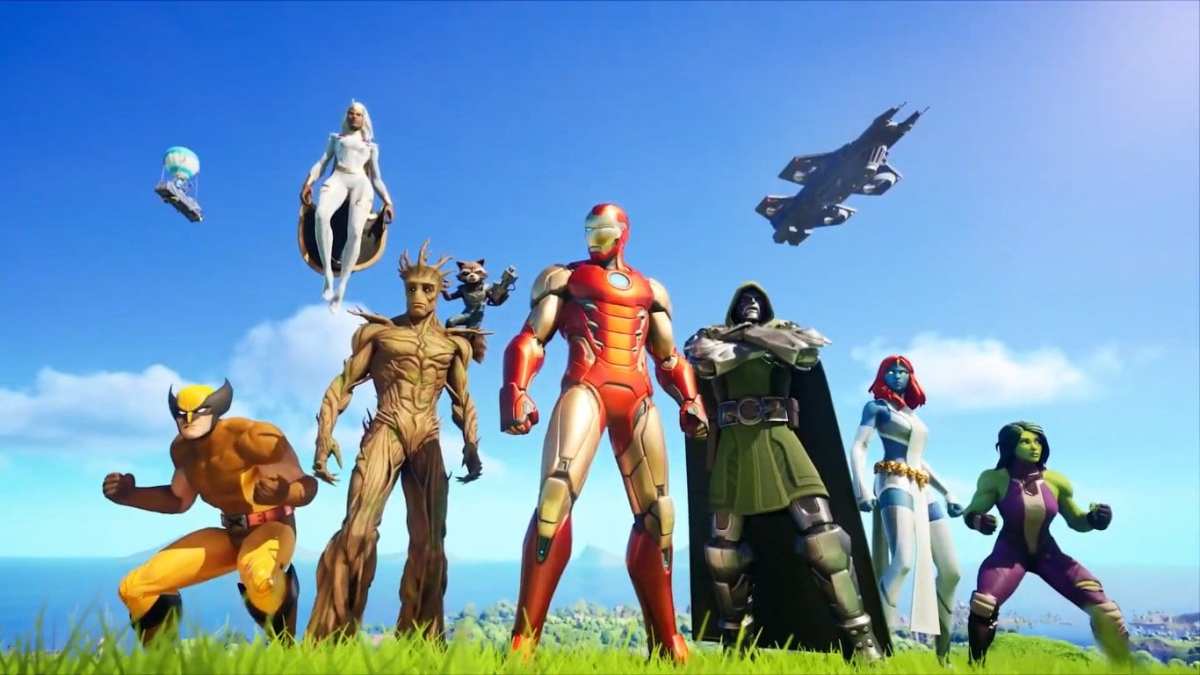 As part of the Fortnite week 1 challenges, players will have to ‘Eliminate Stark Robots at Quinjet Patrol Landing Sites.’ If you’re struggling to figure out where the landing sites are, or how to eliminate Stark Robots fear not, as we’re here to guide you through every step to complete this challenge and earn yourself 25,000 XP.

There are a handful of Quinjet Patrol landing sites in Fortnite. They’re marked on your map after 18 seconds has elapsed at the beginning of a match while you’re in the Battle Bus, and are shown as white aircraft icons. There locations change each match, but blue plumes of smoke will appear when they do land, making them easier to find.

Pro Tip: You’ll want to head to the Fortnite Quinjet Patrol landing site that’s furthest away from the Battle Bus’ flight path. This way, fewer players will land with you, so you can simply focus on picking off the Stark Robots without fear of being ambushed yourself.

The next thing you’ll want to do is get yourself a weapon. The easiest way to do this if you’re landing straight from the Battle Bus is to glide yourself on top of the drone that’s flying around. Land on top of it, then destroy it with your pickaxe to grab a weapon and some ammo.

Now all you need to do is approach the Quinjet Patrol landing site and begin shooting at all of the Stark Robots here. There should be five, so as long as you take them all out, you can get the challenge completed in one go. Keep in mind they also have powerful laser weapons, so don’t let yourself get hit too much.

That’s everything you need to know on Fortnite Quinjet Patrol landing site locations and how to eliminate Stark Robots at them. For more tips, tricks, and guides, be sure to search for Twinfinite, or check out more of our Fortnite coverage below.