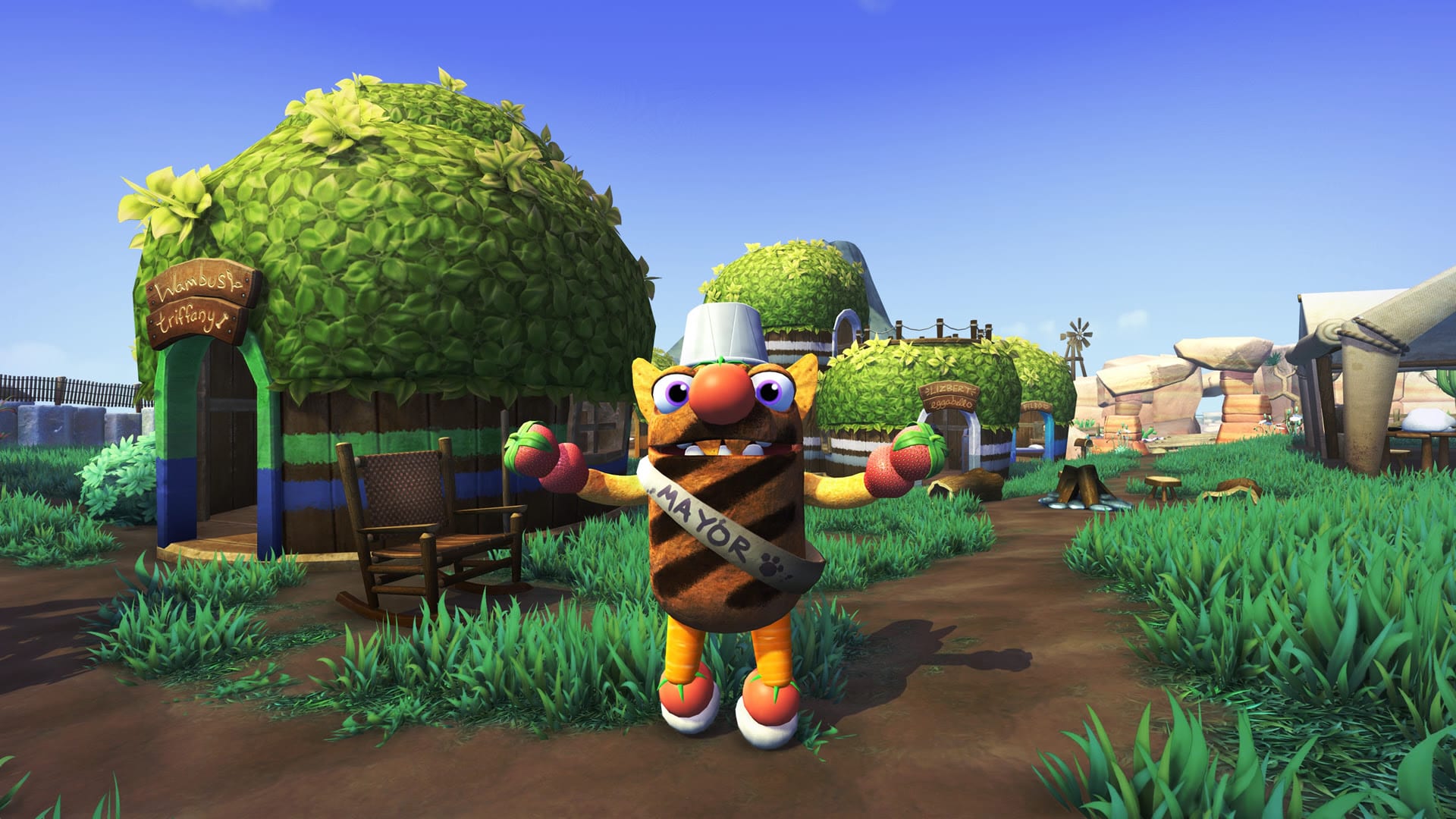 Earlier today during the latest State of Play stream, we got another look at the most anticipated game featuring sentient food, Bugsnax. Tons of people around the internet were won over by this game’s catchy theme song, but Bugsnax appears to also have some enjoyable gameplay.

During the gameplay trailer, we get introduced to a number of new characters. First, we find out that the main character is chasing down a brand new story about the island where the Bugsnax live. Right away we see C Clumby Clumbernut, who isn’t too happy about this fishy tale.

We also get another look at the character with the mayor’s sash. He lends the main character a snack trap to catch one of the strawberry Bugsnax. We also got a look at a handful of other methods for catching Bugsnax around the island.

It also looks like you can use specific Bugsnax to solve puzzles that help you catch others. Near the end of the trailer, we saw a large Bugsnax that looked like a giant flying pizza. Its roar was so intense it knocked the protagonist off of a cliff onto the rocky ground below.

You can check out the full Bugsnax gameplay trailer below.

And if you can’t get enough PlayStation trailers, then you’ll want to check out the full State of Play video below.