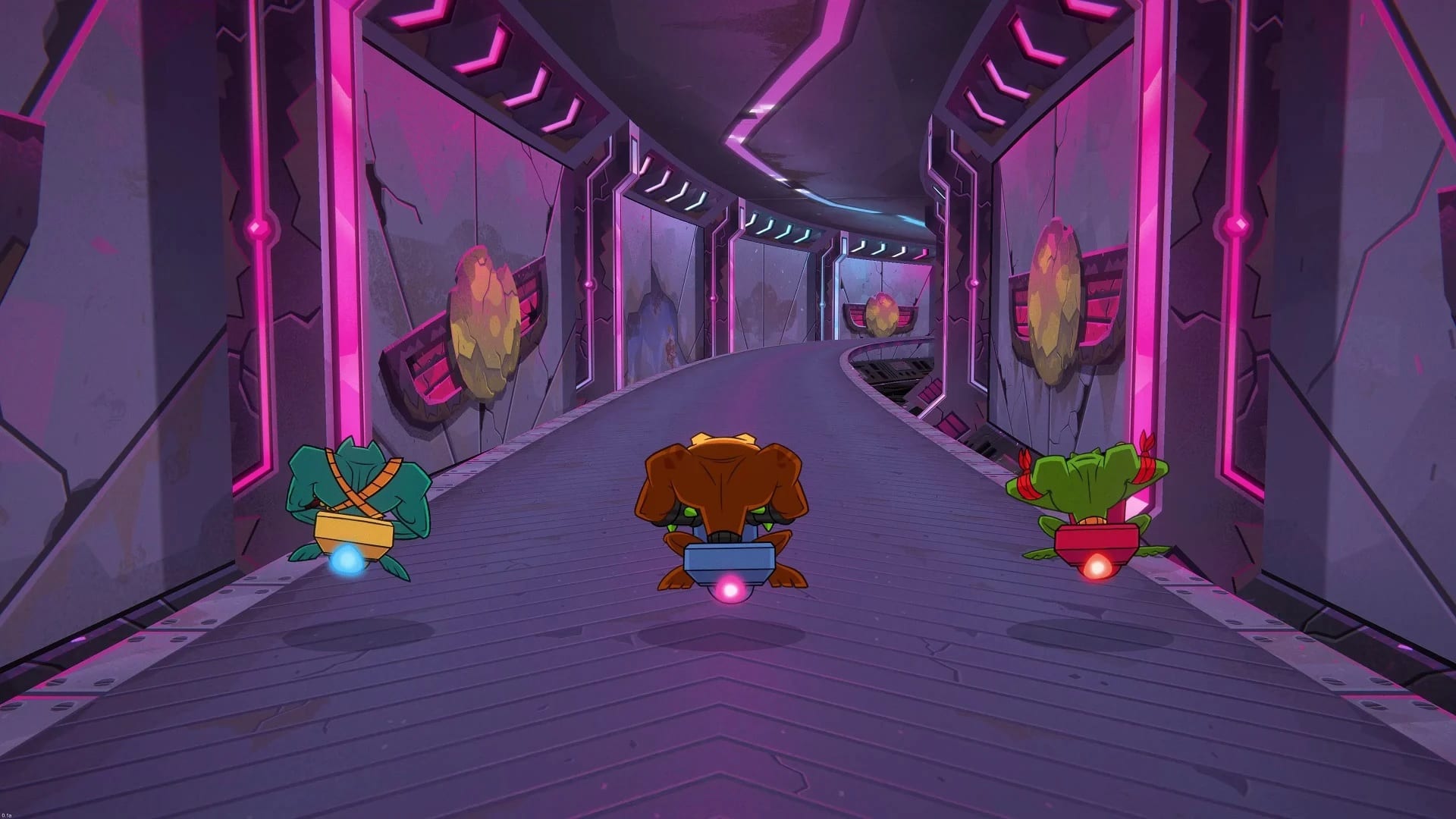 In the original 1994 version of Battletoads, Turbo Bike levels were infamously difficult, featuring difficult obstacles that you had to memorize to have any hope of passing. The 2020 reboot is far more forgiving with these levels, to the point where you might actually even enjoy them. Here is everything you need to know about how to ride Turbo Bikes in Battletoads.

The most important difference with the 2020 version of Battletoads’ Turbo Bike sections is that the camera is no longer pointed to the side. Instead, the orientation is located behind the frogs, allowing you to see oncoming obstacles.

While this eliminates a lot of the difficulty and memorization, you’ll still need to time the movements accordingly.

It’s worth mentioning that Turbo Bikes are also only available in some stages of the game. You won’t be able to ride them in sections that focus on brawling for instance.

How to Ride Turbo Bikes in Battletoads

You’ll have a few different ways to traverse while on these vehicles, but general movement is controlled using the left thumbstick. Use this to avoid obstacles as they come up.

In some instances, walls will appear a lot quicker than normal, so you’ll have to dash left and right. Dashing left requires you to press the LB, while dashing right is done using the RB.

Holes in the ground, pipes, and other parts of the speed trails also require you to jump. All you have to do to jump is press A.

If you hit an obstacle, it will K.O you for a few seconds. For single-player gamers, this will switch you to one of the other two toads.

It’ll take some trial-and-error on some of the levels to get through unscathed, especially if you’re going after all the collectibles. Keep at it, though, and you’ll be a master at traversing these tricky trails in no time.

To sum up how to ride Turbo Bikes in Battletoads:

That is everything you need to know about how to ride Turbo Bikes in Battletoads. We’ve got plenty of other useful tips, tricks, and general FAQ about the game by searching through Twinfinite.