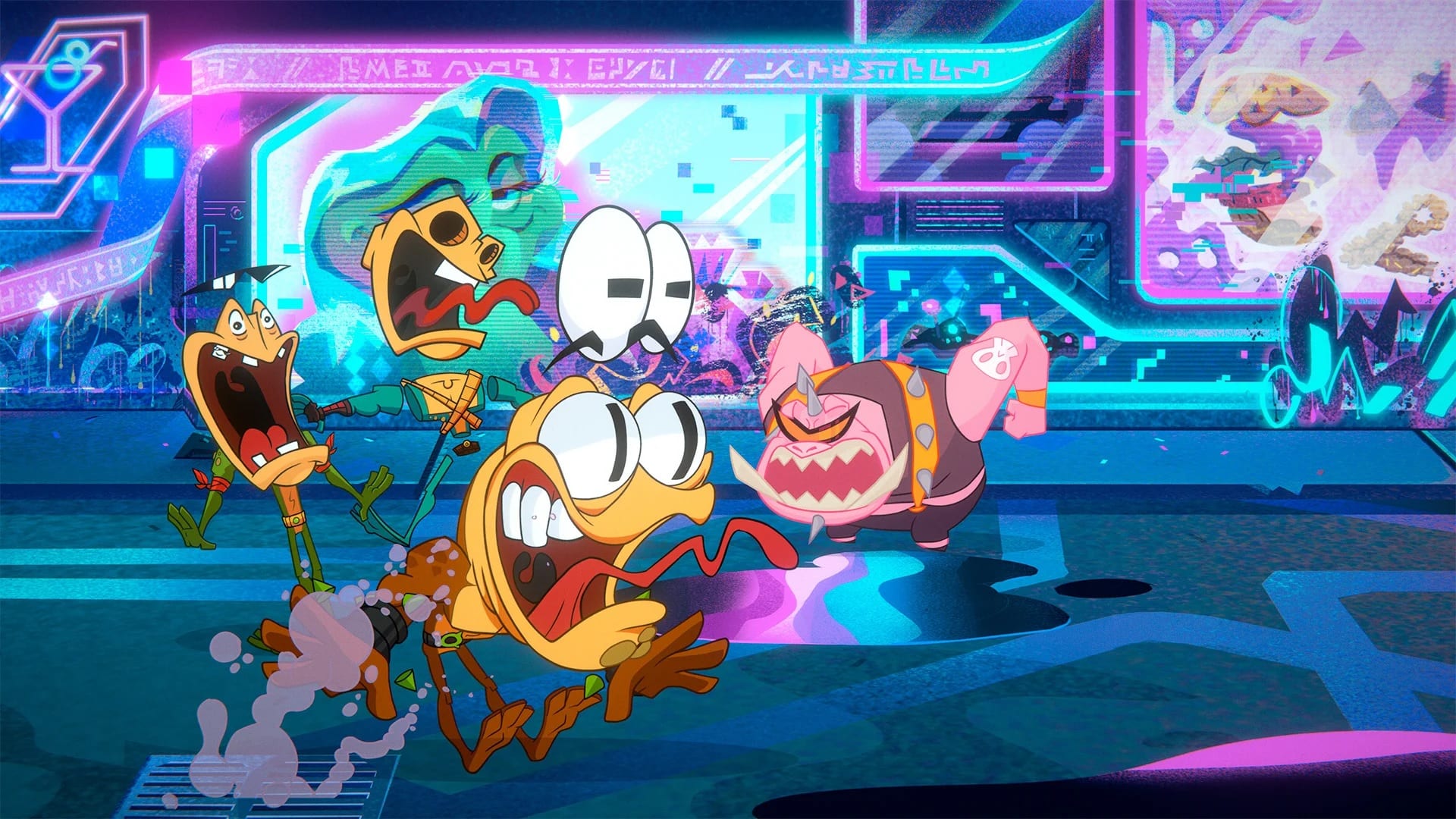 Battletoads is a brawl-to-the-wall video game, developed by Dlala Studios and Rare. Like most games in the genre, the 2020 sequel features plenty of mobs for players to fight as they progress through the game. It wouldn’t be a true brawler if it didn’t have imposing bosses, though, would it? Here is everything you need to know about how to beat Porkshank in Battletoads.

How to Beat Porkshank in Battletoads

Porkshank is the first boss in the game. You’ll run into him fairly early on. To beat the pig, you’ll have to keep an eye on his movements and the mobs that he summons.

At the start of the fight, he swings four times in a row, signaled by an exclamation point before he is about to attack. These are pretty easy to dodge as long as you evade behind him.

If you run low on health, there are plenty of flies that pop up, so be sure to eat them and heal. When you get him past a little over half health, he runs.

Progress forward and fight a few mobs, and you’ll run into him again. During the second phase, he is far quicker, rushing you with a shoulder charge.

The shoulder charges are pretty easy to evade since he telegraphs his move by placing his fist on the ground and bending over. Evade him, and he’ll stun himself by running into the wall.

Get your hits in here. Repeat until Porkshank runs again.

Beat up the mob, and then the third and final phase occurs. This time, Porkshank splits into two.

The pink version makes attacks from the first section; the purple one charges like in the second section. Evade and hit them when they are stunned, focusing on one at a time.

Keep doing this until they are both defeated, and you’ll have successfully managed to beat your first boss in Battletoads.

That is everything you need to know about how to beat Porkshank in Battletoads. Still struggling with other parts of the game? Check out the rest of our coverage below, as well as by searching Twinfinite for guides.