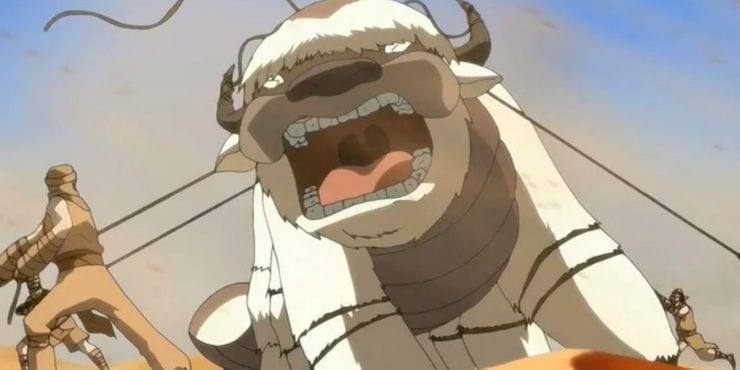 In the post, he details how heartbreaking it is for them to have to step down as showrunners and executive producers, but that it’s necessary for their happiness.

Their departure, and the reasoning behind it, deflate many’s hopes that the show can be anything more than another failed adaptation. While that may sound harsh, it’s the truth, as Michael and Brian cited they didn’t have creative control over the project.

“I realized I couldn’t control the creative direction of the series, but I could control how I responded,” DiMartino wrote. “So, I chose to leave the project. It was the hardest professional decision I’ve ever had to make, and certainly not one that I took lightly, but it was necessary for my happiness and creative integrity.”

The statement details Netflix chose to go with its own ideas regarding the direction the series is taking instead of its original creators. That would be great if the company didn’t have a track record for messing up the majority of its live-action adaptations.

From full-on flops such as Full Metal Alchemist Brotherhood to monetary successes that were widely panned by the fanbase like Death Note, Netflix hasn’t really had an across the board success yet.

A lot of this comes from creative liberties made that differed drastically from the original source material. For example, Netflix’s Death Note alters the personalities of just about every character in it.

Light Yagami goes from a calculating genius to a bumbling oaf that stumbles his way toward success. Even his cat and mouse game with L is whittled down to something far more primitive in the movie adaptation, robbing us of their amazing antagonistic relationship.

Without Michael and Brian on board, one can only imagine that Netflix’s Avatar The Last Airbender is doomed to the same fate, especially considering the intricacies that go into the show’s world.

Is Sokka just going to be an idiot that throws around a boomerang? Will Toph be a love interest instead of one of the most badass characters in the show? Will it take three Earthbenders to move a tiny pebble a few feet really slowly?

It is impossible to say what changes are going to occur. It can be said that no one knows the worldbuilding and characters better than the two people who created it.

When you lose that intimate knowledge of the building blocks of a show, then it’s almost impossible to make a faithful adaptation.

Not having someone one board that understands the source material is how you end up with something like M. Night Shyamalan’s The Last Airbender.

You end up with a movie that doesn’t understand the weight and flow of the elemental arts of bending, let alone the depth of every character’s stories it’s trying to squeeze into a small runtime.

I genuinely hope I’m wrong, as I’m always looking for more good Avatar The Last Airbender entertainment. However, I can’t believe in a series that wants to go in the exact opposite direction creativity-wise than the people who created it.