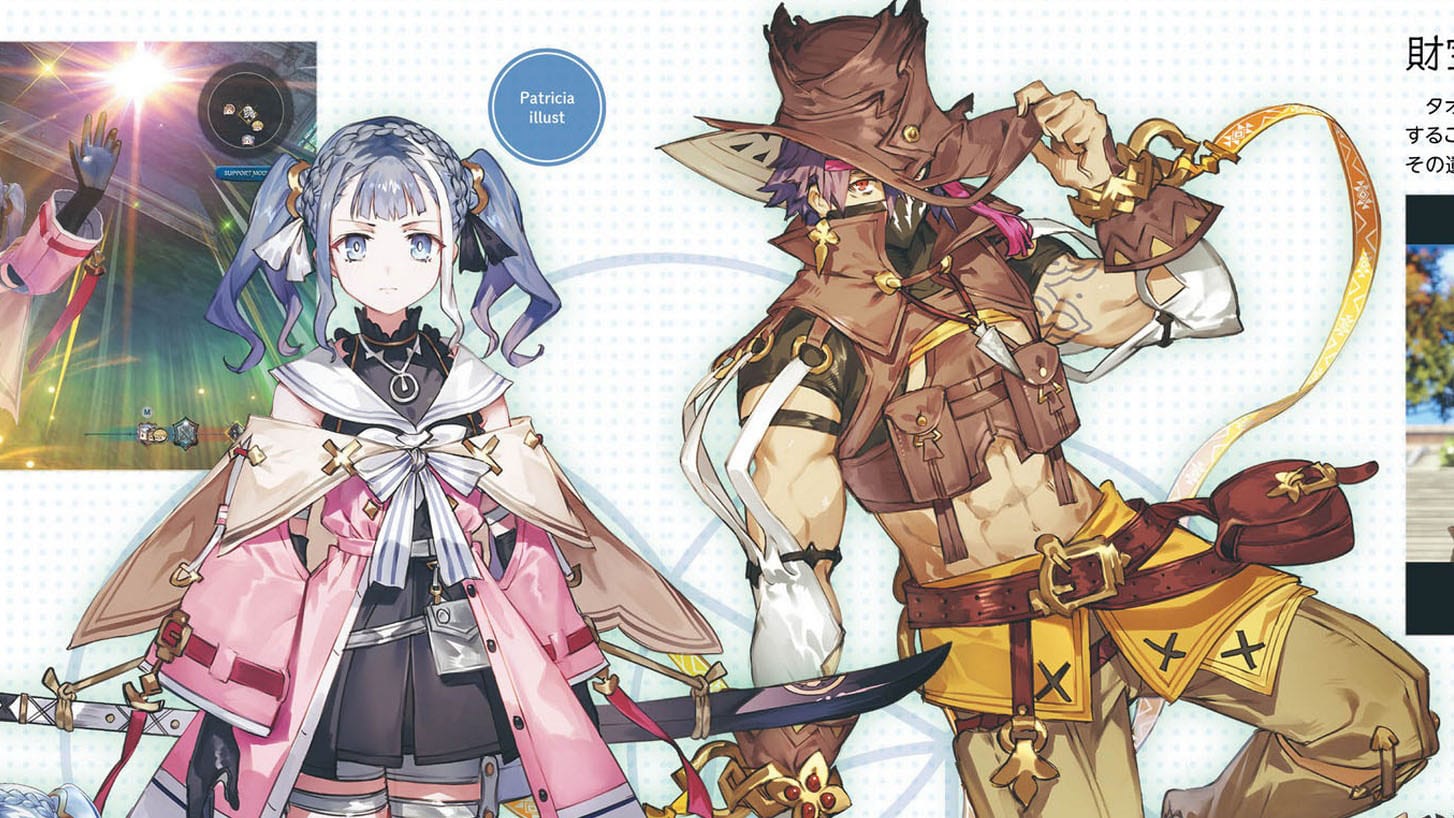 First of all, we get to see two new characters, Patricia Illust and Clifford Diswell.

Patricia is the daughter of a wealthy man living in the capital city. While she has lived in a privileged environment, she craves freedom deep in her heart. Her father taught her sword-fighting.

Clifford calls himself a treasure hunter, but this young man is actually a thief. He has a playful and frivolous attitude but also hides a serious side.

We also hear about alchemy. In this game, alchemy is performed by placing materials in frames like in the first Atelier Ryza.

You can use an item named “Essence” which is new to this game. When used, it changes the nature of a ring in the alchemy menu. If the attribute of the ring it’s different than that of the Essence, it’s changed to match it.

If you use an Essence of the same attribute, you can raise the level of the ring’s effect.

You can also combine finished items adding an effect named “EV Effect” (“EV” stands for evolution). By linking and evolving specific items you can obtain completely different ones.

Japan will get Atelier Ryza 2: Lost Legends & the Secret Fairy on PS4 and Switch on December 3 and PC in January 2021. If I was a betting man, my money would be on a January 2021 release for the west as well.