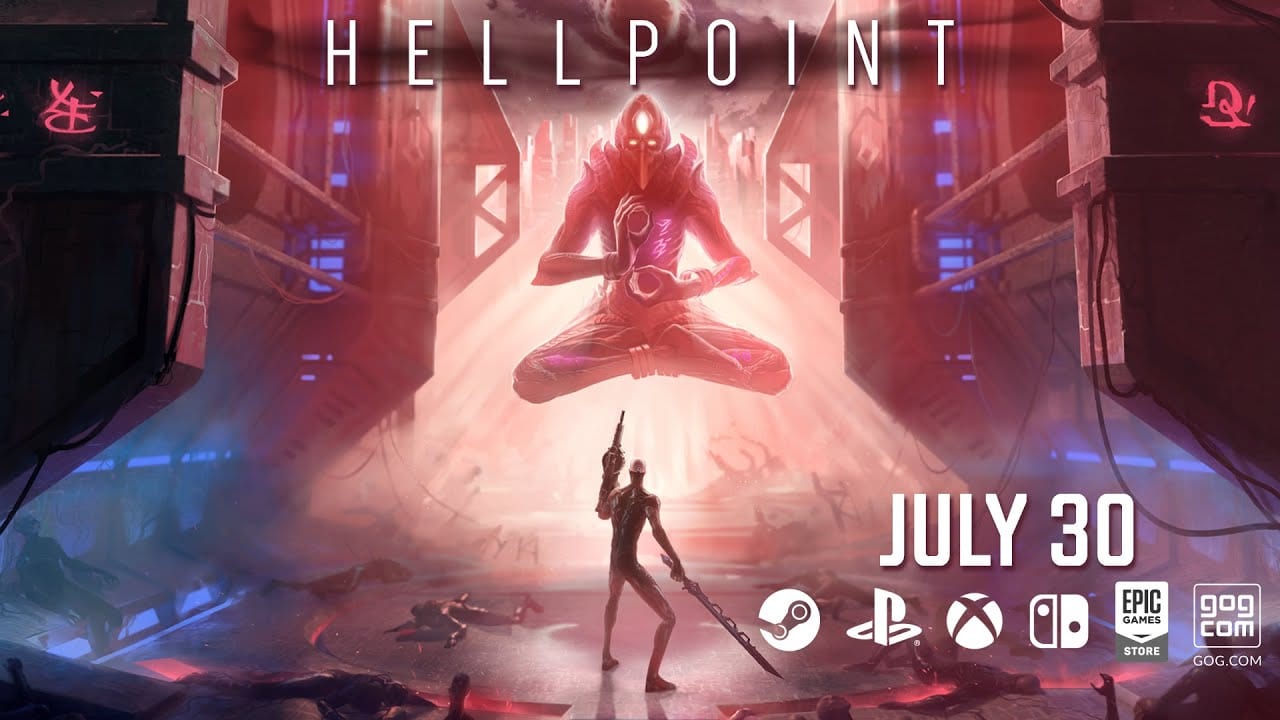 Developer Cradle Games’ Souls-like Hellpoint has a new trailer today showcasing some punishing co-operative action. More importantly, it also reveals the game’s new release date. After having been delayed from its original April launch as a result of COVID-19 earlier this year, Hellpoint will now release on PS4, Xbox One, Nintendo Switch, and PC next month, July 30.

For those not up to speed, Hellpoint is set in the aftermath of a massive quantum cataclysm called the Merge. Players take control of their protagonists is they wake up on board the Irid Novo space station, a beacon of galactic cooperation and scientific exploration gone horribly wrong.

As you’ll see from the below trailer, Hellpoint’s aesthetic is an interesting fusion of sci-fi and fantasy. Its eerie space-station setting and terrifying demon-like enemies are reminiscent of Event Horizon if anybody is as old as I am and remembers being utterly terrified of that particular film as a child!

As for gameplay, it’s a typical Souls-like, featuring drop-in, drop-out cooperative functionality, meaning you can enjoy the story uninterupted if your buddies want to jump in and play with you one evening.

A sequel chapter to Hellpoint, which serves as an appetiser for the main game, was released earlier this year. Called Hellpoint: Thespian Feast, it’s a standalone experience set years after the incidents of the main game, which is slated for launch on April 17.