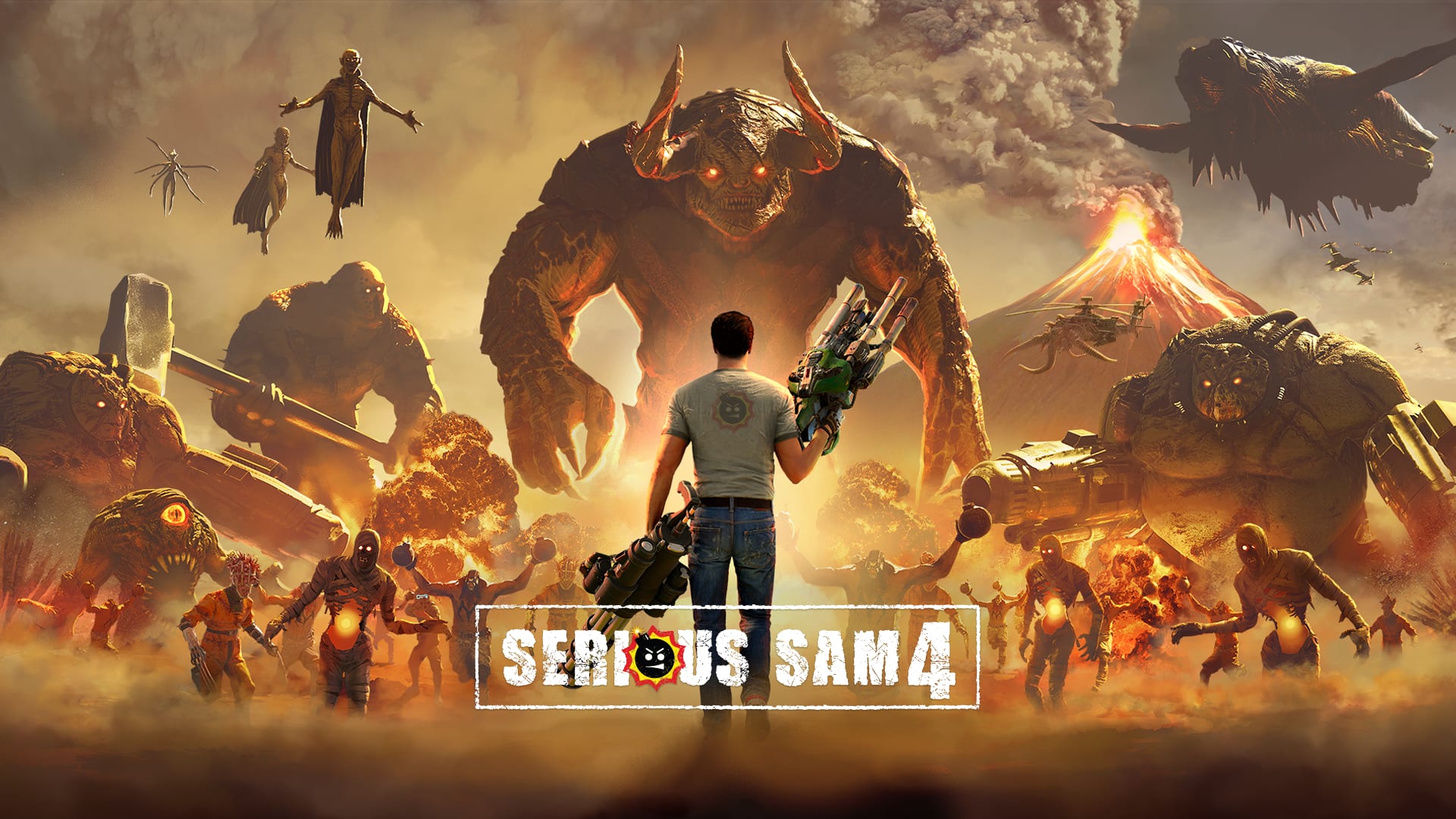 During today’s Devolver Direct, a new trailer was shown for Serious Sam 4, the violent first-person shooter that has you mowing down all kinds of extraterrestrials.

Although Serious Sam 4 was teased back in 2013, it wasn’t officially announced until 2018. The game is releasing on Steam and Google Stadia this August, and later in 2021 for PS4 and Xbox One.

Serious Sam is made by the Croatian developers Croteam who has mainly focused on the Serious Sam franchise. However, they also made a puzzle game in 2014 called The Talos Principal.

Croteam returns with a high-powered prequel to the Serious Sam series that scales up chaos to unprecedented levels. The classic Serious Sam formula is revamped by putting an unstoppable arsenal up against an unimaginable number of enemies that requires players to circle-strafe and backpedal-blast their way out of impossible situations.

If you don’t want to play alone, Serious Sam 4 also has 4-player online co-op that lets you tackle primary and side missions. If you play with more people, the harder the game will get, just like in something like Borderlands!

The series has taken inspiration from games like Doom, Quake, and Duke Nukem, other massively popular first-person shooters. Serious Sam is even available for VR on the Windows Store. Check out Serious Sam 4 when it releases next month.