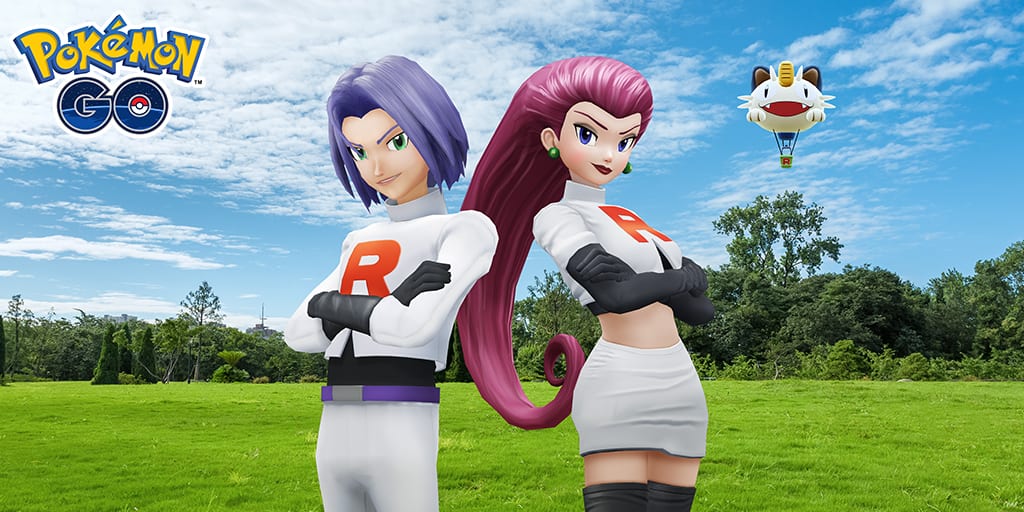 Just two days ago, we started seeing Team GO Rocket balloons infiltrating Pokemon GO from the skies. And now it looks like the infamous members of Team Rocket, Jessie and James, are making their way into the game starting today.

Earlier today, Niantic released a short blog post talking about the most well-known members of Team GO Rocket. Jessie and James retain their trademark appearance from the Pokemon anime.

Best of all, this dastardly duo gets to separate themselves from the rest of the Team GO Rocket Grunts, Leaders, and even Giovanni himself. These two baddies get their very own special balloon. It’s shaped just like the Meowth inflatable that always gets launched beyond the horizon in the anime.

They haven’t revealed any details about how these battles will work. They say that you’ll battle Jessie and James, but double battles don’t currently exist in Pokemon GO. If they were introducing that feature here, then they would undoubtedly be making a bigger deal out of it.

We’ll just have to give it a go in the game as soon as a Meowth balloon appears in the skies. Just be quick about it, apparently this appearance of Jessie and James will only be happening for a limited time.

If you would like to read the official release from The Pokemon GO Team, you can find it right here. Below, you can also check out the short hype video released on YouTube earlier today.