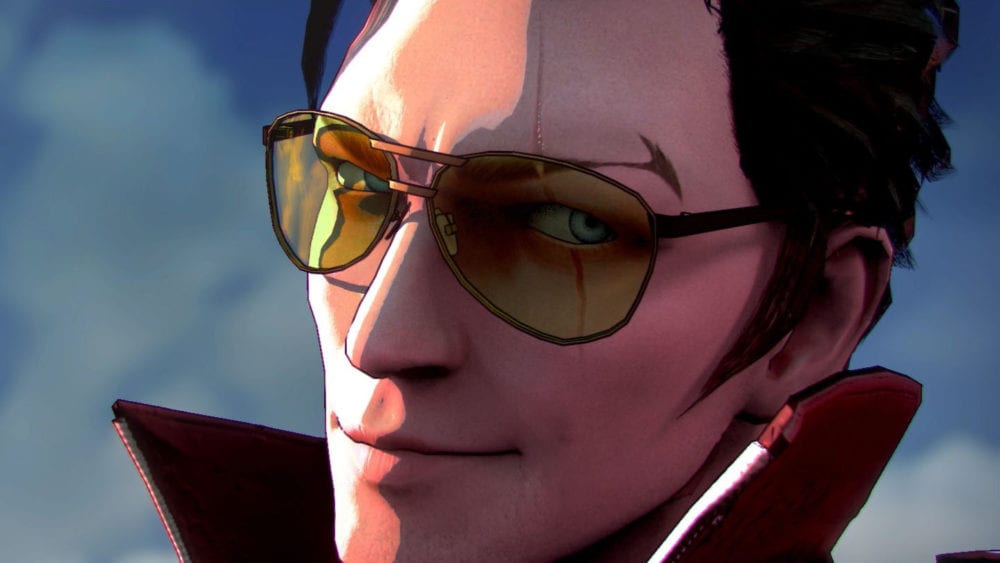 Today, at the very end of the Devolver Direct livestream, Devolver Digital had a rather special guest, No More Heroes 3 creator Goichi “Suda 51” Suda.

The prolific developer had a small (very small) surprise for the fans as he displayed a super-brief glimpse of gameplay of No More Heroes 3, with Travis seen from behind in front of the motel we all know and love.

This is not the first time Suda51 comes up with something like this, as he provided another look at gameplay obscured by his own face at the recent New Game+ Expo.

Below you can watch a recording (please don’t expect much).

If you’re unfamiliar with  No More Heroes 3, here’s an official description.

After a ten-year hiatus, everyone’s favorite “assassin action game” is back with the latest entry in the official numbered series.

The all-American #1 ranked assassin Travis Touchdown returns to the Garden of Insanity once again.

The game is coming to Nintendo Switch at some point in 2020.

If you want to see more, you can enjoy the first trailer and another one from last year’s Game Awards ceremony.