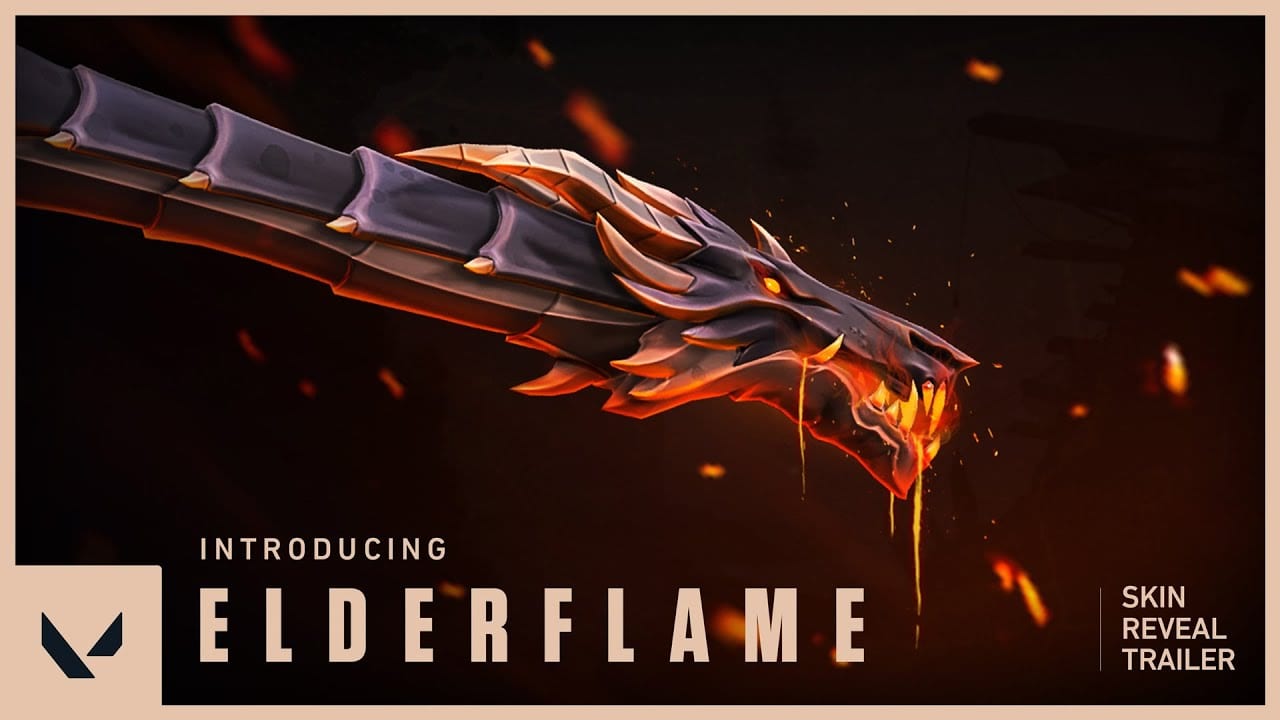 Following a rather cryptic tease from Riot Games yesterday, the developer has now revealed a new weapon skin bundle for its new tactical/hero shooter Valorant. Called the Elderflame Ultra skin pack, it features a dragon-inspired theme that revamps Valorant’s arsenal with a firey new aesthetic that not only changes their appearance but their actual animations, too. As in, they turn your guns into literal dragons!

I have to say, even for somebody who could quite happily play Valorant for years with the default skins, the level of detail here is so impressive that I’m tempted. That said, I’m then reminded that skin prices are usually $100 or so per bundle and suddenly I don’t care all over again.

Still, we’ll have to wait until the Elderflame skins are in the store later this week for full confirmation on the price. It’ll also be interesting to see whether any are included with the battle pass, too.

For now, check out the awesome new trailer below before preparing your wallet for a complete meltdown on July 10 when the Elderflame skin pack launches.

For more on Valorant, Riot yesterday revealed patch notes for version 1.03, which sees the Guardian get a huge buff.