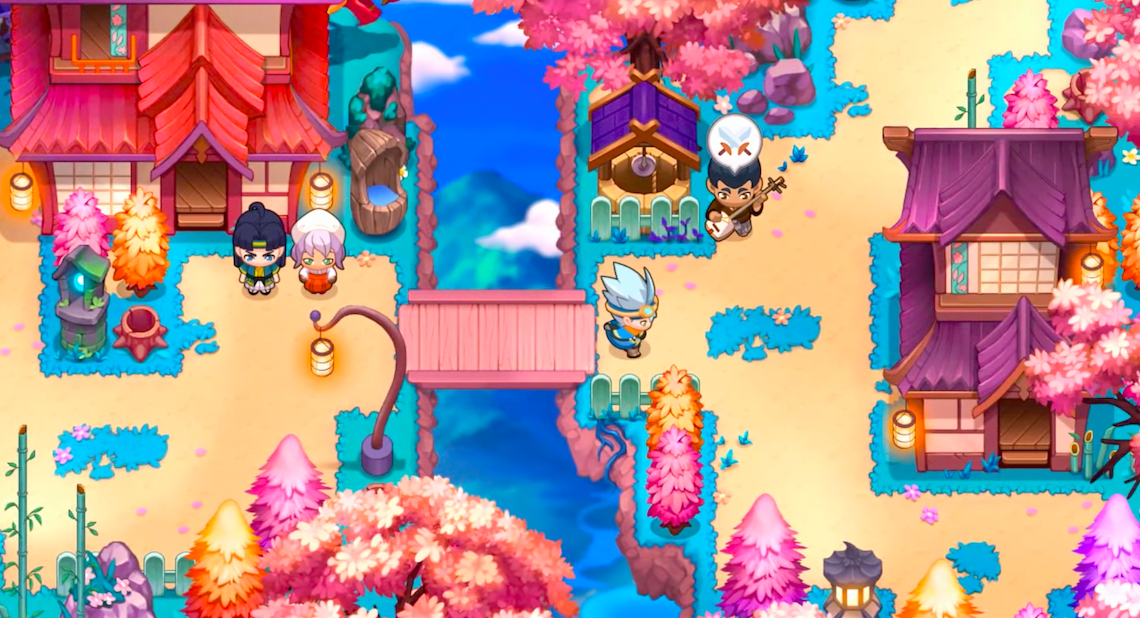 Nexomon: Extinction from developers Vewo Interactive, isn’t all that shy about its similarities to Pokemon; there are plenty of things that are similar. Nexomon seems to seek to present itself its as a polished modern version of more classic Pokemon games, while doing a few things different to stand out as well.

A flurry of Nexomon videos were recently released that show off a bit of what it’s like to catch Nexomon, what traversing around the game is like and who some of its characters are.

What stands out the most to me is the game’s art style. It looks like an extremely colorful version of Gen 4 that really pops off the screen. See for yourself:

Next up is the gameplay. For a bit the battles seem exactly like they do in Pokemon. Heck, even the battle music is similar. Things to change quite a bit though when it’s time to actual catch these Nexomon. There are more than just a few types of Pokeballs, and catching is dependent on success in a minigame.

Finally, you can also check out Nexomon’s character trailer. From what I’ve seen of Nexomon so far, while there appears to be dark moments throughout the story, overall it feels a bit more zany and anime-like, with eccentric characters that fit certain cliches and tropes

We’ll have more to talk about when it comes to Nexomon soon. In the meantime though it’s probably worth keeping on your radar for any Pokemon fan that’s looking for something to give them a break from Sword and Shield, or just the GameFreak games in general which, for me at least, have gotten stale over the last two generations.

Nexomon will release on PC and consoles on Aug. 28.