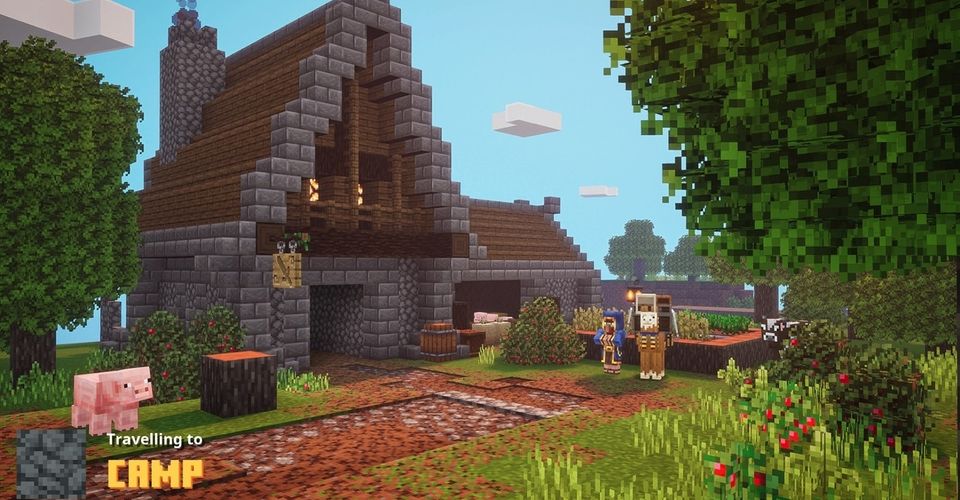 If you’ve been following all the rumors and talk on the Minecraft Dungeons Subreddit, you’ll likely have heard about the rumored arrival of a Mason who would offer players Diamond Dust in exchange for their Emeralds. With the release of the Jungle Awakens expansion, some players may be wondering whether the Mason and Diamond Dust had been added to Minecraft Dungeons.

Is the Mason in Minecraft Dungeons: Jungle Awakens?

Unfortunately, not. The Mason was supposed to be an additional NPC villager you could speak to in your Camp. Like the Blacksmith and Traveler, the Mason would take your Emeralds in exchange for Diamond Dust.

According to a photo taken of an official Minecraft Dungeons guide book, Diamond Dust can be used to increase the Power Level of a piece of gear.

This would essentially allow players to keep their gear with great rolls but low power, and make them viable options to take on the most challenging levels at the hardest difficulties.

Has the Mason Been Scrapped Or Is He Still Coming?

A Reddit thread titled ‘Bring “Diamond Dust” Back’ initially talking about the change.org petition to have it added into the game, after a series of tweets from Minecraft Dungeons’ Executive Producer David Nisshagen suggested that both the Mason and Diamond Dust would not be added into the game in their current form.

Nisshagen does suggest, however, that the Mason could return at a later date, but the entire mechanic regarding Diamond Dust “will be different. And more fun!”

When Is Diamond Dust Coming to Minecraft Dungeons?

Unfortunately, there’s no word on when Diamond Dust and/or the Mason will be coming to Minecraft Dungeons. But considering players want to be able to make low-level gear with great rolls more viable, there’s a good chance it will come as part of a future update.

For now, we’ll just have to wait patiently and grind out that new Jungle Awakens content! Check out more of our Minecraft Dungeons content below.