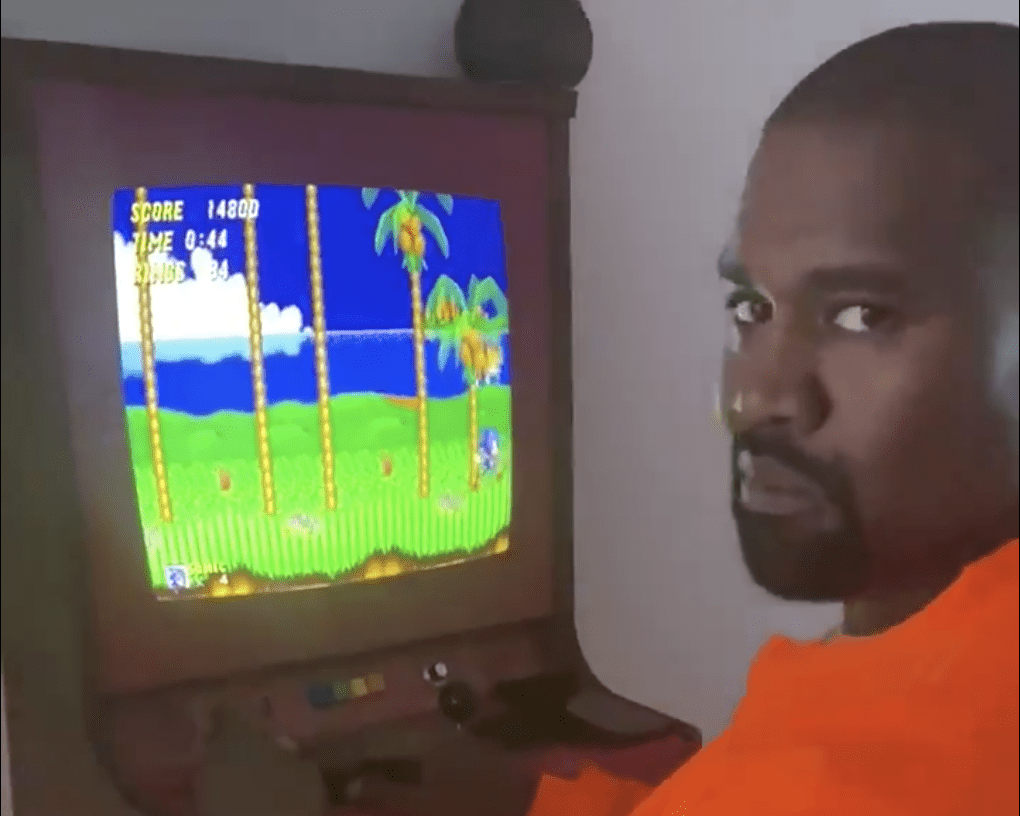 A new video clip of rapper and fashion designer Kanye West playing Sonic 2 in arcade form has surfaced on social media and it is too wholesome.

Cellphone video captured by his fellow rapper and frequent collaborator Kid Cudi and shared on Twitter shows West playing through the end of the second act of Emerald Hill Zone when he encounters Dr. Eggman.

“That’s Jim Carrey’s character,” West can be heard saying in the video, referring to the fact that he portrayed Eggman in the live-action Sonic movie that released earlier this year.

As he was playing Sonic 2, West talks about how Sonic the Hedgehog is his son’s favorite character — he has two sons, Saint and Psalm, so it’s unclear which one he was referring to — and how the animation style of Kids See Ghosts, an animated show he announced last week that is inspired by his 2018 mini-album of the same name. “That video game, that’s forever, like some Sonic stuff,” he tells Kid Cudi.

West frequently finds himself in news headlines. Sometimes it’s for showing his support for President Donald Trump by wearing a red MAGA cap, to creating a video game dedicated to his late mother, to putting out a gospel album and giving the likes of Kirk Franklin a run for their money. Recently, he signed a ten-year deal with The Gap to sell his clothing line (sans the Yeezy sneakers) in their stores. Fortunately he’s able to find some time in the midst of everything else he has going on to enjoy Sonic 2 with some friends.

Maybe if Sonic plays his cards right, he can get a shout out in West’s next album.