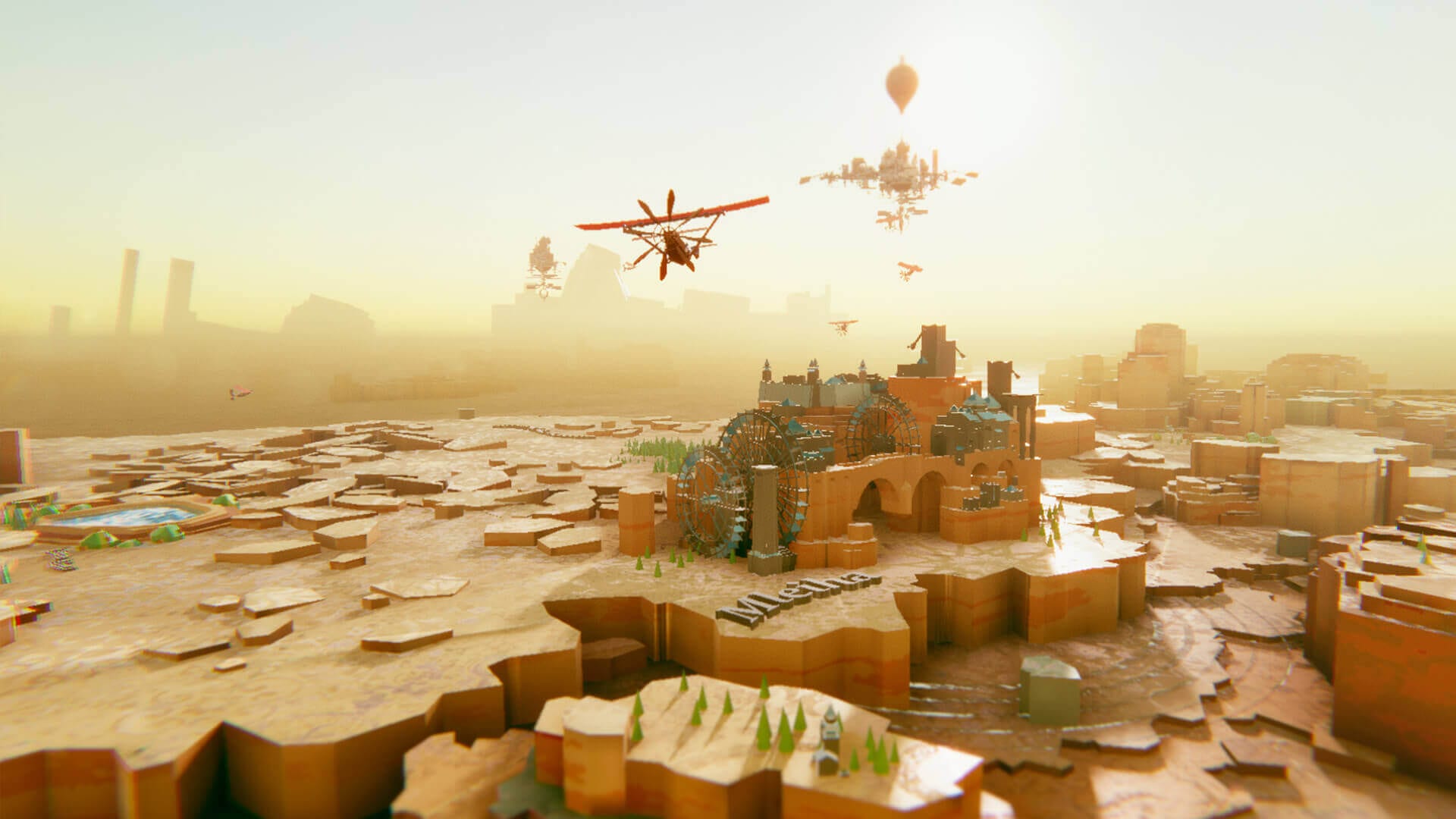 A release window for Airborne Kingdom, a picturesque and high-flying city management sim, was announced during the PC Gaming Show.

Developed by The Wandering Band, Airborne Kingdom is releasing Fall 2020 on the Epic Games Store.

In Airborne Kingdom, you oversee a fantastic city that soars far above the ground, traveling over a randomly generated map. There will be other factions to interact with, and many obstacles to overcome.

You must trade with the ground-dwellers in order to succeed, and there is an element of exploration that sets Airborne Kingdom apart from other games in the genre. You are able to traverse the map at will and send out scouting biplanes ahead of your floating city to scout out potential opportunities.

Like similar titles, you must manage supply chains and the happiness of your citizens, but unlike other games, you must also ensure your city doesn’t crash into the ground! This can be achieved by researching and utilizing different technologies, anything from ropes and billions to sophisticated steam engines.

The game is also visually arresting, with a dreamy and whimsical art style all its own. This color palette is matched by the steampunk design of the floating city itself and is somewhat reminiscent of Bioshock Infinite’s Columbia, but looks like a much more pleasant world to inhabit!

Elegantly soaring above the ravaged deserts of the kingdoms below, Airborne Kingdom looks to be a relaxing management sim with a unique twist and a laid-back and evocative soundtrack.

While we don’t have a firm release date just yet, Airborne Kingdoms Fall release window means we don’t have too much longer to wait.

You can watch the gorgeous new trailer for yourself below:

If you want to see everything that was announced during the PC Gaming Show for yourself, you can see the full livestream here.