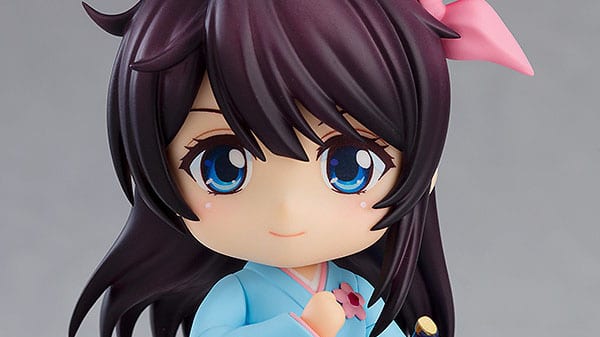 The brand new Sakura Wars by Sega is finally getting its first figures, and leading the charge is Good Smile Company with its popular Nendoroid line.

A nendoroid action figure portraying heroine Sakura Amamiya has been made available for pre-order at the manufacturer’s online store.

She’s priced at 5,200 yen which translates approximately into $48, and she’s scheduled to release in December, one year after the game’s release in Japan.

She comes in the usual 100mm Nendoroid size and she’s posable, coming with alternate faces reproducing Sakura’s best expressions, her katana, and her broom.

From the PlayStation 4 game “Sakura Wars” comes a Nendoroid of Sakura Amamiya of the Imperial Combat Revue’s Flower Division! She comes with three face plates including a standard expression, a skeptical glaring expression, and a blushing expression.

Optional parts include her Imperial Sword in both sheathed and unsheathed forms, a broom, and an interchangeable lower half part to display her stepping forward as though attacking with her sword. Additionally, a dialogue option text plate based on the game is included as well. Be sure to add the top star of the Flower Division to your collection!