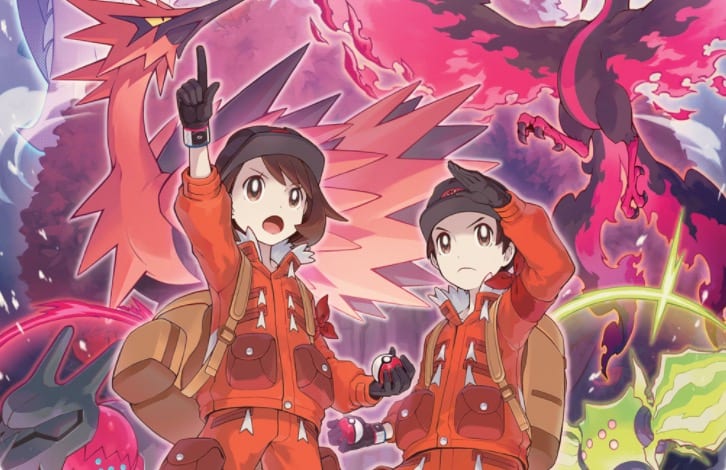 After releasing a brand-new trailer for the upcoming Pokemon Sword and Pokemon Shield expansion pass, The Pokemon Company put out tons of official screenshots and artwork for The Isle of Armor and The Crown Tundra, as well as additional information on the new Pokemon, locales, and features.

We learned from the new trailer that part one of the expansion pass will launch on June 17 and The Crown Tundra is still set to launch sometime in the fall. During the trailer, we got a good look at several new Pokemon, including Galarian Slowbro, Regidrago, and Regieleki.

Galarian Slowbro is a Poison/Psychic-type Pokemon with the ability of Quick Draw. Galarian Slowbro can learn the move Shell Side Arm, which is a Poison-type special move that inflicts either physical or special damage depending on which will damage the target more –it may poison the target as well.

Two new Regi forms were shown off as well; Regiekeli is an Electric-type legendary that knows the special move, Thunder Cage, which not only deals damage to opponents when it lands but it will also cause damage every turn for four to five turns and prevents opponents from fleeing or being changed out.

As far as Regidrago, this one is a Dragon-type legendary that can use Dragon Energy, a move that deals damage depending on the remaining HP of the user.

There are several new features that are being introduced in The Isle of Armor like the Cram-o-matic, which allows players to combine items to create entirely new items like Poke Balls and PP Ups.

In The Crown Tundra, players can compete in the Galarian Star Tournament, which according to the press release from The Pokemon Company, will have trainers battling against various characters from Sword and Shield, and you can even team up with them to tackle the tournament together.

You can enjoy the trailer from earlier today down below and just keep scrolling to see all of the official screenshots and key art:

Pokemon Sword and Shield are now available for the Nintendo Switch. The Isle of Armor will release on June 16.