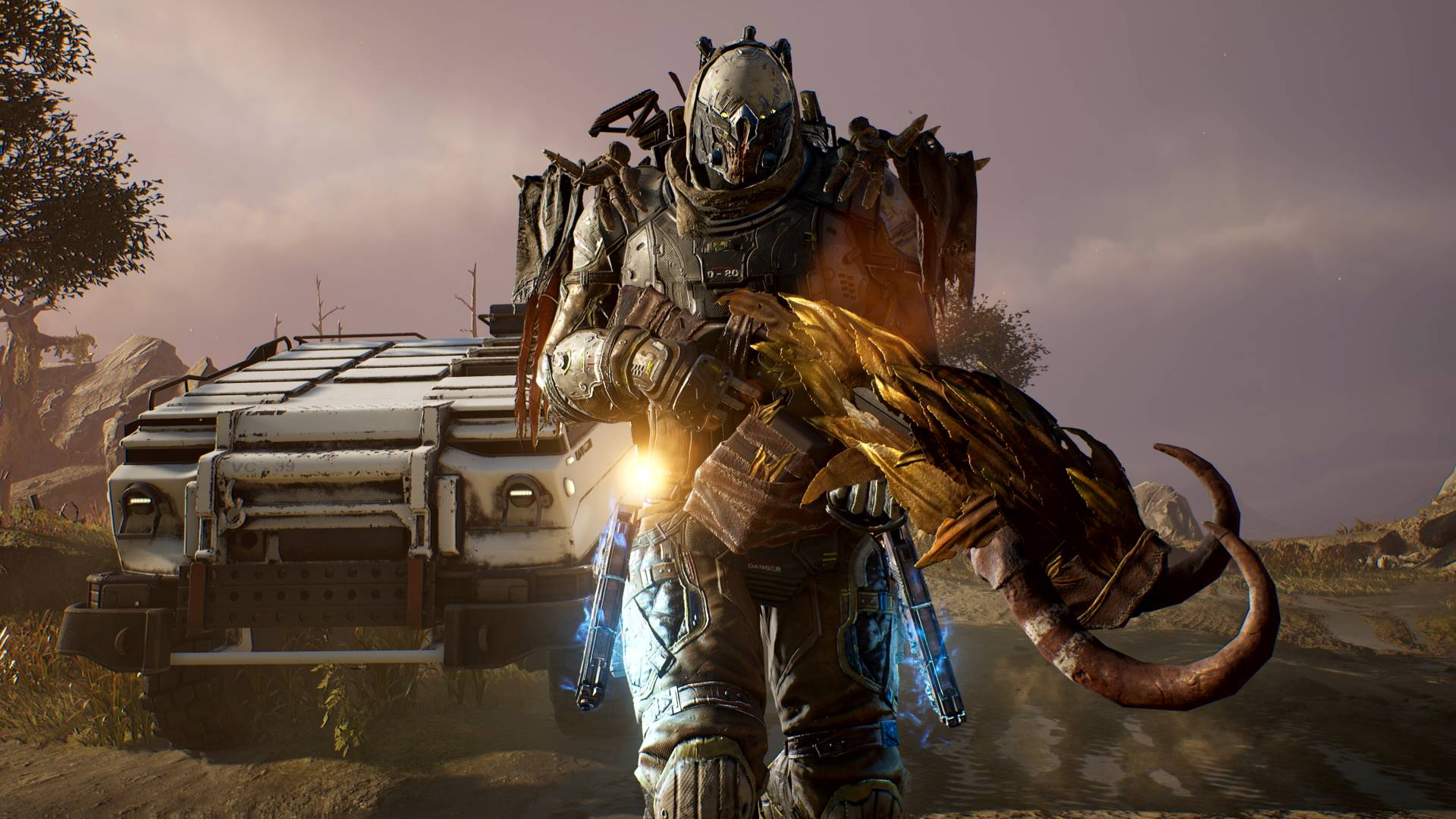 Last week we got a closer look at Outriders, the upcoming 2020 shooter-RPG from Square Enix and People Can Fly. The broadcast was the first in series of monthly deep dives covering a variety of areas. We got to see some more gameplay including the Trickster class in action, got a small taste of the story, and also saw how players will be able to tweak their experience through World Tiers and customizable UI.

While Twinfinite’s Jesse Vitelli got a little taste of Outriders at PAX East this year, this was my first in-depth look at the game up close. And as one of the site’s most enthusiastic shooter-RPG players, it’s naturally one that I’ll be following right the way up until its launch.

Like battle royale, the shooter-RPG genre has flourished this generation into among the most popular in gaming. Further, it’s similarly one whose founding fathers –IPs like Destiny and The Division– practically innovated the entire scene from scratch, with only previous-generation hits like Borderlands and Mass Effect to guide their design.

Contrastly, Outriders arrives with the advantage of having an entire generation’s worth of successes and mistakes to learn from. And what has been shown so far of Outriders appears to demonstrate that People Can Fly are pulling a little bit from everything to create something unique and polished.

Outriders gameplay appears to mix The Division’s third-person combat with the fantastical elements of Destiny. It is set on an exotic planet filled with gritty sci-fi enemies, far removed from any semblance of realism seen in games like The Division.

That isn’t to say there’s anything wrong with The Division’s approach, but there are people (myself included) that like The Division’s combat but get a bit tired of how coupled the game is to reality.

A fusion of solid third-person shooter action with classes and abilities capable of creating a similar power fantasy one experiences in, say, Destiny, sounds very appealing indeed. The gameplay last week that showed the Pyromancer lighting up packs of enemies with its abilities while mixing tactical third-person shooter combat reinforced that they are embracing that concept.

Unlike Destiny and The Division though, Outriders is a pure PvE game so it doesn’t have to worry at all about toning anything down to create a balanced PvP scene. Similar to Borderlands, Outriders can go as far as it wants to spice up its gameplay.

The Trickster demonstration from the broadcast showed how Outriders definitely has a little bit of Borderlands’ wild gameplay in it. The Trickster can warp space and time to teleport around the battlefield, slow down enemies with a swipe from its melee attack, and summon a bubble that nearly stops enemies in their tracks and creates a bullet time effect.

Also, Outriders appears to take a page from Borderlands’ character building. There are three skill trees that players can pluck from. You’re not locked into any (there aren’t strict subclasses like in Destiny), and you should be able to max out one while still having room for some picks from other trees to create your own unique builds. And, if you want to mix things up, you can just respec your character.

The way that Outriders stands out from all those previous games, however, is its commitment to putting out a “complete” game. In other words, Outriders isn’t a ‘game as a service.’ It will have an endgame –though the details of that are currently unknown–, but the story is big part of Outriders and sounds as though it will release as a complete package.

It’s a refreshing change from the norm, though definitely a bit risky in this day and age. Even Mass Effect 3 and Andromeda, two story-driven games that could be compared to Outriders from a gameplay perspective, had separate co-op modes that were meant to have a longterm tail to it. Maybe Outriders’ endgame will include something similar?

Crucially, the game needs to avoid falling victim to the same fate as Anthem; BioWare’s poorly received RPG not only failed from a gameplay perspective but its story wasn’t satisfactory at all.

If Outriders focuses on ensuring those two core elements are exemplary above all else, it doesn’t have to have all the endgame bells and whistles that a game like Destiny has — especially when it isn’t being touted as a live-service-style game.

A complete story, entertaining shooter-RPG mechanics, and a endgame that has long enough legs that players feel content with its value would represent enough of a package. And if Square Enix can nail all of that, it could have something really special on their hands with Outriders.