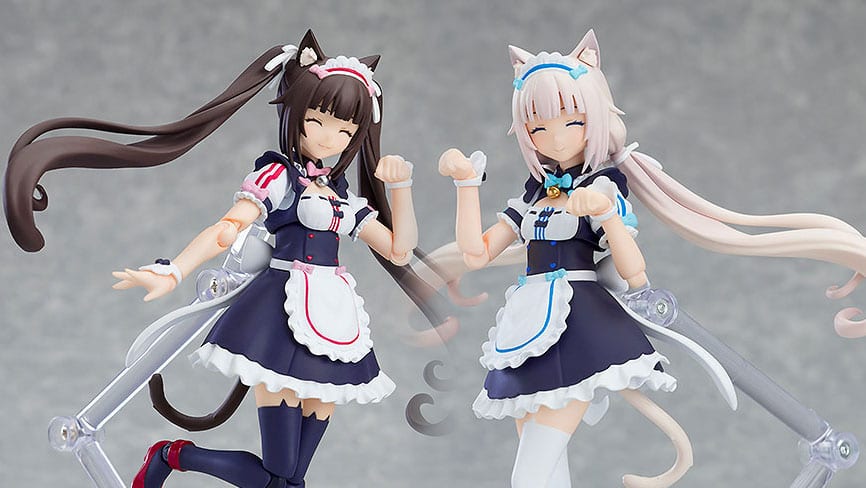 Vanilla and Chocola, the main heroines of the adorable visual novel series Nekopara, have seen a sudden surge of popularity among figure manufacturers as of late.

The latest pair to join the fray comes from Max Factory, part of the popular figma action figure brand.

You can find both Vanilla and Chocola available for pre-order at Ami Ami for 7.300 yen each, roughly translating into $68.

Both figures are going to be released in February 2021, and they’re 130 mm tall, coming with their own bases and accessories, including all you need to sit them at the included table with its own tea and cake sets.

Below you can read an official description of Chocola (Vanilla’s is the same, just swap the cake for “teapot and teacup & saucer”) and take a look at a few images.

From “NEKOPARA” comes a figma of Chocola, one of the two youngest twin sisters of the Minaduki household!

Using the smooth yet posable joints of figma, you can act out a variety of different poses.

A flexible plastic is used for important areas, allowing proportions to be kept without compromising posability.

She comes with three face plates-a smiling face, a blushing face, and a grinning face.

A tray, cake, and fork are included as optional parts.