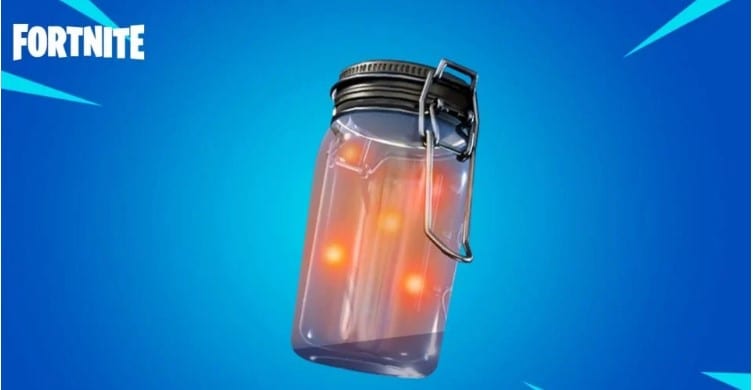 The Fortnite Firefly Jar is a new throwable item that can be obtained in Fortnite Season 3. It acts as a Molotov Cocktail of sorts, forcing players to move out of cover and into your line of fire. In this guide, we’ll talk you through how to get Fireflies in Fortnite and how to use the Firefly Jar.

Where to Find Fireflies in Fortnite

The Firefly Jar isn’t an item you just automatically pick up from a chest. Instead, you’ll have to catch fireflies somewhere on the map.

From our time playing the game since the new item was added into the game, fireflies only tend to spawn around quieter, less built-up areas. Look around forests or the edges of the Fortnite map where there aren’t as many buildings. Another great place to find fireflies in Fortnite was around the campfires dotted around the map.

Getting a Firefly Jar

Once you’ve found some fireflies, the next thing you’ll need to do is make sure you’ve got an empty slot in your inventory. You don’t need to have an empty jar either. You’ll automatically capture them in a jar as long as you’ve got a free space.

Simply walk over to the fireflies and press and hold Square on PS4, X on Xbox One, Y on Switch or E on PC to interact with and capture the fireflies. Now you’ve got a Firefly Jar.

How to Use the Firefly Jar

To use it, simply select it from your inventory. You can then aim it and check the trajectory of the throwable by holding down the aim button (L2/ LT/ ZL/ RMB). Once you’re happy with where it’s going to land, throw it by pressing the fire button.

The Firefly Jar is best used to help pin enemy players down in one position, or prevent them from accessing other cover.

Keep in mind that the damage dealt by a Firefly Jar can also affect you if you get too close.

For more on Fortnite Season 3, head over to our guide wiki.