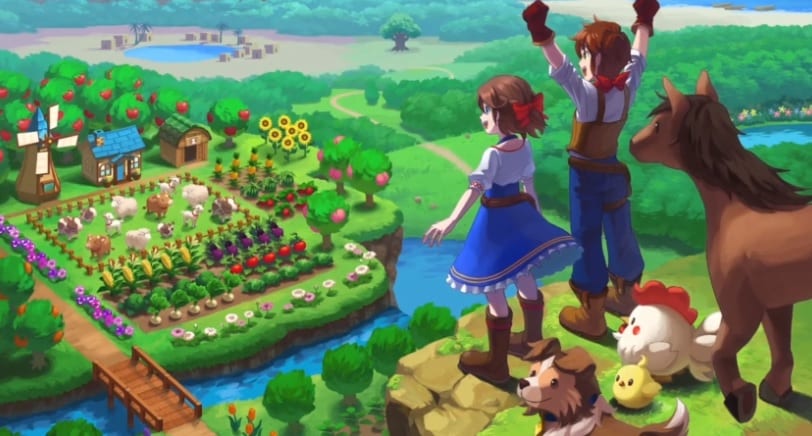 Today during the New Game+ Expo, we got our very first look at Harvest Moon: One World, which was first announced in May.

Harvest Moon: One World, which is being published by Natsume, is the latest game in the Harvest Moon farming simulator series. In addition to managing your own farm, you can befriend new and familiar characters and take on a number of challenges.

What makes this game in the franchise different than previous entries is that it spans a greater area than just a small, rural town: instead, you can explore the world, from snowy mountains to tropical beaches.

Harvest Moon: One World features graphics from a brand new engine. Natsume has stated that while Harvest Moon has evolved over the decades, it has also retained a traditional farming setting that the series has been known for.

In the first look trailer, we got a glimpse of the graphics and gameplay we can look forward to experiencing. We see many familiar elements of the Harvest Moon series, such as farming and ranching, and a wide variety of environments to explore.

It is worth mentioning that in 2012, the original creators of Harvest Moon discontinued the licensing of the series to Natsume and continued the franchise under the name Story of Seasons. Natsume continued to create games under the Harvest Moon name in North America and Europe, beginning with The Lost Valley.

Harvest Moon: One World will be making its way to PS4 and Nintendo Switch in Fall 2020. You can watch the first look trailer below.