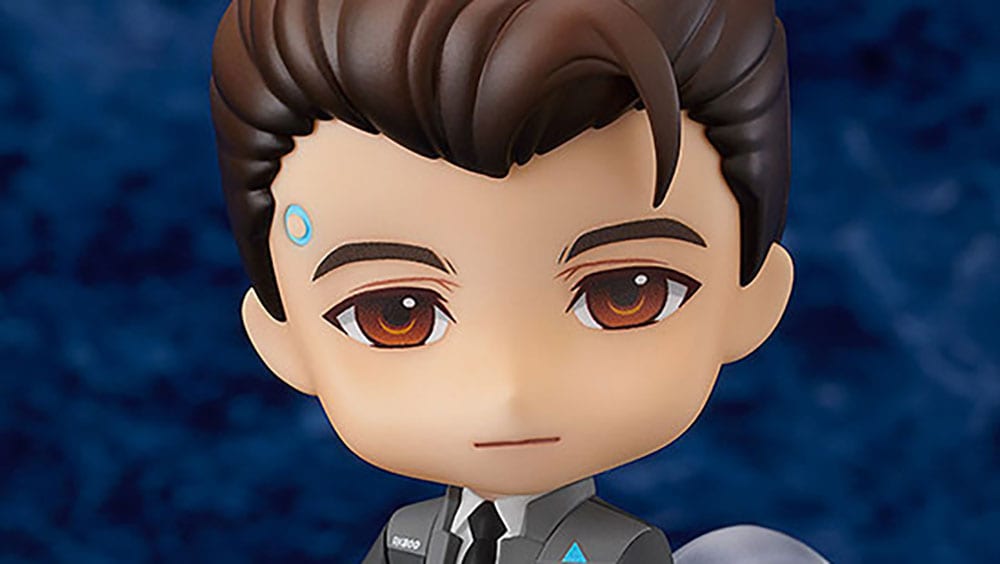 He will release in February 2021 and you can find him on Ami Ami for 4,200 yen, which translates approximately into $39.

He comes in the traditional 100 mm Nendoroid size and the package includes two different face plates with different expressions.

Optional parts include a gun, a fish, and two clear plates with the choices from the game (one doesn’t have any text so you can write your own).

The led ring on his forehead even comes with different colors (blue, yellow, and red).

Below you can read an official description and check out a few charming pictures.

“My name is Connor. I’m the android sent by CyberLife.”

From the popular game “Detroit: Become Human” comes a Nendoroid of the advanced prototype android Connor! He comes with two face plates-a standard expression and a winking expression.

Optional parts include his handgun, a fish, a clear sheet featuring one of the choices from the game as well as a textless version of the clear sheet, allowing you to pose him in different situations making different choices.

The Nendoroid also comes with three interchangeable color variations of the LED ring on his temple, allowing you to display it as either blue, yellow or red. Be sure to add Nendoroid Connor to your collection!

Detroit: Become Human is available for PS4 and has recently been released for PC as well.