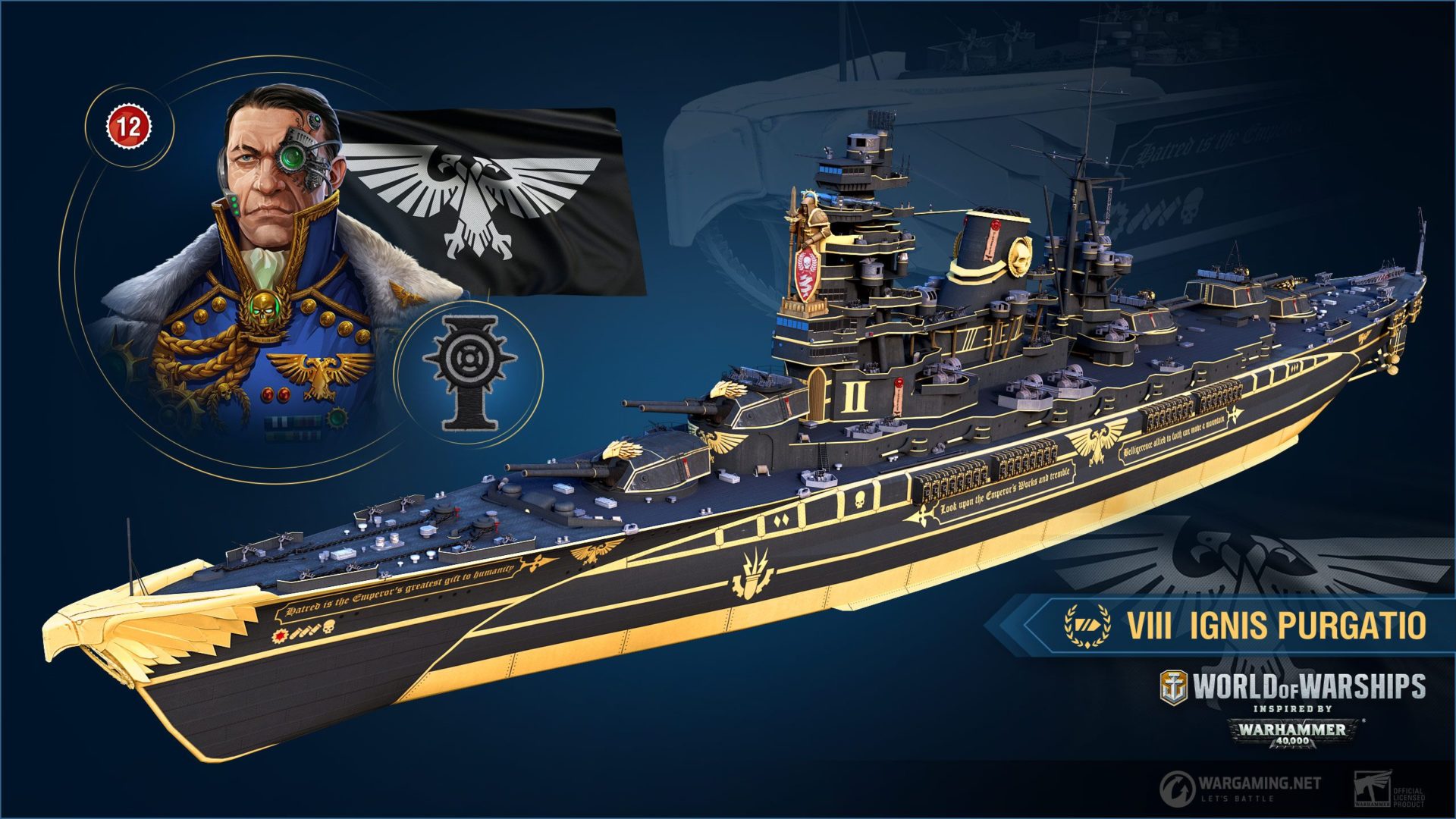 This time around, it’s not about whimsical shipgirls, but the grim darkness of the far fruture. The crossover is bringing Warhammer 40,000 content to the games.

Both games will get the Ignis Purgatio commanded by Justinian Lyons XIII and the Ragnarok, with Arthas Roqthar the Cold at the helm representing the Imperium and Chaos respectively.

You can see what they look like in the gallery below, alongside with their commanders, patches, and flags.

Speaking of patches and flags, a pre-sale package will be available on PC on May 276 including those and access to a special mission bonus that will let you earn Warhammer 40,000 containers with themed ships, commanders, and camouflages.

“We are very excited to collaborate with such an iconic brand that gathers an incredibly passionate audience, some of them coming from our own ranks.

The gothic, grim atmosphere of Warhammer 40,000 provides a sharp edge to the realistic World of Warships universe, which makes this collaboration even more interesting.”

World of Warships is currently available for PC, while Legends is for PS4 and Xbox One.