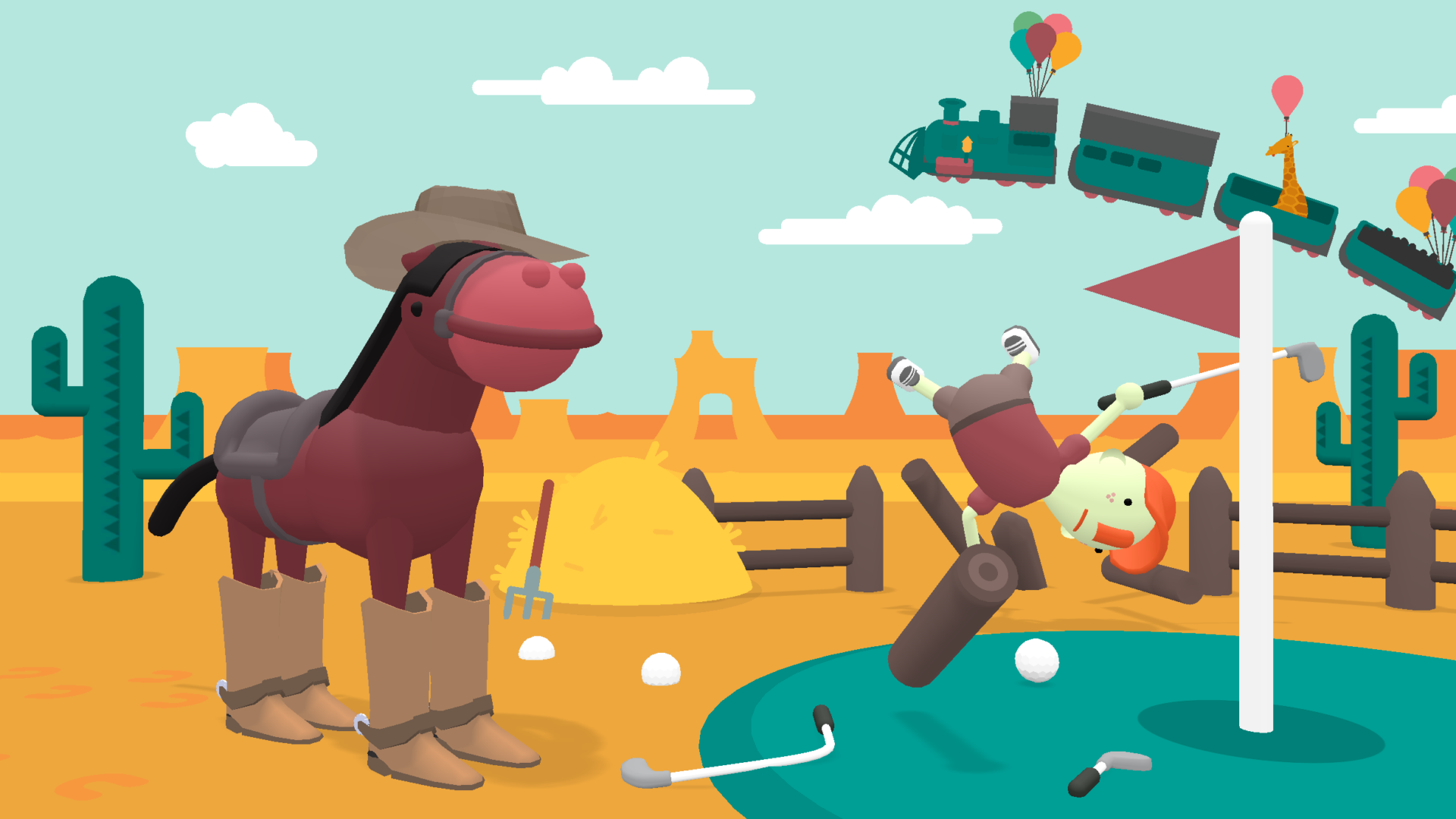 After launching on PC and iOS in 2019, the Switch release date has been revealed for What the Golf?

The handheld-hybrid version of the quirky golf game was revealed by Nintendo in August of last year and it has now been confirmed that it will release on May 21. You can see the brand new trailer down below.

The release date announcement was accompanied by the reveal of a new two-player party mode. The developer said:

“This new and exciting local two-player Party mode allows friends to compete in a cavalcade of very, very serious golf courses in an attempt to make it to the flag, but both play at the same time (you know, like real golf). The Nintendo Switch version integrates some of the Switch functionalities like the touch screen and the gyro for select levels and also adds a few… surprises for players too.”

Initially launching on the Apple Arcade service, What The Golf? is a silly game that, as the developers say, is “the golf game for people who hate golf.” You’ll be doing different things on each course and don’t expect to be simply hitting a ball towards a hole.

What The Golf? will release on Nintendo Switch on May 21.