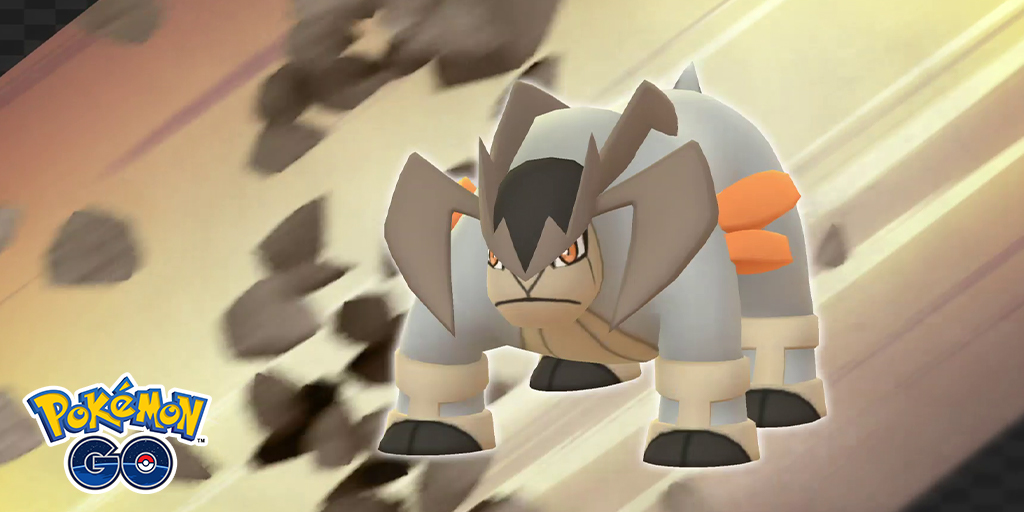 Terrakion is one of the best Rock-type creatures in Pokemon GO. But you’ll need to learn a lot more than that to add one to your team. Here’s everything you need to know about the Terrakion raid, counters, stats & morein Pokemon GO.

Terrakion is one part of the Swords of Justice Legendaries (Cobalion, Virizion, Keldeo) so that means this Pokemon is part Fighting. Now, don’t get too excited and throw a bunch of Psychic-types at it. Some of them will be good, but you also might have better options too.

You can duo this raid with proper counters and adding more trailers into the mix will only make things easier.

How to Catch Terrakion in Pokemon GO

Terrakion can only be found in level-five raids. Beat the raid with a group of trainers and you’ll get the chance to catch this Legendary Pokemon.

Terrakion is Rock/Fighting which means that it has a massive list of powerful counters. This Pokemon’s counters are mainly Grass, Water, Psychic, and Steel.

Most of the counters are Shadow Pokemon, so we’ll include more than the usual 10. That’s because know many trainers still haven’t amassed a large team of viable Shadow Pokemon.

Don’t be discouraged by all the Shadow Pokemon you’re about to see. Just know that there are plenty of viable regular mons out there. They’re still solid options despite there being many other more powerful counters.

If you don’t have the Shadow versions of the Pokemon mentioned, then the normal forms will do. The only exceptions are with Gyarados and Torterra. Those both need to be Shadow Pokemon to be viable.

Psychic-types take up about half of this list of the top 16 counters for the Terrakion raid. The number goes above that if you count Metagross even though it only needs Steel-type attacks.

Besides the Psychic Pokemon, a mix of Fighting-, Steel-, Water-, and Grass-types fill out the counters list.

Note: All counters listed are level 35, do not account for the raid boss’ moveset, and have no weather or friend bonuses.

Terrakion looks bulky, but it’s almost closer to a glass cannon. It has a massive attack stat along with much less desirable numbers in HP and defense. It’s great for taking on Flying or Fire raids with Smack Down and Rock Slide.

Sadly, its lack of staying power makes it completely useless in PvP battles. If it wasn’t part Fighting, then it would be a great counter to Togekiss. Terrakion has a good moveset, but it’ll never be relevant in PvP with its current stats.

Terrakion has solid attacks in Pokemon GO. But you should just stick to the Rock-type moves since it should only be used in raids. Also, Smack Down is a great fast move with an even better sound effect.

Again, just stick to the Rock-type move here which is Rock Slide. Earthquake and Close Combat are great moves, but there’s no point in wasting the Candy and Stardust to add a second charge move to Terrakion.

You already know what the story is here. Terrakion can run over so many different Pokemon. Of course, that’s assuming that nobody hits back. It has one of the highest attack stats in the game, decent HP, and poor defense. It’s a disappointing combination.

Fortunately, Terrakion’s high attack and STAB-focused moveset will help carry it as a top raid counter against Flying-, Bug-, and Fire-types.

That’s all there is to know about the Terrakion raid, counters, stats and more in Pokemon GO. If you want to learn more about the changes coming to Poke Coints, then check out all the details here. Also, don’t forget to read about the next Community Day, featuring Seedot.