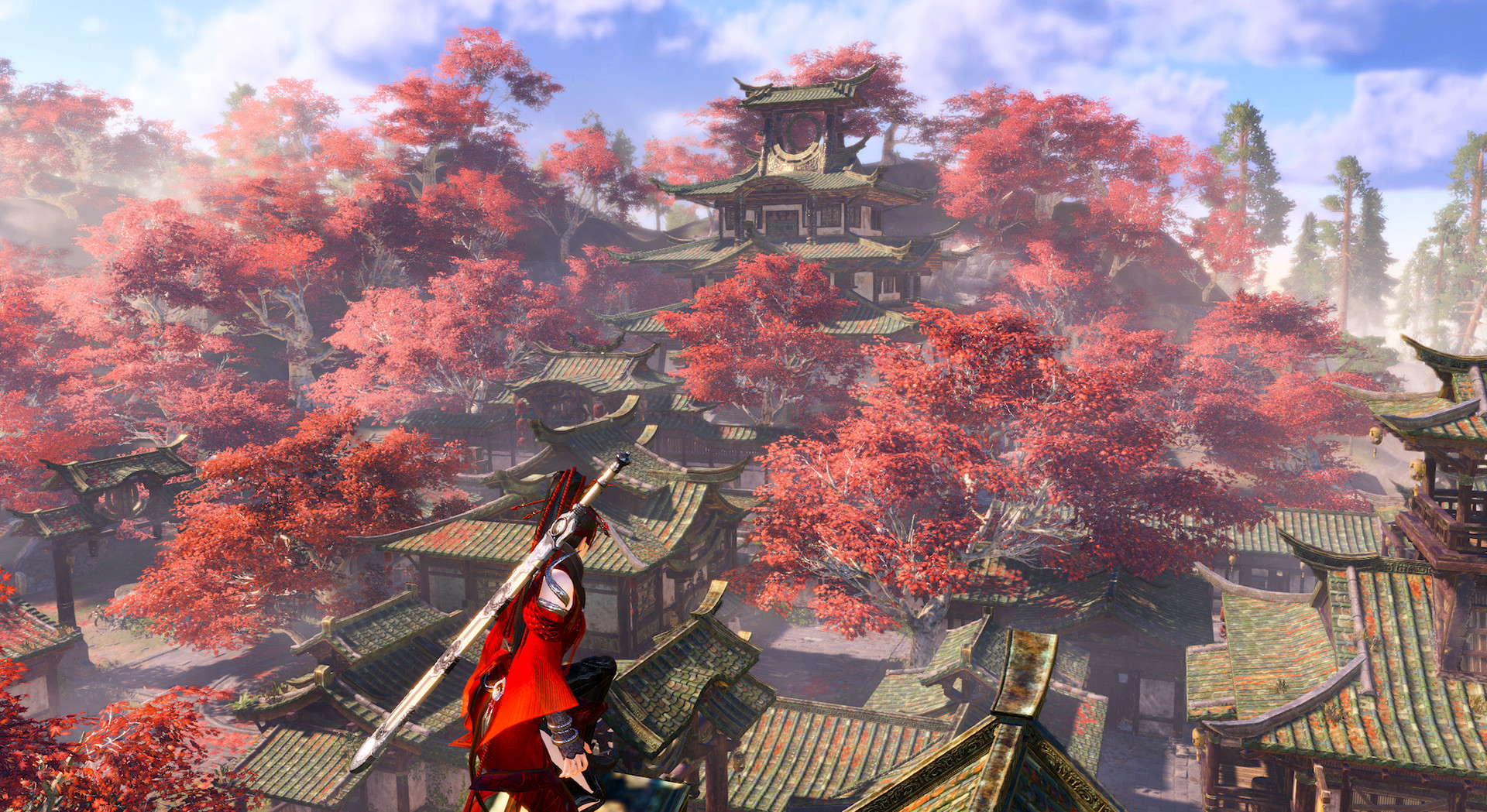 As you’ll see below, Nakara’s “boundless movement system” is on full display, as the demonstration reveals how climbing, hanging, parkour, and an aim-where-you-want grappling hook come together in impressive fashion.

In particular, today’s trailer showcases Mehlika in action; each character in the game has their own unique power, and Mehlika’s sneaky attack in today’s video is as a result of her using the power of invisibility.

Developer 24 Entertainment describes Nakara: Bladepoint as being “designed to provide a brand-new experience of melee combat and world exploration. Integrating Eastern aesthetics and philosophy, (the game) presents a forsaken realm of splendid landscapes as well as inexplicable enigmas.”

You can also check out some screenshots of the game in action below.

More information on Nakara: Bladepoint is available over on its Steam page. The game is expected to launch sometime this year. A console release is also in the works, though no specific platforms beyond PC have yet been confirmed.

In other news related to NetEase’s 520 Game Conference earlier today, Project: Ragnarok was revealed for the first time. It’s a AAA open-world action game set in a world based on Norse mythology.