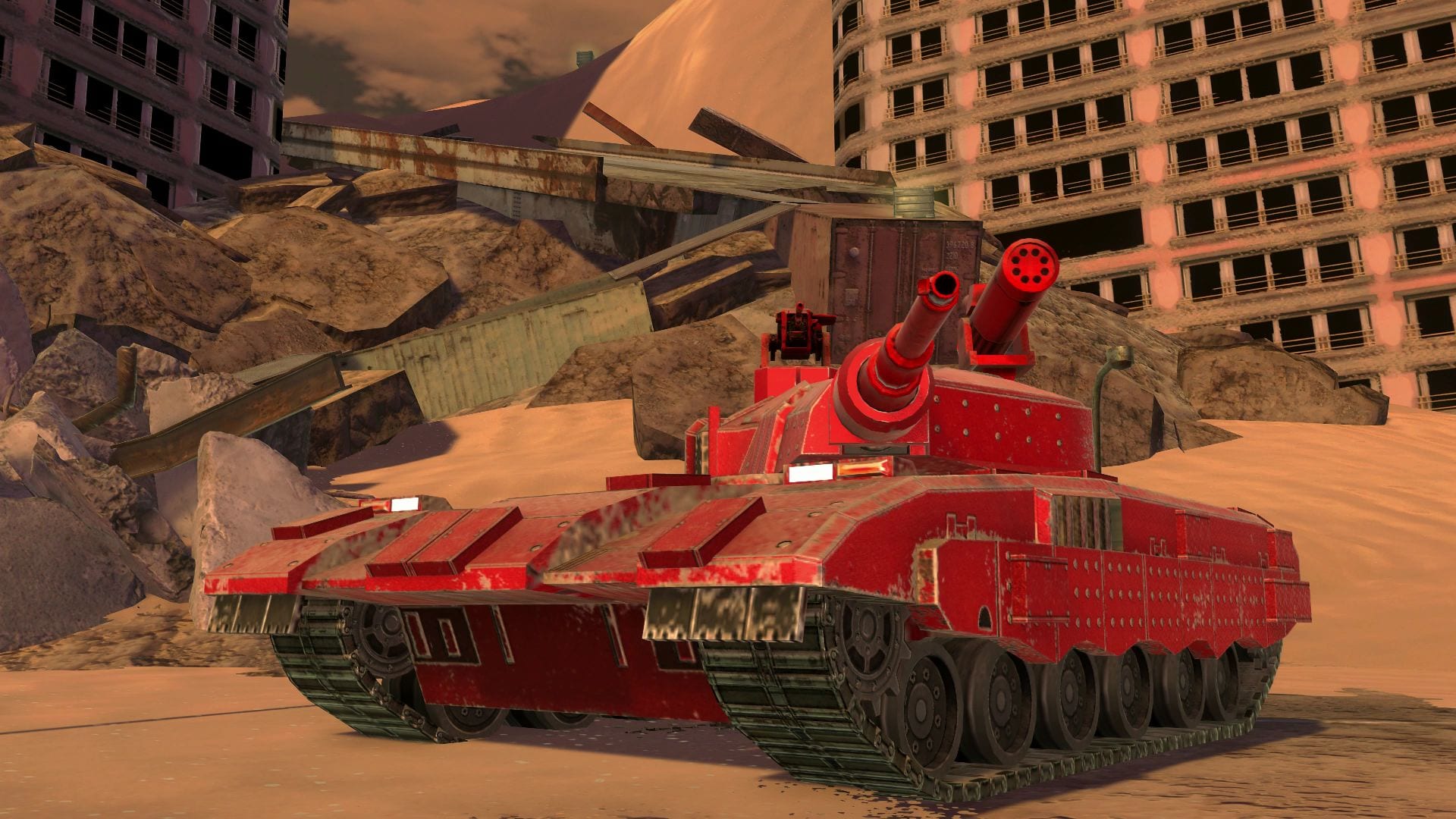 First of all, we take a look at vehicle customization, which has always been a focus for the franchise. You can customize up to 13 parts. The degree of customizability has been expanded dramatically from the original game.

First of all, you can customize your turrets. Fixed weapons aren’t a thing anymore and you can install up to five in each vehicle completely to your liking.

You can also unlock up to five chip sockets so that you can customize each vehicle fully with Chips. This means that even vehicles acquired close to the beginning of the game remain viable longer.

The chassis can also be overhailed by increasing armor and reducing weight. In turn, weight reduction might allow you to install more powerful (and heavier) weapons.

Interestingly, the W Engine chip which uses three sockets can now be mounted on all vehicles, meaning that you can mount two engines on them.

We also get to see four vehicles included in the game, the lightweight vehicle Field Bus, the medium tank PLT-1 (modeled after the Polish PL-01), the heavy tank Ochibi-chan (which is inspired by the Panzer VIII Maus and is actually really heavy in spite of its name), and the classic Wolf.

If you want to learn more about Metal Max Xeno Reborn, you can check out the original announcement, the first trailer, the previoust batch of screenshots, the one released before, some recent videos, and the latest trailer.