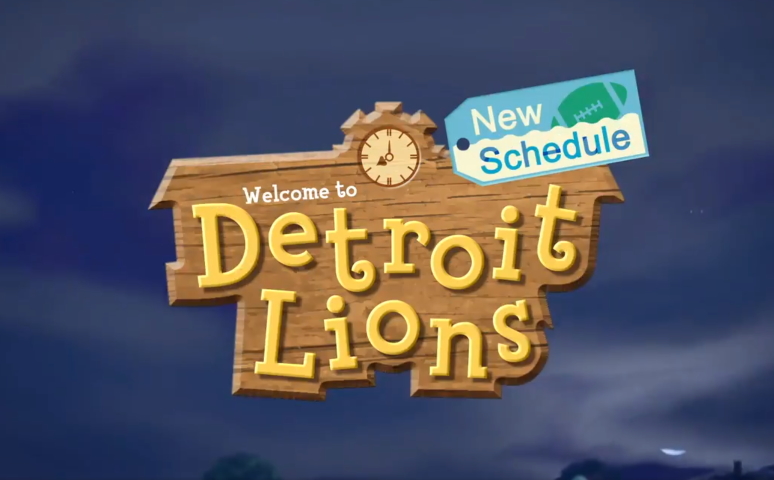 It seems like everyone has been playing Animal Crossing: New Horizons lately, even the Detroit Lions. The NFL team used the game to show off the 2020 season schedule in a creative way.

In a nearly seven-minute-long video posted to Twitter, the video opens with an introduction by Animal Crossing’s Tom Nook. Then, we see the player character wearing Stafford’s jersey and running around his New Horizons island uncovering each week’s matchup.

The reveals get quite creative, as they are tailored to each team the Lions will be playing against in the upcoming season. For example, the first reveal shows Stafford burying a bear in the ground, representing the Lions playing against the Chicago Bears on Sept. 13.

There’s a reveal for every game the Lions will be playing in the 2020 season, each one showing off something creative in Animal Crossing to represent which team they’ll be playing against that week. There’s even one for the team’s bye week, in which the player character goes to sleep.

In addition to the 2020 season schedule video, the Lions Twitter account also posted codes to download custom design Lions jerseys of various players on the team in your own copy of New Horizons. You can find the codes here.

It’s pretty fun to see Animal Crossing reaching such a wide audience, even as far as NFL teams enjoying the game. You can watch the full video of the Lions creative schedule announcement below.