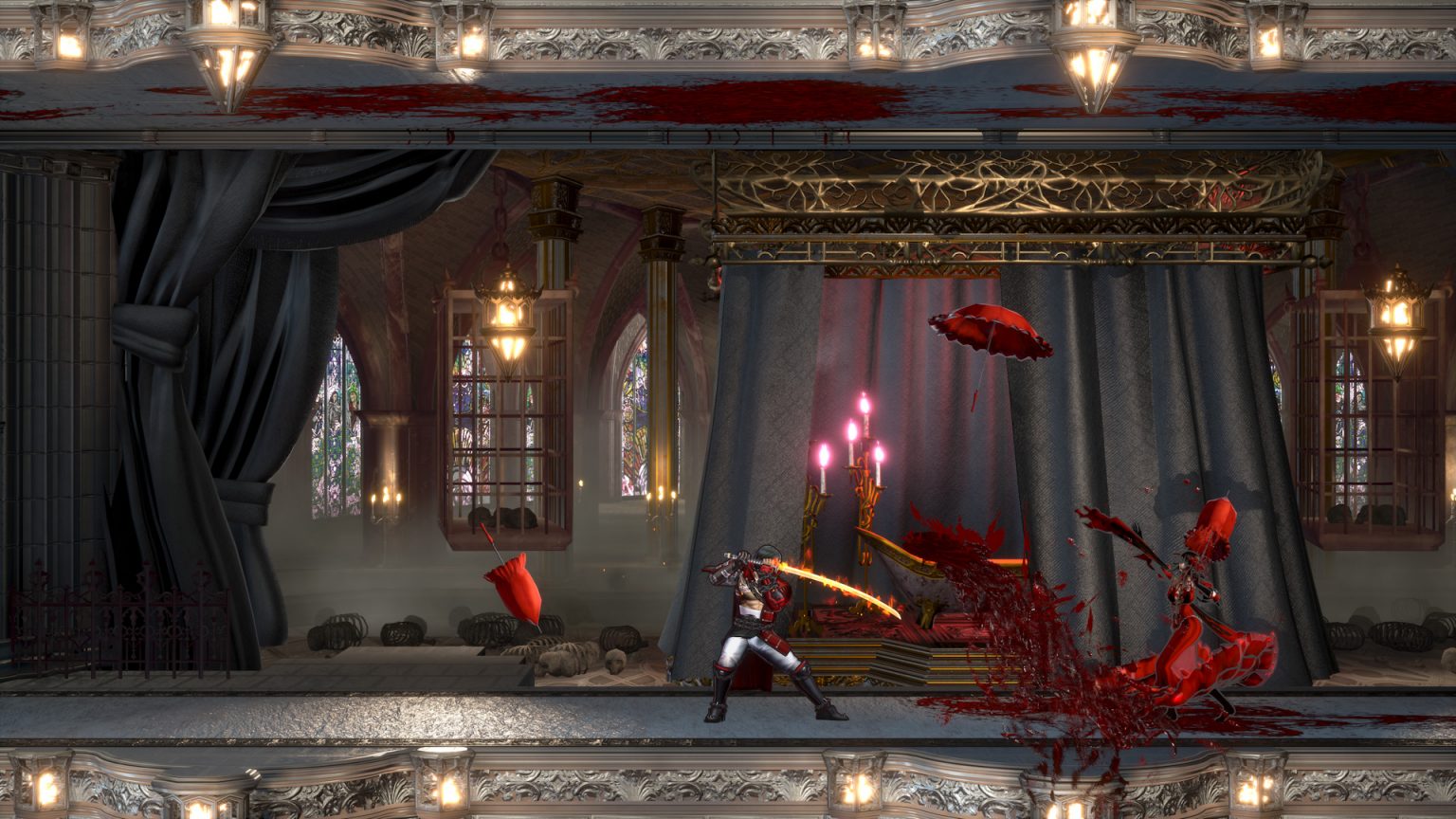 Bloodstained: Ritual of the Night was one of our favorite games of 2019, and we called it one of the best modern Metroidvania games we’d played in a while. Ever since it got fully funded on Kickstarter, the developers have certainly paid attention to fan feedback and have adjusted and improved the game accordingly, and it’s getting one of the promised major free updates later this week.

On May 7, 505 Games will release a new update for Bloodstained: Ritual of the Night on PS4, Xbox One, and PC. The Switch update will come a little later, possibly at the end of May or beginning of June.

This update will finally introduce Zangetsu as a playable character, voiced by none other than David Hayter. While Zangetsu played a key role in the campaign of the game, he wasn’t actually playable. For players who have already beaten the game and gotten the good ending, you’ll be able to start a new playthrough with him.

A Zangetsu playthrough will be vastly different from a Miriam playthrough. For starters, there will be no cutscenes, and the crafting and equipment systems will also be disabled. Zangetsu doesn’t have access to Shard abilities, so you’ll have to rely on his katana skills and other special abilities that consume MP.

Aside from just adding Zangetsu, this new update will also introduce the randomizer mode that essentially turns Bloodstained: Ritual of the Night into a rogue-like game. You’ll have the ability to customize the game’s parameters such as warp and save room locations, enemy drops, as well as goals and win conditions.

These are major additions to what was already a very beefy game, and they’ll definitely add even more replay value for players who can’t get enough of this world.