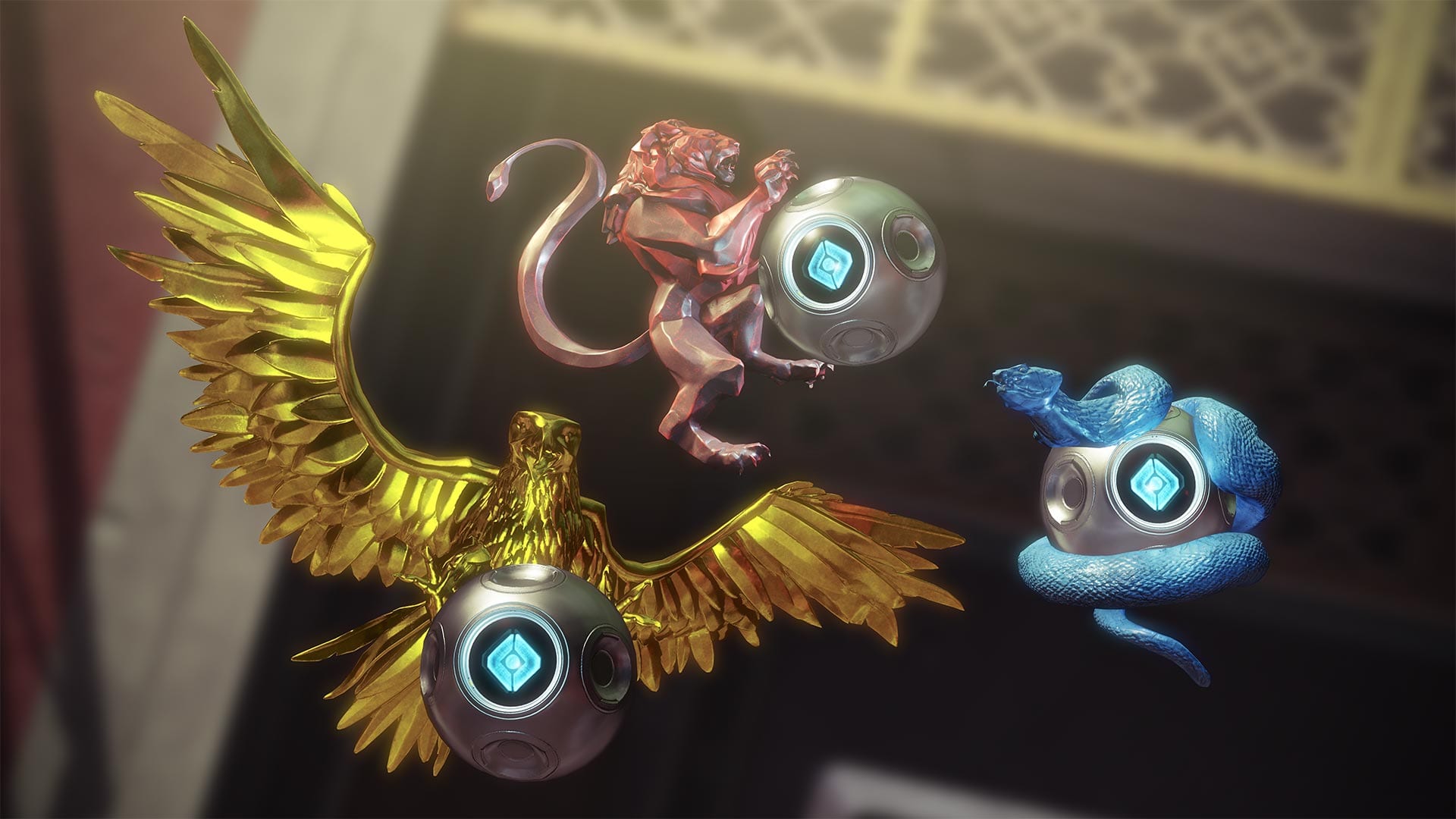 This morning we got to get a feel for what the Tower will be like when the Guardian Games event begins next week. This evening via the latest Destiny 2 TWAB, we learned a little bit more about how winners will be declared.

The best bit of news is that Bungie is aware there are more Hunters than any other class in Destiny 2, and the point system to determine the winner will be weighted to account for that fact and there will be an even playing field.

Each day during the Guardian Games you’ll be able to earn bronze, silver, and gold medals by participating in certain game modes and picking up laurels on the battlefield by defeating enemies with your new fancy class item equipped (see below).

Every day at reset, the precious medal adorning your class item will change to reflect your class’s current position. For example, if you’re in second place, it will be silver. At the end of the event, it will lock for the rest of year based on your placement.

The other, particularly notable, portion of the TWAB acknowledged some of the problems that players are having with the current seasonal model such as FOMO, issues with Trials of Osiris, and restrictions of play styles. Without getting any detail, they wrapped up the TWAB by saying that there are short-term, and long-term plans in place to address these issues with some changes coming next season and other, more complex fixes coming in season 12. You can read the full statement below:

So, we come to a close on another TWAB but we understand that there are some topics that weren’t covered on here that you may have strong desire to know more about. Eververse, Trials improvements, our plans to address FOMO, tackling the bounty problem, and more. There are also questions like “What about feeling like players can’t play their way? What about Ritual weapons, anti-cheat improvements, etc?” .

We’ve been having frequent syncs to talk through these issues and more. Many of them require a long-term plan with short-term mitigation to help ease the pain. The last thing we want to do is over-commit to changes that ultimately may be reversed, or sign the team up for work that leads to crunch. We don’t want to make promises we know we can’t keep, so to speak.

Over the next few weeks, we hope to solidify some plans and get them communicated out. We’re looking at what can be accomplished in Season 11, which is coming much faster than many of us can believe. Some topics will be tackled in Season 12, as they’ll require larger scale systematic changes.

Thank you again to everyone that’s been giving feedback on Destiny over the years. This train never stops, and we hope to share our next steps with you soon. Until next time, we’ll see you out there in the wild.