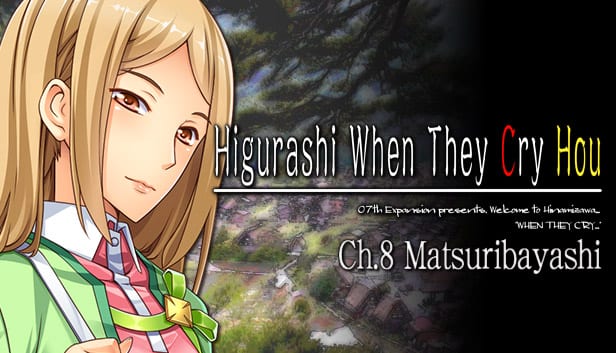 The conclusion of the popular visual novel series will be released both on Steam and on MangaGamer’s own shop, where pre-orders will grant you a 10% discount. The price will be a quite affordable $7.95.

If you’re unfamiliar with the game, here’s how MangaGamer describes it in the press release.

The 58th year of Showa, early summer.
It’s June, and the summer heat has arrived earlier than it does most years.
By day there are crickets, and by night there are cicadas.

We’re in Hinamizawa, a small village in the countryside.
There are fewer than two thousand people here. But every year, there is an event.

On a certain day in June, someone dies, and someone else goes missing.
The series of deaths is connected to the upheaval surrounding the dam construction project.
A murder case that was covered up is being reenacted.
Is it a conspiracy? A coincidence? Or perhaps a curse?

What once was thought to be certain, proves malleable, and patterns begin to emerge.

There is no way to avert this tragedy. There is no choice but to give up trying.

For the days after the end.

Below you can check out a few screenshots and the opening cutscene of Higurashi When They Cry Hou Ch. 8: Matsuribayashi.