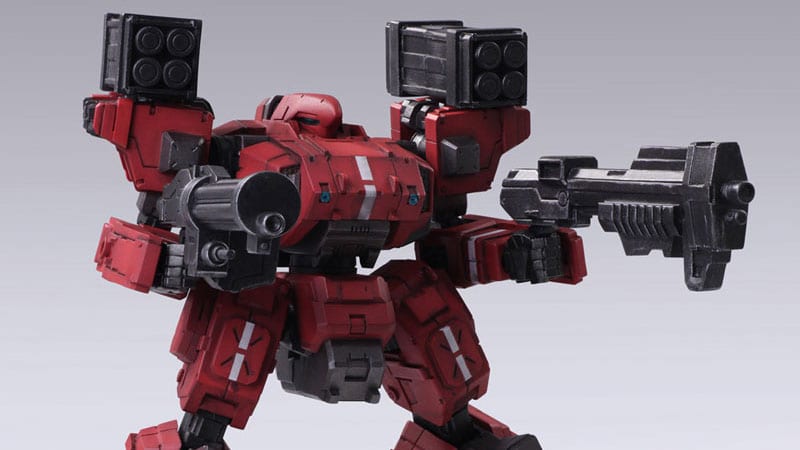 The figures are now available on Japanese retailers like Ami Ami, including the Frost in Hell’s Wall and city camouflages, the Grilezex in Goryuu and city camos, and the Kyojun’s Glen’s version and city camo.

The release windows are distributed between August 2020 and January 2021.

They all come with weapons, alternate hands, and some even have alternate heads.

If you want to check out what they look like, you can check out all six models in the gallery below.

This comes as the series’ “proper” releases have been basically dormant since 2008, with the forgettable Front Mission Evolved in 2010 and the pretty disastrous Left Alive last year.

Fans have been clamoring for a proper tactical JRPG entry for the Front Mission series for quite a while, but at least for now, all we get is action figures.

To be fair, they look quite good, so there’s that. Here’s hoping to finally see a proper Front Mission game at some point.