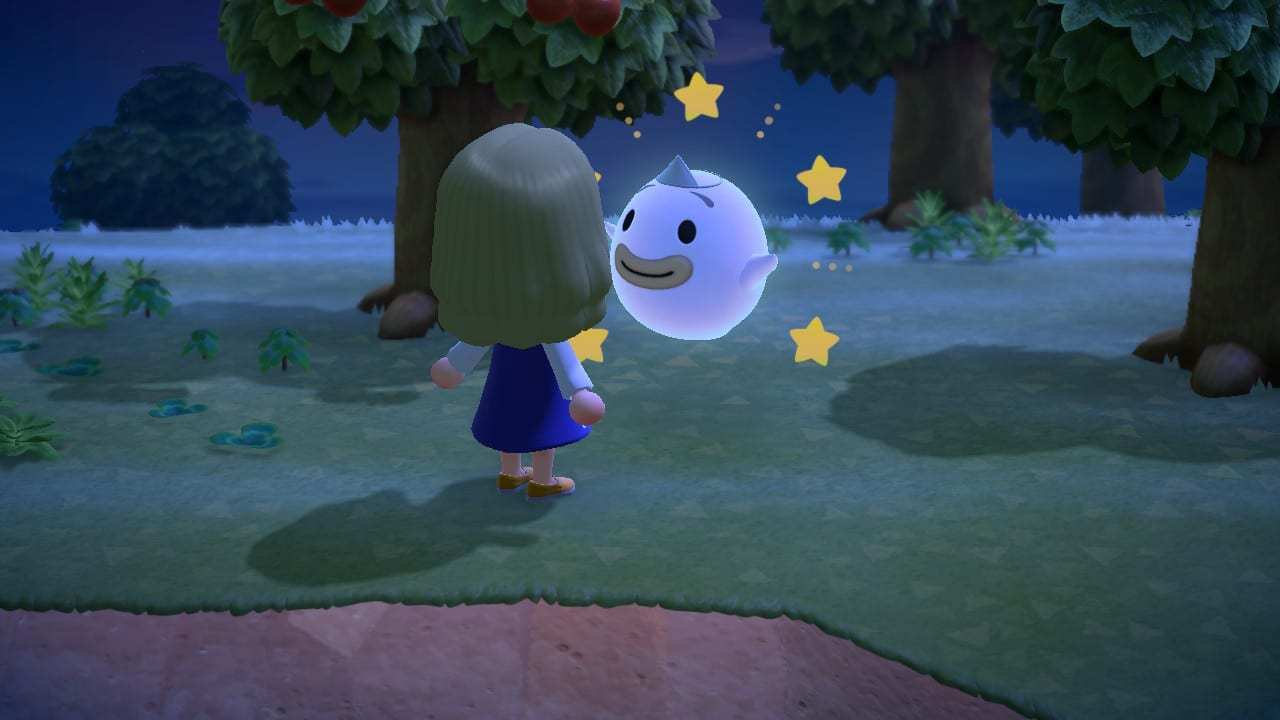 Animal Crossing is filled to the brim with activities for players to enjoy. However, when the sun sets and all of the stores in the game close for the day, you might be wondering what else there is to do. Here are the best things to do at night in Animal Crossing New Horizons.

Best Things to Do at Night in Animal Crossing New Horizons

Did you know there are some bugs that only come out at night? A good example of this is the tarantula, which comes out between 7:00 p.m. and 4:00 a.m., so the only time you can catch them is after the sun sets.

If you are trying to fill your museum collection, it’s absolutely necessary that you spend time catching bugs at night. Even if you’re not interested in collecting, tarantulas sell for 8,000 bells, so you could use the time to stock up on them to make some extra money.

Just like bugs, there are some fish that only come out at night, such as some types of sharks. Like bugs, some are quite rare and some are even seasonal, so make sure you check which fish are catchable in the game right now.

Whether you’re trying to add species to your museum or selling them for bells, there’s something very relaxing about fishing late at night while listening to the game’s calming soundtrack.

Wisp is a ghost who appears on islands only at night. He gets spooked very easily, and when you try to talk to him, his spirit breaks up into five pieces and scatters around the island.

If you return all five pieces of his spirit, he will reward you with a rare or expensive item. Wisp won’t appear every single night, but since he can only appear after it is dark, be sure to check your entire island for him floating around.

Whether you’ve met Celeste yet or not, another activity that can only be done at night in New Horizons is wishing on shooting stars. On clear nights, you can look up into the sky for a chance to see a meteor flying across the sky.

To wish on the shooting star, just press the A button as soon as you see it appear. Your character will make a wishing movement, and the next day, a star fragment will appear on your beach.

You can do this for as many shooting stars as you see. Just don’t tell anyone what you wished for, or it won’t come true!

Scan Your Island for Fossils and Extra Materials

Maybe you already searched around your island for all hidden goodies during the day, but it’s possible you may have missed stuff.

Every day, four cracks in the ground will appear on your island, and by digging them up with a shovel, you can find fossils. These can be assessed and donated at the museum at any time of the day since the museum is open 24/7.

Additionally, if you didn’t have time during the day to harvest wood and fruit from trees, or hit all of your rocks with your shovel for crafting materials, it’s a good idea to do them at night.

These materials can be collected every day, so if you’re trying to stock up, don’t let a day go by without gathering them.

Go on an Island Tour

Traveling to other islands on an Island Tour is a fun activity to do at any time of the day in New Horizons. You can visit these special islands by purchasing a Nook Miles Ticket.

On these islands, you can do a lot of similar things that you can do on your own island: catch bugs and fish, dig up fossils, and collect fruit; however, there is a chance for finding rare foreign fruit or hybrid flowers.

Visiting another island isn’t too different at night than it is during the day, but it’s an extra opportunity to catch fish and bugs that only appear at night or to get additional crafting materials like wood and iron if you ran out of them on your own island.

Check in With Your Villagers

Talking to your villagers each day can be a good way to earn Nook Miles. Even if you already spoke with them during the day, it’s a good idea to check in with them at night, too.

Villagers often have different dialogue during the night, and it can be interesting to see what they are up to. Some night-owl villagers may be out and about walking around the island, commenting on how it’s late.

Other villagers might be inside their homes. You can tell they are awake if their lights are on. If they are awake, go inside and visit them. They might be crafting something, and they will share the DIY recipe with you.

When all else fails, use the extra time at night to redecorate. New Horizons has so many options for customization, and there are endless ways to make your island your very own.

Using the night hours to decorate the inside of your house is a great idea because there’s no difference between night and day when you’re indoors. Even after the shops are closed, you can still spend time inside your house rearranging the furniture you’ve acquired.

As you can see, there are plenty of activities to do even during the late hours in the game. Those are all of the best things to do at night in Animal Crossing New Horizons. For more tips, tricks, and guides, visit our New Horizons guide wiki.