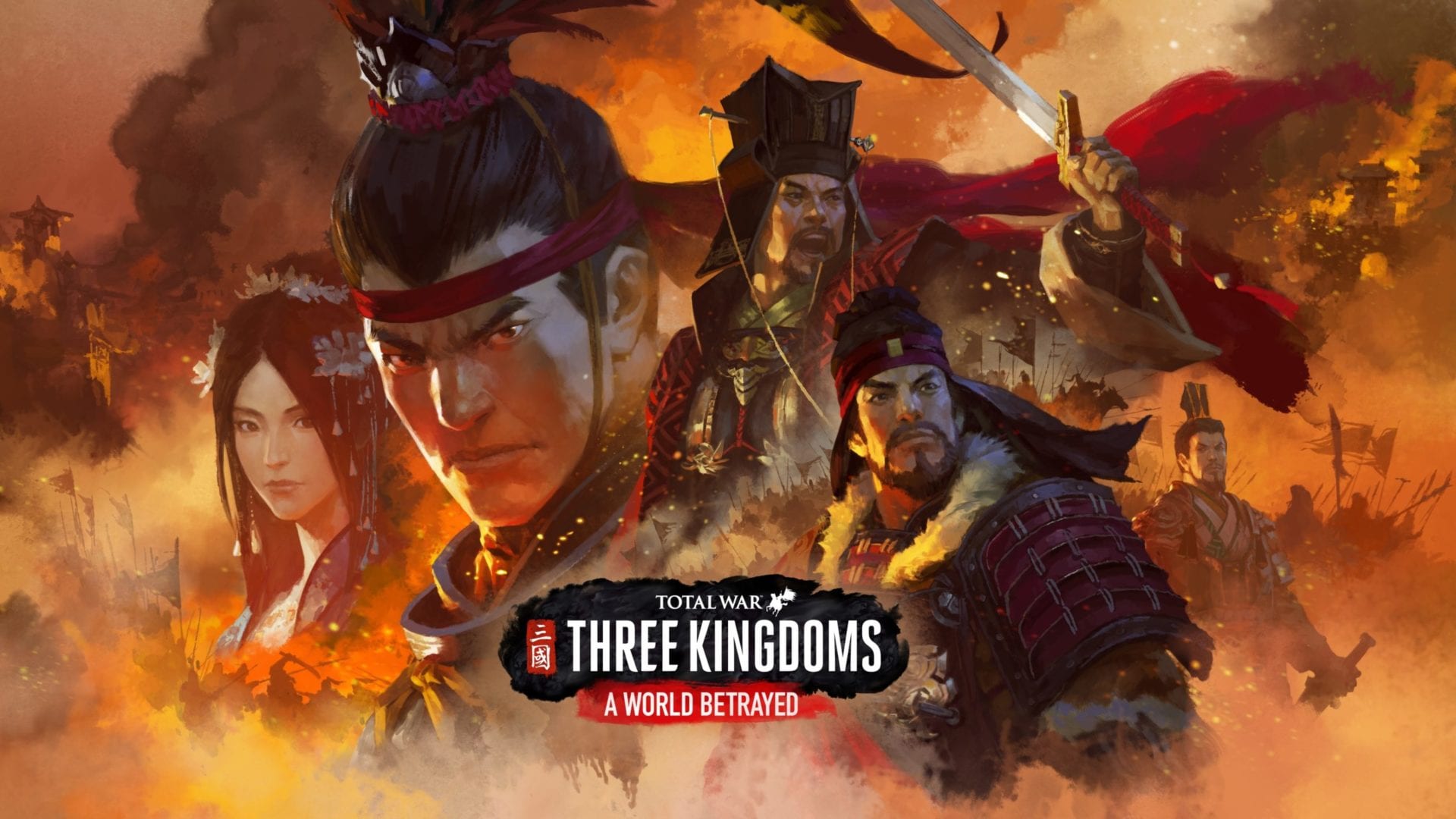 A World Betrayed is the latest expansion for the fantastic Total War: Three Kingdoms, and while it doesn’t shake things up quite to the extent that Mandate of Heaven did when it released just two short months ago, it breathes more life into a game that was already the benchmark against which I judge all other grand strategy games.

The focus of A World Betrayed is on Sun Ce and Lu Bu, two hugely important characters. These characters were playable previously, but now are available as faction leaders from the outset. Both have unique campaign mechanics, and new units and officers to serve under them.

Whereas Mandate of Heaven served as a prequel to the main scenario of the base Three Kingdoms game (set in 182 and 190 CE, respectively), A World Betrayed is set four years later than Three Kingdoms, in 194. You might not think that a slightly later start date would be a massive deal, but it kind of is.

That’s because this new start date lets you play as the original movers and shakers of the era (Liu Bei, Cao Cao et al), but cuts out the relatively slow first dozen or so turns of a Total War game. Each of these factions (with the exception of Lu Bu and Sun Ce, interestingly enough) has several territories under their command from the outset and has researched and unlocked a few basic reforms as well. It also means you can jump straight into the action right from the onset.

If you are anything like me (nearly 300 hours logged after reviewing the base game and the subsequent expansions and playing for my own enjoyment) then this is a whole new lease on life, as these older factions start in different places, and the whole map feels fresh when seen from these different perspectives.

This is in large part thanks to the narrative imperative and mechanical incentive to push south. The Southlands are, of course, the ancestral homeland of Sun Ce, and he is spurred toward the rewards offered for capturing territory in that region. Yan Baihu (the new bandit leader released alongside A World Betrayed in a free patch), also begins the campaign in this area and between the two of them, the whole south-eastern part of the map has become quite hotly contested, where it was once something of a backwater.

Sun Ce’s faction mechanic, Reckless Luck, is completely at odds with how I like to play a Total War game, and it forced me to adapt my long-ingrained stratagems. To reflect both the brilliance and recklessness of the Little Conqueror, each turn you lose a set amount of Reckless Luck, Sun Ce’s faction resource, and if it ever runs out completely, then he dies.

You earn this resource by completing Legacy of Wu objectives, and these can range from capturing entire commanderies, leveling up certain kinds of generals or achieving historical goals within a set amount of time. It forces you to be aggressive, and yes, even reckless because if you aren’t, you are going to lose your most important character. If you are a more defensive player like me, than this can be extremely anxiety-inducing, but also totally liberating.

Lu Bu’s faction mechanic is similar but different in a few key ways. As you might expect of the Warrior Without Equal, Lu Bu earns his faction resource, Momentum, by seeking out and defeating the greatest warriors of the age, heavy hitters like Guan Yu or Xiahou Dun. You are punished for resting on your laurels, as Momentum decreases each turn, and you are always looking for the next battle.

With access to incredibly powerful elite units like the greatsword-wielding Camp Crushers and his own Xiliang personal guard, a Lu Bu campaign is a true quality vs quantity scenario, as he begins surrounded by a multitude of lesser, but more numerous opponents. When victorious after a battle, Lu Bu is able to reset his movement points (at the cost of tiring his forces) and keep on the move, overwhelming opponents with the relentless ferocity of his desire to dominate.

Both Sun Ce and Lu Bu’s campaigns feature the added narrative focus that was first really introduced with the Warhammer games, but has been truly refined in Three Kingdoms and its expansions, and is its greatest strength. There are dozens of events that can fire once certain criteria are met that can have far-ranging and impactful consequences, like up and moving your home regions, statistical buffs and access to powerful characters of the era.

Total War: Three Kingdoms – A World Betrayed doesn’t reinvent the wheel, but its focus on a geographically unique but underused portion of the map makes it feel like a fresh experience.

Similarly, the campaigns of both Sun Ce and Lu Bu represent challenging and full-featured experiences that offer players dozens (if not hundreds) of hours of the highest quality strategy gaming experience on the market. And while you should always choose quality over quantity, the sheer quantity of meaningful options on offer in Three Kingdoms as a whole has a quality all of its own.