Mandate of Heaven is the best kind of expansion for a replayable sandbox strategy game like the already exemplary Total War: Three Kingdoms. Rather than creating a new scenario, this prequel recontextualizes the base game and in turn serves to make it a deeper and more satisfying experience, in much the same way that Rogue One did for A New Hope.

Starting in 182 CE, Mandate of Heaven largely concerns itself with the Yellow Turban Rebellion and the earlier adventures of the principal characters of the Three Kingdoms era. Liu Bei, Cao Cao, and Sun Jian are all playable, but their starting locations are radically different and less concrete, which allows for experimental players to truly carve out a kingdom of their own.

Alongside these stalwarts are new factions, and one, in particular, presents a challenge for the most devout of Total War players in the form of the Han emperor himself: Liu Hong.

Anyone who has endeavored to keep the Western Roman Empire intact in Total War: Atilla will have an idea of what this is like. Playing as the emperor is essentially a survival campaign, and rather than raising armies and conquering new lands, you start as a massive and rotten empire from turn one, beset from all sides and collapsing internally.

As emperor, you begin the campaign with a full stack of elite Imperial units at your command making you the most powerful faction by far on the map. To balance this, you also begin with a heavy per-turn deficit and only the Imperial City of Luoyang under your command.

As if that wasn’t enough, Liu Hong’s unique faction mechanic, the Imperial Court, is essentially a balancing act in which you attempt to keep multiple different internal factions as happy as you can while they incessantly stab each other, and you, in the back whenever possible.

Liu Hong’s administration is rife with the corrupt eunuch class, who whisper sweet nothings to you and your lords while they gleefully help themselves to your treasury, and downplay the dangers of the rampaging peasant rebellion taking place in the provinces.

A lot of love went into the emperor’s faction and it really shows. Not for the faint of heart, attempting to prop up this failing dynasty will serve as a true test for Total War veterans.

The Yellow Turbans have also received something of a glow-up and take center stage in Mandate of Heaven, having been radically redesigned into a terrifying force, both militarily and politically.

Their faction mechanic, Zeal, is shared by all Yellow Turban factions, and it spreads discontentment and violent revolution in the common folk throughout China. It takes root like an ancient form of Communism, and once it begins to spread, fire and force of arms are the only permanent solution, although it can be somewhat mitigated through careful city planning.

Playing as the Yellow Turbans really feels like leading a rag-tag rebel force against a monstrously overpowered enemy in the form of the Han Empire. The Brothers Zhang (Jue, Bao and Liang) start next to each other in northern China and quickly displace the local loyalist forces. They then have several turns of relative calm before the rest of the country begins to march on them.

By capturing regions, winning battles and building unique Yellow Turban buildings, Zeal is spread to neighboring provinces. High Zeal is great if you are a Yellow Turban faction, as it gives you bonuses to both income and replenishment, and it’s really punishing if you aren’t as it can lead to further rebellions.

Yellow Turban factions are rewarded for aggressively conquering lands, and loyalist forces are constantly trying to play catch up, despite their numerical superiority, at least initially. I’m very much looking forward to trying out a Yellow Turban co-op campaign, as there is some fantastic synergy between these factions, and hey, everyone loves an underdog.

Another interesting facet of Mandate of Heaven is the ability to play through an earlier time frame, into the base game’s Three Kingdoms era and beyond. Functionally this means that every faction on the map has more time to tech up and expand their territories in new and interesting ways. By the time the true endgame begins, you aren’t facing stacks full of militia units, as was sometimes the case in the base game.

Playing as characters like Cao Cao or Liu Bei have a light roleplaying feel to them, and you are tasked with straightforward tasks like defeating certain armies or reaching certain locales. As these characters are younger and yet to attain influence, they are suitably underpowered and start in totally different portions of the map.

About my only issue with Mandate of Heaven is that some characters, such as Liu Biao, can have a relatively slow and safe start during this timeframe. Granted, you can use this to improve your economic base, but it can be boring to play through such an extended period of peace right at the outset of a campaign. The series is called Total War for a reason, after all.

Mandate of Heaven is an essential part of the Three Kingdoms package, and takes what was already the best grand strategy game on the market, and takes it to loftier heights. There is now so much rewarding complexity to it, that I don’t know that I can return as readily to older games in the series as they seem relatively simple by comparison.

Creative Assembly is a studio at the peak of their power, and Three Kingdoms is their magnum opus. With both Total War Saga: Troy and the planned but as-yet-unannounced Warhammer 3 to look forward to, fans of this series are truly living in a golden age of grand strategy. 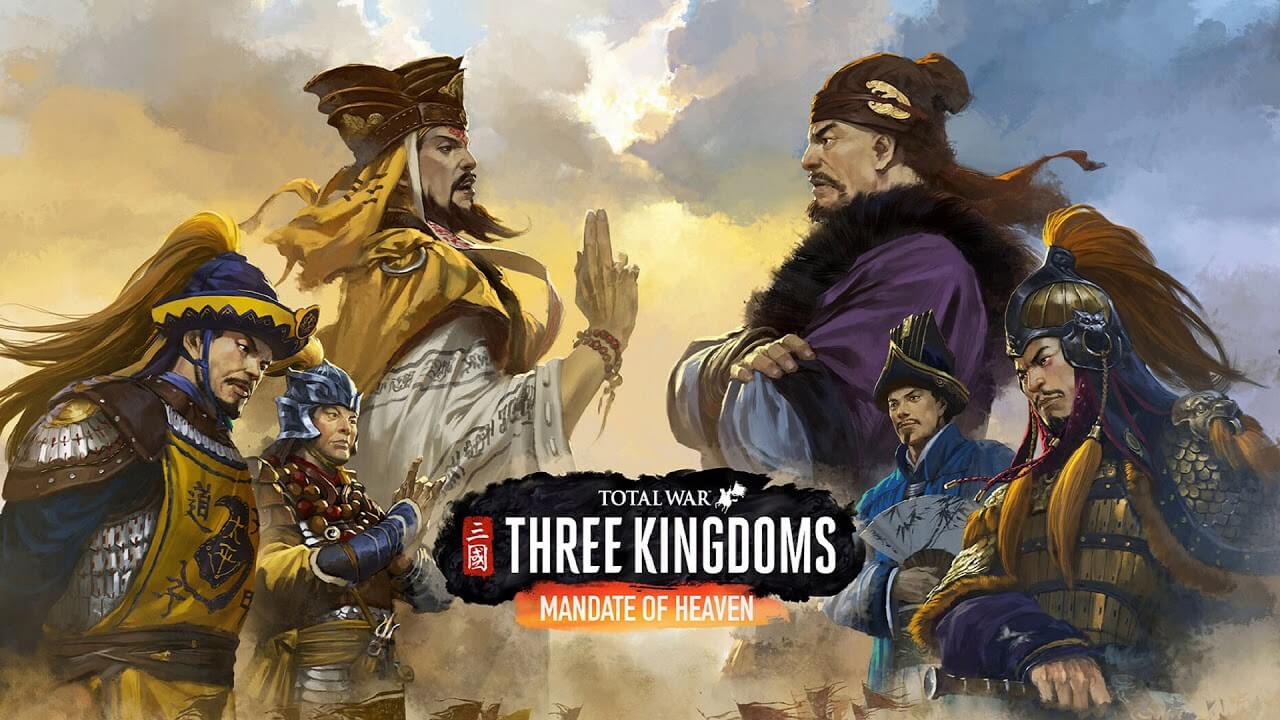