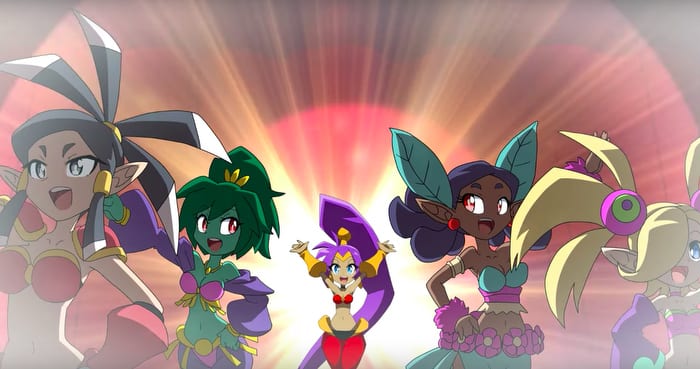 Shantae and the Seven Sirens made a splash when its first part released on Apple Arcade last year, and now console and PC owners know when to expect a port of the game thanks to a new trailer.

Streamed via developer Way Forward’s official YouTube channel on Mar. 27, the new trailer reveals that a console and PC port of Shantae and the Seven Sirens is set to launch on May 28. The port is slated for release on PlayStation 4, Xbox One, the Nintendo Switch and PC.

The trailer also provides a glimpse of what players on these platforms have to look forward to, showing off some of the key story beats and challenges Shantae will have to overcome in her latest adventure.

After traveling to a tropical island to take part in the first-ever Half-Genie Festival, Shantae learns of dark secrets hiding beneath the supposed paradise. With no other choice, she sets out to investigate, eventually coming up against the Seven Sirens – powerful individuals with dark machinations for the attendees of the new celebration.

There’s platforming, action and new abilities galore, not least of which being new transformations Shantae can use to battle enemies and traverse a new series of dungeons.

It’s about everything fans of the Shantae series could want from a new entry, and the announcement was matched by some other big news: The game’s second part, which provides a conclusion to the game’s story, would be added via an update to the Apple Arcade version.

It’s unclear whether this update will automatically be applied to the console ports, but more news on that is expected to come as the port’s release approaches.

In the meantime, fans who haven’t played the game yet will definitely want to view the full trailer down below.

Shantae and the Seven Sirens is currently available on Apple Arcade. For more on the series, check out the intro video for the game created by Studio Trigger, the animation studio behind such series as Gurren Lagann, Kill la Kill and Promare fame.

Likewise, feel free to check out our list of characters Smash Bros. fans want added to the game, but that they won’t get just yet. Shantae made the list with ease, and we go into some decent detail as to why.