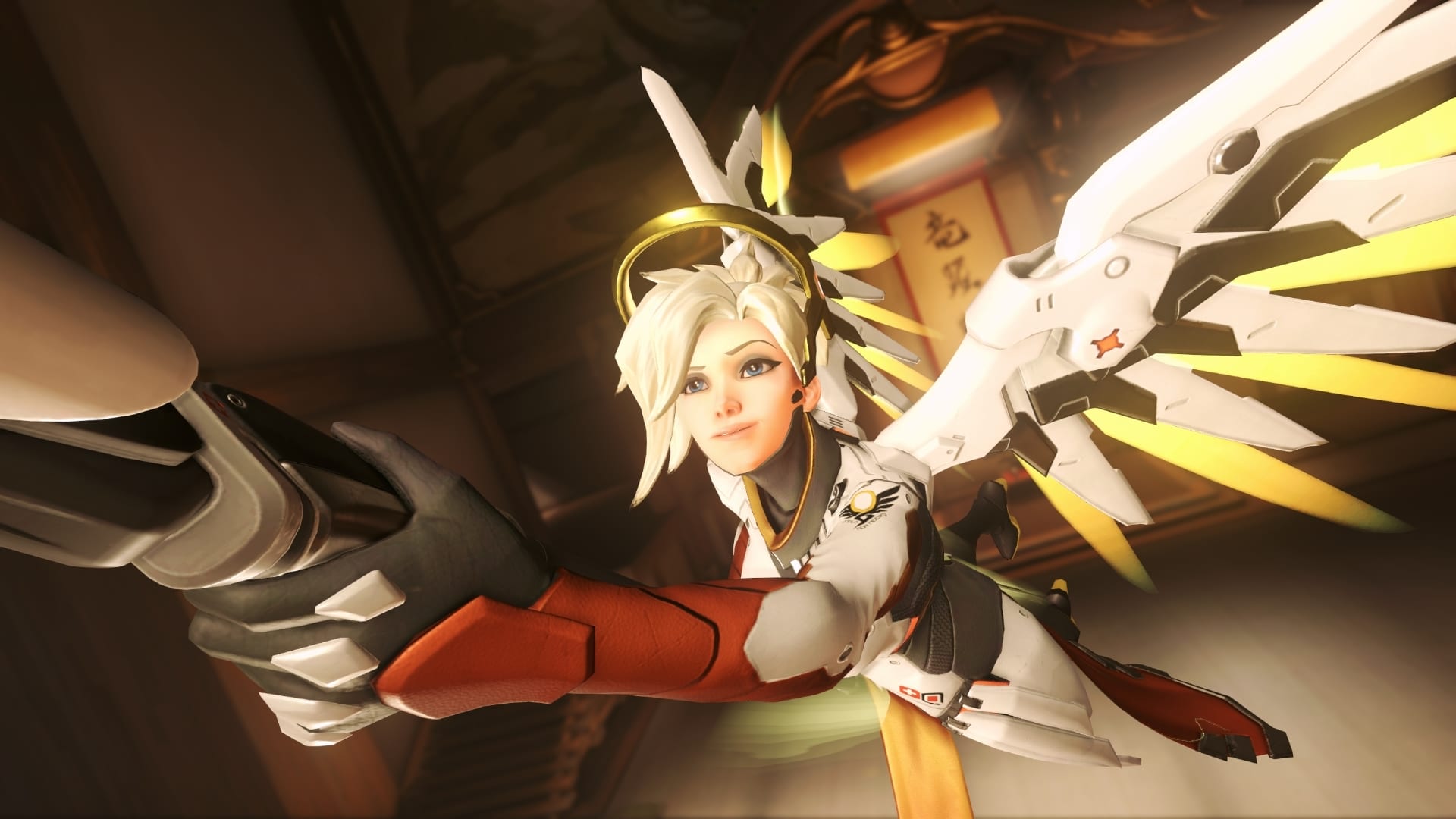 Mercy’s super jump –sometimes also called e-jump– is a not so secret move that’s as old as the hills but is starting to become more widespread. As players increasingly begin to notice others using it to their advantage, it’s only natural that there’s a continued interest in mastering this tricky but useful technique. Here we’ll help explain how to Mercy super jump in Overwatch to the best of our abilities. But be warned, this technique takes practice!

What Mercy’s Super Jump Does

Mercy’s Super Jump does pretty much what you’d imagine it would by the sounds of it, and if you’re reading this article then you’ve likely seen it in action.

Basically, when executed properly it allows Mercy to leap substantially further into the air than a standard jump. It’s particularly useful for evading clusters of heroes trying to take out Mercy in a tight spot, and especially so when used in areas of a map that have platforms and ledges she can reach.

The Super Jump isn’t quite a glitch, but it’s not really what you’d call a conventional move either. It requires some wrestling of the controls to pull off correctly.

How to Mercy Super Jump in Overwatch

One thing you’ll want to do first and foremost is to make sure crouch key isn’t bound to anything else other than CTRL or whatever button you prefer to bind to crouch. This is important because otherwise, the process is likely to get interrupted.

Once you have your key bindings in order, you’re ready to attempt the Super Jump. At its most basic, the Super Jump is pulled off by hitting crouch and Mercy’s Guardian Angel ability (Shift on PC) at almost exactly the same time and then hitting the jump button just after that. It sounds simple in theory, but the timing is tough to master.

The key is to hit Guardian Angel fractionally after you hit crouch. And when we say fractionally, we really do mean a minuscule amount of time –practically the same time, but not quite.

Think of it as Mercy crouch zooming across the floor and then springing upward with a jump. You do want to initiate the crouch, so that’s why it needs to be hit ever so slightly before the Guardian Angel ability.

As you’ll have likely already deduced, it’s a muscle memory thing that requires a lot of practice. Our advice is to first familiarize yourself with the action of hitting all three buttons in order and then work on your speed and timing until your success rate pulling off the jump improves.

Here’s a breakdown to clarify.

Hopefully, that gives you a good idea of how to Mercy Super Jump in Overwatch. There’s not really a secret trick other than continue working on your technique. You may find watching some videos of other players performing the action helpful. There’s one from YouTuber Blinky that is quite a useful demonstration.

For more useful tips and guides on Overwatch, do check out our extensive wiki page.