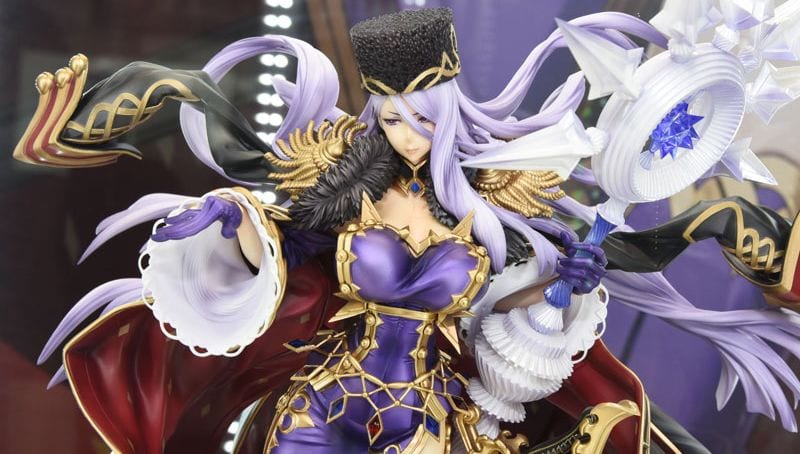 Today Japanese figure manufacturers are attending Wonder Festival 2020 winter edition at the Makuhari Messe in Chiba, near Tokyo, and of course, there was a metric ton of new figures at the show.

If you’re unfamiliar with the event, it’s basically the most relevant figure convention in Japan, hosted two times a year allowing major and minor manufacturers to show their upcoming goods.

Many of them were related to gaming, and below you can enjoy a thorough look at them, mostly courtesy of retailer AmiAmi’s English and Japanese twitter accounts.

Let’s start with the usual reveal panel by Good Smile Company and its subsidiaries. Among others, we see a Goro Akechi figma from Persona 5, several from Fate/Grand Order, Pearl and Marina from Splatoon 2, Nendoroids from Atelier Ryza (Ryza herself) and Iori Fuyusaka from 13 Sentinels: Aegis Rim.

Broccoli and Wonderful Works also have their own announcement panel, including Lila from Atelier Ryza.

Kotobukiya also had its own announcements, including Ryouhou from Azur Lane, Soma Schicksal from God Eater, Sorey from Tales of Zestiria, Skadi from Arknight, and the inevitable Fate/Grand Order figures.

Wonderful Works also revealed its own version of Lila and more.

Now, let’s move on to the prototypes. Do keep in mind that many of them are unpainted because they’re prototypes. Of course, the finished product will be sold fully painted.

If you’re interested in Wonder Festival, you can also enjoy our report from the past Summer edition and from last year’s Winter edition.