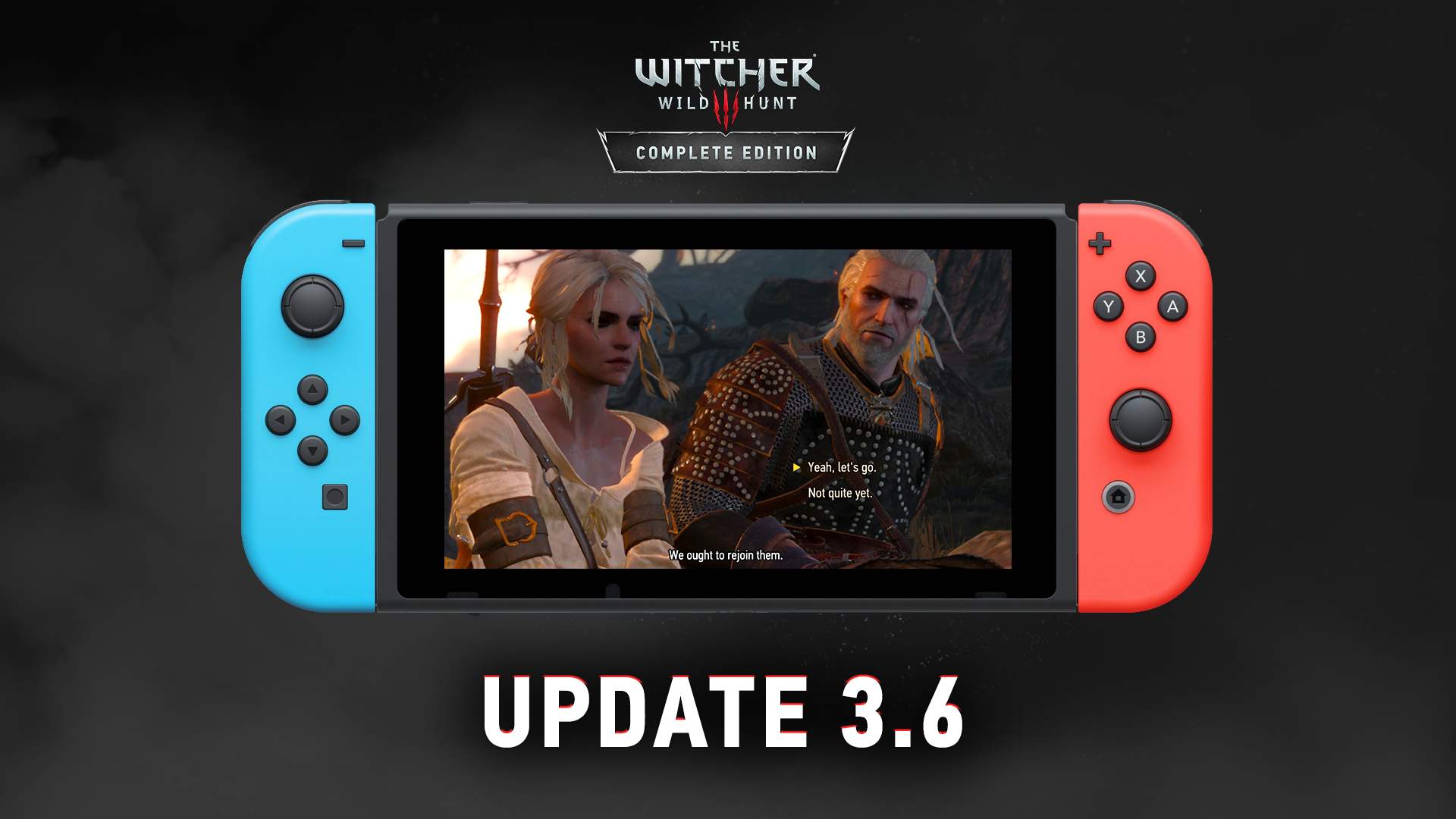 Today CD Projekt RED released a new update for the Nintendo Switch version of The Witcher 3: Wild Hunt, and it’s a juicy one.

The updaye, numbered 3.6, adds cross-save via cloud with the PC version on Steam and GOG, on top of new visual options to customize your portable Witcher experience.

You can check out the full patch notes below.

While transferring saves from PC, please keep in mind:

Incidentally, CD Projekt also mentioned that additional voice over languages will be distrubuted at a later time in selected regions as free DLC.

The Witcher 3: Wild Hunt is currently available for PC, PS4, Xbox One, and Nintendo Switch.

If you’re not familiar with the game, you can read our review and see why it’s so beloved.