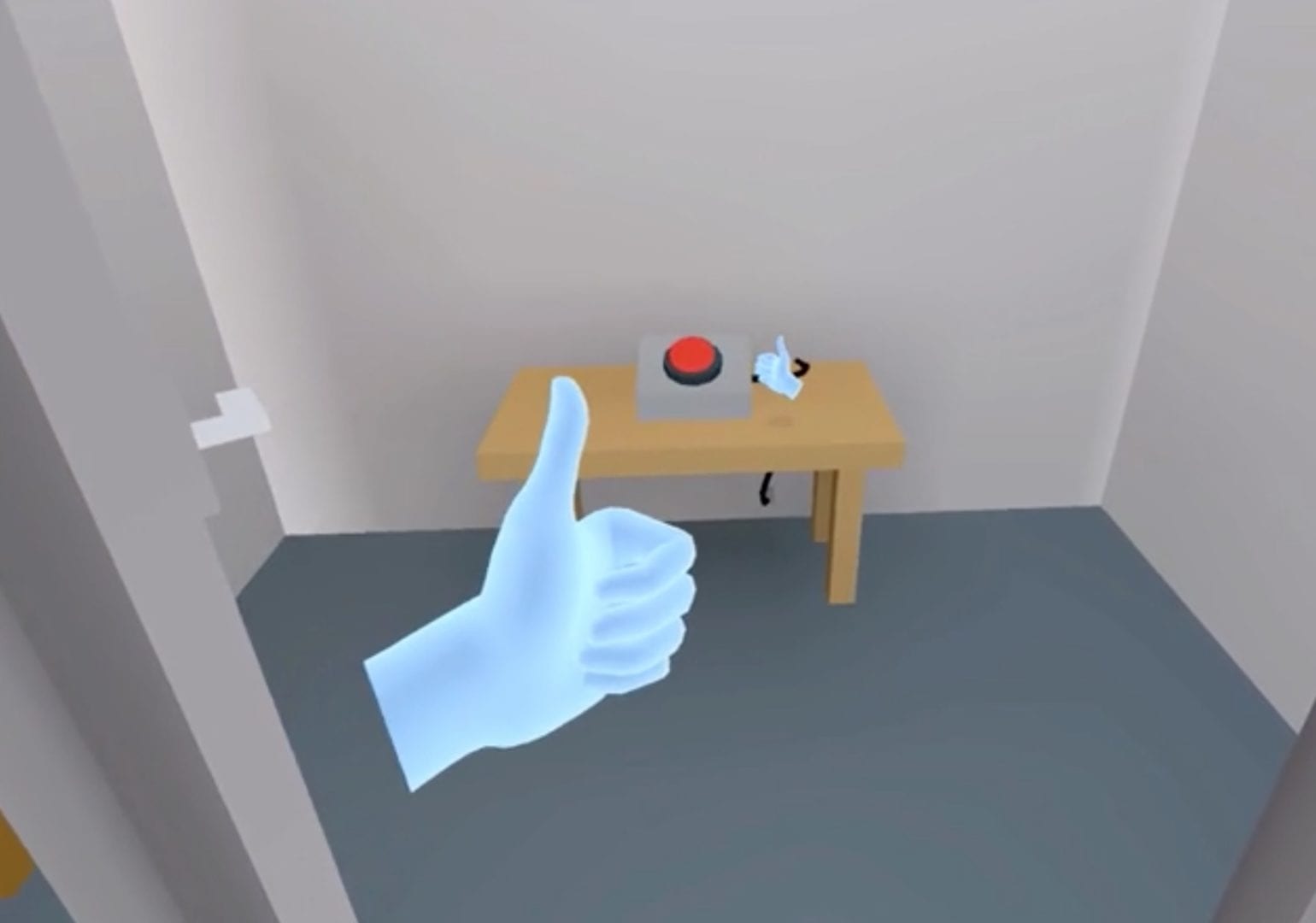 Even if you’re someone who’s not familiar with The Addams Family, you’ve probably seen the Thing sometime in your life –it’s that ghoulish-looking hand that moves on its own that’s disconnected from a human body and someone has basically created a proof of concept of a VR game that lets you control said hand.

push_matrix on Reddit posted this GIF earlier today to the gaming subreddit and asked folks if they would play a VR game where you could essentially throw your hand to solve tricky puzzles.

Of course, you wouldn’t actually be throwing your controller across the room (that’s just dangerous) but you would instead perform a throwing motion and then let the hand-tracking take care of the rest.

You can see the short video down below showing how the concept would work with a player “throwing” their right hand to hit a big red button that sits on a small table that then opens up a door:

It’s a very interesting concept that could work for a device like Oculus Quest but there might be some issues with how the player would actually move the hand as so.

With that being said, VR is still fairly new to the gaming world and who knows, maybe this concept could be fleshed out to deliver a fully fleshed out VR title. I guess we’ll just have to wait and see.