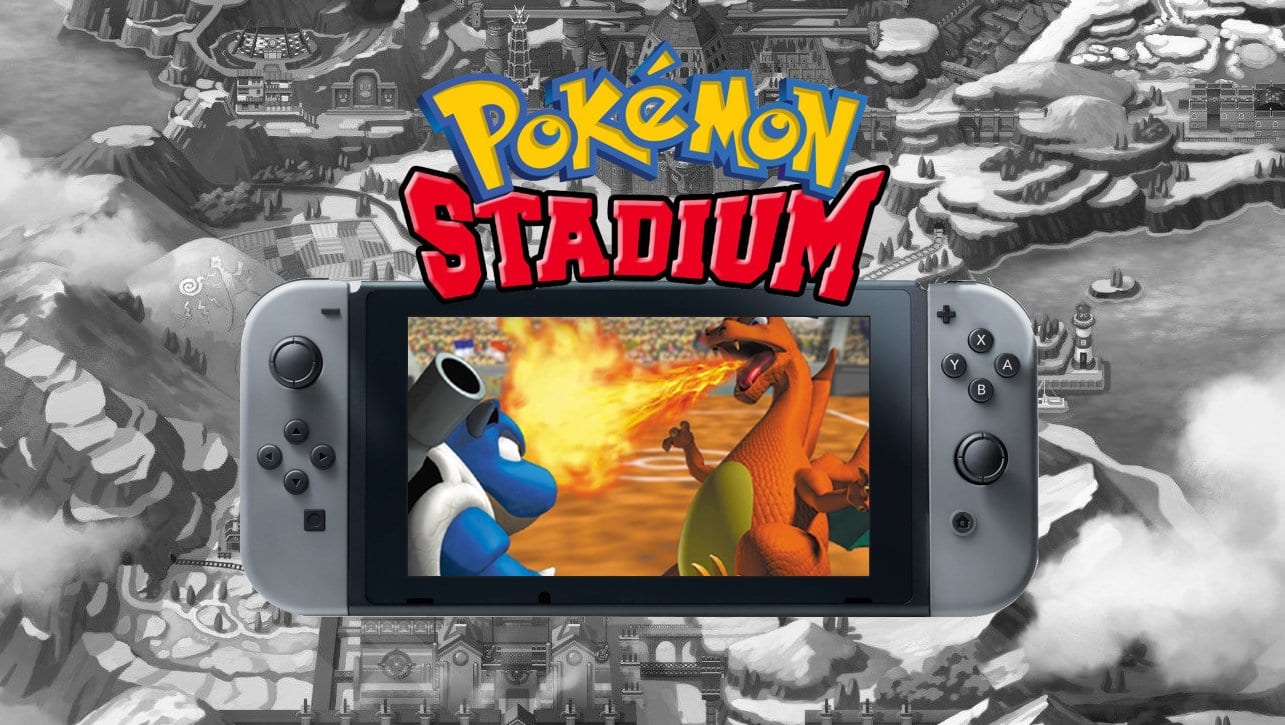 A lot can change in twenty years.

At the turn of the millennium, Pokemon’s popularity was at its apex. Gold and Silver built on the foundation that had been laid by the original games (as well as, let’s face it, fixing its many broken mechanics), and the pocket monsters looked slicker than ever on our tiny Game Boy screens.

That being said, the one thing we truly, desperately wanted, was for a fully-fledged Pokemon title to arrive on home consoles. Sure, it would come at the sacrifice of the franchise’s ‘battle anywhere, trade anywhere’ appeal, but the idea that we could see our beloved Lugias and Hoothoots in robust, polygonal glory was incredibly enticing.

The compromise, at the time, came in the form of Pokemon Stadium, a home console title that focused entirely on battling. When the first Stadium dropped on the Nintendo 64, I distinctly remember the thrill I felt seeing these beloved critters come to life. My Raichu sprung onto the field with a resounding shriek, ready to duel against my sister’s Rapidash.

Said Raichu was resoundingly shut down by Fire Spin, unable to land a single hit as we watched it slowly die in a pillar of flames. Again, gen 1 doing gen 1 things.

Here we are now in the roaring twenties, and 3D Pokemon are the standard. Indeed, this has been the case since X and Y dropped seven long years ago, and as handheld technology caught up to its console brethren, the need or desire for a home console Pokemon game dissipated more and more.

Thanks to the Nintendo Switch’s hybrid nature, we finally have the Pokemon title we had been begging for long ago, and we didn’t have to sacrifice the aforementioned things that made Pokemon what it is.

Actually, let me reframe that concept. We had been begging for a home console Pokemon title. But we definitely weren’t begging for this one.

To be honest, I actually kind of hate Pokemon Sword and Shield. I’m not going to spam social media with hashtags like an entitled brat, but I can’t help but feel that for everything good it does, it makes two mistakes that are confounding. Stripping down the Pokedex is its most infamous injustice, but in actuality, it’s a blessing in disguise, retconning broken techniques like Pursuit and Hidden Power, or limiting access to Toxic.

Didn’t you ever find it weird how practically everything could use Toxic? Why is my Eevee capable of spewing poison at its enemies, anyway?

My biggest issue with Sword and Shield is how it has rendered traditional six vs six gameplay practically impossible, thanks to a ludicrous 20-minute time limit on Wi-Fi battles. Isn’t that the point of Pokemon? For you to train up a team of six Pokemon, then take them into war?

Standard tournament play is either three-on-three, or four-on-four for doubles, where such a restriction isn’t as damning, but I’m not thinking of tournaments here. I’m talking about painstakingly assembling a roster of Pokemon to take on my sister — whose Rapidash is now pink and pretty — only to find that we’re forced to finish prematurely when we’ve still got plenty of monsters who had not yet even seen the light of day.

Stall tactics once intended to confound an opponent have become an automatic win con. Knock out one or two enemies, then stretch out the attack timer and rely on Protect, Baneful Bunker, King’s Shield and the like, alongside moves with long animations. I referred to gen 1’s mechanics as broken, but here, I apply the term literally: six on six battles are literally broken, because they are basically unusable.

Dynamaxing and Gigantamaxing are a focal point of gameplay, but they’re time-consuming and not necessarily very enjoyable, and I’m more inclined to just lean on Max Guard to make the whole process go away faster. I really don’t see them as being superior to Mega Evolutions or even Z-Moves in any way, shape or form. It’s like a bastard child of the two concepts, cobbled together and presented as revolutionary.

To expect wholesale changes to Sword and Shield’s battle mechanics would be an admission of failure, though that seems like a harsh term. It’s not that the battles are bad, it’s just that they’re not for me, and that’s reflective of Sword and Shield as a whole. They’re divisive in how they omitted things we took for granted, instead highlighting what’s new and shiny.

The best solution, and an easy way to make a lot of extra money on the side? Bring back the Stadium series.

The last entry, Pokemon Battle Revolution on the Wii, was released in Japan in 2006 and internationally the following year, and even then, it felt somewhat redundant. This was around the same time that Pearl and Diamond had graced the original Nintendo DS, and sprites had come a long way. The idea of polygonal Pokemon was still neat, but it wasn’t as strong a selling point as it was in the late ’90s or early 2000s.

But now, it’s not about giving us an aesthetically unique gameplay perspective. It’s about reintroducing everything that we had lost in the transition to gen 8.

Pokemon Home has allowed for us to bring all of our creatures from yesteryear to the modern era, but many of them have absolutely nothing to do here, dotted with exclamation marks that declare them stranded. They’re going to have to go somewhere eventually, and a title focused entirely on battles feels as appropriate a place as any.

Let’s have a Pokemon Stadium/Colosseum/XD/LOL/whatever you want to call it that’s all-inclusive of everything that came before. Give us access to every monster, but let us set limitations as we see fit. Not just ‘ban legendaries and mystical Pokemon’, but, say, battles that only allow Pokemon that you could catch in a certain game. Perhaps monthly online tournaments reflecting that idea, with digital prizes.

What if we even took it a step further, and brought back mechanics specific to the generation they appeared in? Choose Black and White’s set of rules, and you can access the defunct triple and rotation battles. Opt for X and Y, and you can Mega Evolve Pokemon. Select Sun and Moon, and you can use Z-Moves, as well as say Alola in every single sentence.

These gameplay elements were removed because they don’t fit in with the current generation, and that’s fine. But if you provide an alternative title that lets us choose what to include and what to exclude, it gives players a sense of agency.

There are even more options for what you can add from previous games, like the obscure inverse battles, or the option to choose the order of your opponent’s Pokemon, as seen in Battle Revolution. Maybe the Pokemon World Tournament from Black 2 and White 2 that allowed you to duke it out with Gym Leaders from other regions; you could tie it into the Pokemon Masters mobile game to increase your user base there, too. Oh and, needless to say, 20-minute time limits would be optional, not mandatory.

Would this kill Sword and Shield’s online scene? Most likely. But they would still be the option for a fully-fledged RPG, as well as the exclusive home of raids. Besides, and this sounds incredibly sleazy, they already have our money from Sword and Shield. Once the well of DLC runs out, they’ll need something else for us to purchase, and though rabid Nat Dexers will cry foul that we ‘have to pay for something that should have been in the game to begin with’, they’ll still buy it without question. It’s what we’ve always done, and the maligned pair of titles have the sales figures to prove it.

Sword and Shield get vilified for stripping the series back, and in some ways, that’s justified. At the end of the day, however, it’s Game Freak’s prerogative, and for fans to cry foul at ‘needless censorship’ while at the same time hounding developers for choosing how to make their own game is hypocritical.

The go-between? Make a spinoff title. Appease the masses, while still keeping the vision of your mainline titles intact. Your reward will be a lot less chatter, as well as a lot more cash. There are only wins to be had here.

That oughta hold those S.O.B.’s.