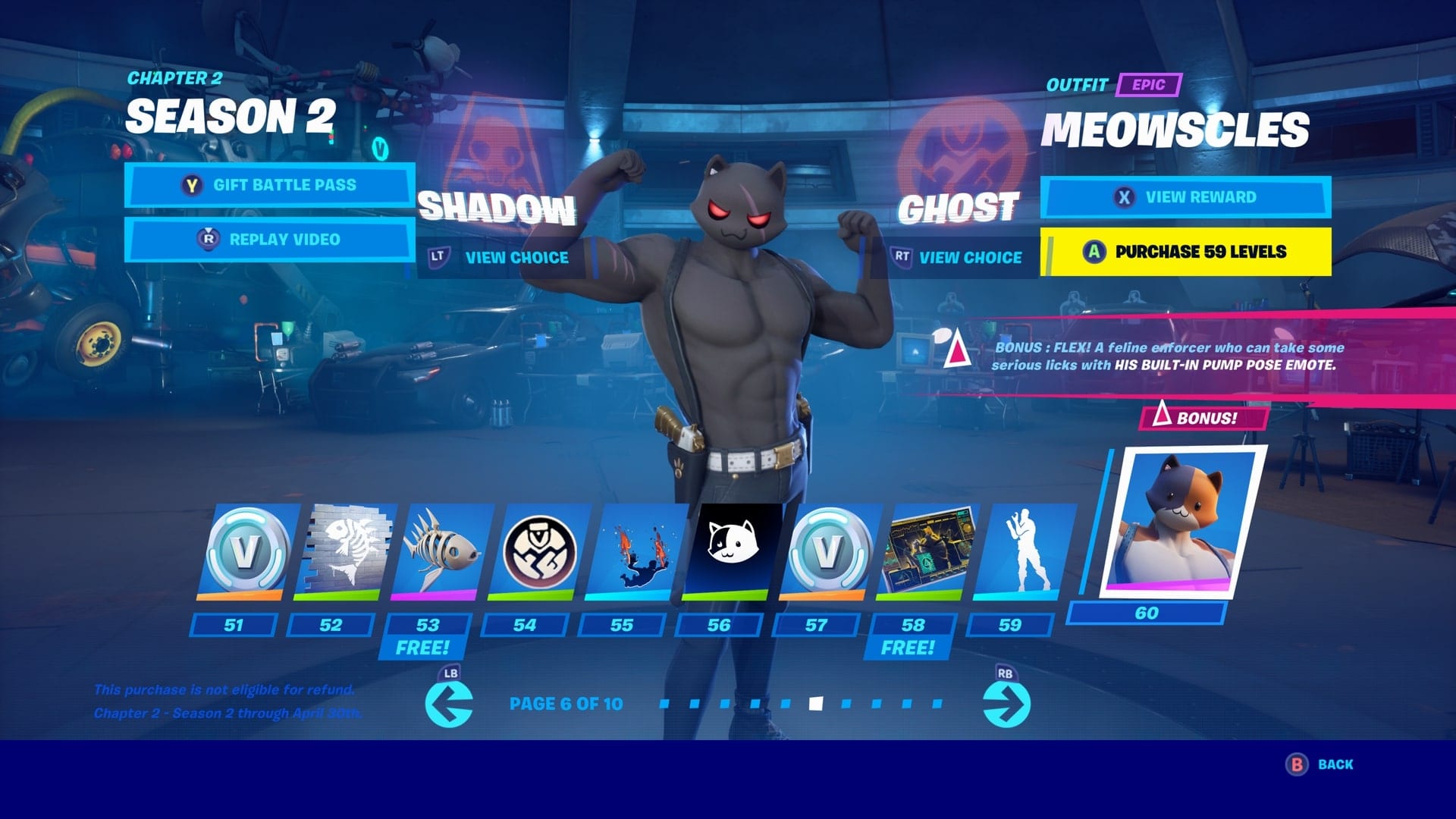 FortniteChapter 2 Season 2 brings a ton of new Battle Pass content to the table. All of the skins on the Battle Pass this time around are ‘Agents’ that can have either a Ghost style or a Shadow style unlocked for them. Problem is, it’s not entirely clear how you can get them for yourself. Here’s how to unlock Ghost and Shadow styles for Fortnite’s Battle Pass Agents.

First off, before you can do anything else you’ll need to make sure you’ve bought the Battle Pass for Fortnite Chapter 2 Season 2. If you haven’t, you won’t be able to unlock the bonus styles for each character.

The following characters in the Battle Pass have Ghost and Shadow styles that you can unlock:

Unfortunately, we won’t be able to get the Ghost and Shadow styles for each of these characters right away. That’s because the option to do so is unlocked behind a timegate for all but Brutus at this moment in time. Once they do go live, you’ll be able to unlock them in the following way.

That’s everything you need to know to unlock Shadow and Ghost bonus styles in Fortnite. For more tips, tricks, and guides, head on over to our Fortnite Chapter 2 Season 2 guide wiki.