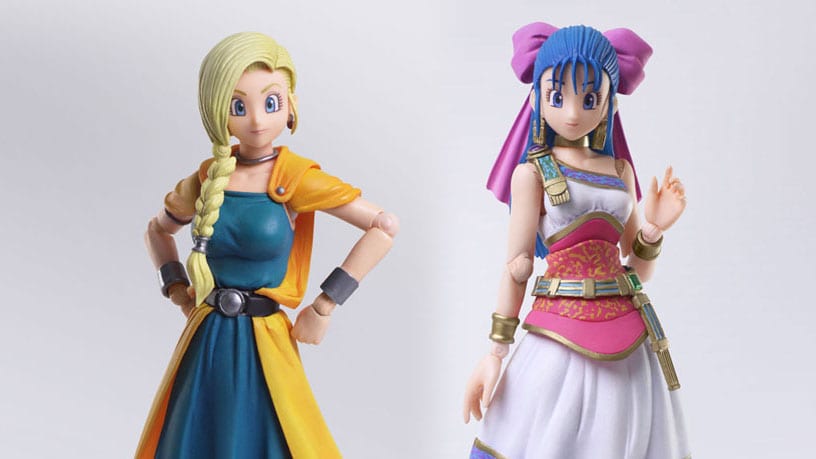 The figures portray heroines Bianca and Nera. You can find both on Ami Ami, priced at 6,390 yen each. That translates into roughly $58.

They will be released respectively in July and August 2020, one month apart.

Each figure comes with a base (Bring Arts really struggle to stand on their own) and a bunch of alternative hands.

Incidentally, they’re not the first Dragon Quest V Bring Arts figures to go up for pre-order as of late. The hero is also available for pre-order at the same price, albeit with a much earlier release window in May.

It’s not surprising to see Square Enix bring Dragon Quest V: Hand of the Heavenly Bride back under the spotlight. The Dragon Quest: Your Story movie recently released on Netflix is based on this specific chapter of the saga.