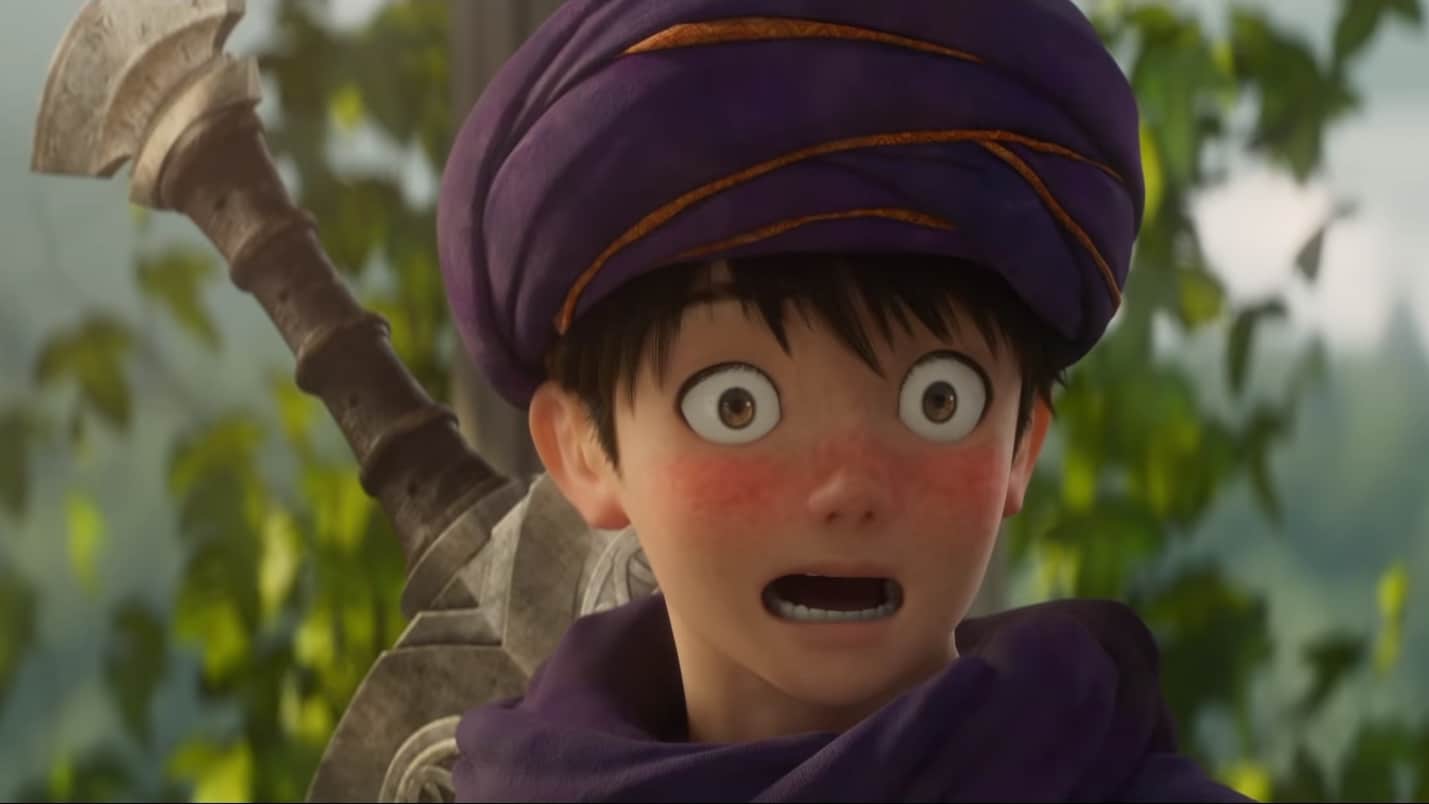 Right before the weekend, the English version of Dragon Quest Your Story landed on Netflix. Given the film industry’s recent epiphany that movie adaptations of video games can be good —or at least decent— I gave the Dragon Quest movie a shot. While I mostly enjoyed the film, the ending simultaneously fixed the movie’s problems but almost undid the goodwill it had built up.

Spoiler warning from here on.

At first glance, Dragon Quest Your Story is an adaptation of Dragon Quest V: Hand of the Heavenly Bride. A man’s wife is kidnapped by an evil bishop and the man takes his son on a quest to rescue his wife and stop the bishop’s organization from summoning an evil demon.

Along the way, the man and son gather a fellowship of warriors and wizards, and the man is eventually killed. His son continues his quest, later marries, and has children of his own. Finally, the family and their allies band together to defeat the bishop, his organization, and the demon.

However, Dragon Quest Your Story takes some liberties. It cuts out a good chunk of the story and playable characters —including one of the protagonist’s children. Then the movie drops a huge plot twist bomb at the end and reveals this particular retelling is actually a VR game. Feel free to make comparisons to Roy: A Life Well Lived from Rick and Morty; I sure did.

Now, to be fair, this plot twist fixes some of the issues sprinkled throughout the movie. Furthermore, the story alterations are explained away because it is a remake: remakes don’t always utilize the same story beats to avoid becoming boring retreads.

Moreover, the VR angle lets the movie offer audiences a glimpse into the holy grail of remakes: fully immersive VR remakes. We all have that title where we think, “Gee, I would love to experience this adventure for real,” be it The Legend of Zelda or Chrono Trigger, and the movie demonstrates what such an experience would be like. Completely indistinguishable from reality, just the way many gamers imagine.

However, the movie’s plot twist isn’t as wholesome as I just made it out to be. For starters, it turns Dragon Quest into an isekai, a genre that has been done to death. The anime industry has an overabundance of isekais, and the movie’s plot twist feels shoehorned to take advantage of the trend, but the problems don’t end there.

Instead of the protagonist fighting the final boss of Dragon Quest V, then revealing his experience was all a VR game (as you might expect), the movie ends with a sentient virus revealing the VR nature of the world.

The virus’s existence is problematic and doesn’t make any sense logistically. The virus feels contrived, and questions arise such as how it was uploaded into the VR chamber.

Furthermore, the protagonist’s reaction to the virus only compounds the problem. Sure, he wants to defeat the virus —a completely natural response— but his desire to destroy it stems less from every human’s ingrained hatred of malware and more from a want to defend the game as if it were real. Because to the protagonist, Dragon Quest “was just another reality.”

Normally, the protagonist’s attraction to the game and its characters would be understandable since gamers tend to connect with the cast of their favorite games. But, the main character’s final “heroic” monologue makes him come across as having an unhealthy obsession with Dragon Quest, as well as a possible psychological inability to differentiate between fantasy and reality.

However, the plot twist’s worst aspect by far is how the game functions in-universe. Instead of letting players draw themselves into the game and LARP in a Dragon Quest setting, the VR game temporarily wipes participants’ memories during gameplay. This opens up a huge can of ethical (and uncomfortable) worms because of the importance we place on memories.

Most people are set on the idea that memories make the man/woman; get rid of memories and you effectively kill someone. Fiction tends to follow suit. Amnesia is portrayed as a tragedy; mind-erasing technology is murky at best, and people who erase memories are usually villains. One of the only times memory removal was portrayed in a positive light was in Gravity Falls, and that was more of a necessary evil and sacrifice to defeat an eldritch monstrosity, one that culminated in a bittersweet ending.

Dragon Quest Your Story, meanwhile, portrays memory erasure as a positive feature and necessary process to enjoy the VR experience. No justification is given, just a hand-waved and throwaway “oh, BTW, we’re essentially going to delete your soul while in the game” statement.

The in-universe technology is an epidemic waiting to happen. Dragon Quest V is a tale of struggle and strife; the protagonist sees his mother kidnapped, witnesses his father’s brutal murder, and is forced to work as a slave for a good chunk of his life. Real-world players can balance those travesties out with the knowledge that they’re fictional, but characters in the movie can’t; that mental safety net (their memories of the real world) is gone, so for all they know their father actually died while in the game. That’s PTSD material right there.

And that’s to say nothing of glitches and errors that happen in video games with almost comical regularity. If a game can forget to render NPCs, who’s to say that for some reason the memory restoration executable won’t encounter a fatal error, resulting in a player being booted from the game and being thrust into the real world only with memories of flinging fireballs and slaying slimes?

I would like to assume the fictional VR system has safeguards against such errors, but given the ease with which a virus was implanted, I cannot give the fictional devs the benefit of the doubt.

I would say I’m reading too much into things, but given the protagonist’s “rousing” speech, the movie’s main message is that it’s ok to treat works of fiction as if they’re real. And that’s exactly what I’m doing: I’m holding the in-movie devs responsible for creating a game platform that has the potential to figuratively liquify brains as a feature. To do any less would be to side with the hacker who created the virus, as they have a much more reasonable (and healthy) outlook of “it’s a work of fiction, so don’t get attached to it.”

Actually, scratch that. Because of the plot twist, Dragon Quest Your Story is one of the few movies I have watched where I wholeheartedly agreed with the villain, which was clearly not the point of the movie.

I cannot ignore that Dragon Quest Your Story wants me to essentially support the delusions of the protagonist and love a VR technology that is an amnesia epidemic terrorist attack waiting to happen, even if it does provide the ultimate experience in game remakes that people like me crave. And that’s on top of me empathizing with a fictional character who is against empathizing with fictional characters. Ironic, I know.

I don’t think I’ve ever felt more conflicted (at least when it comes to movies) in my life.