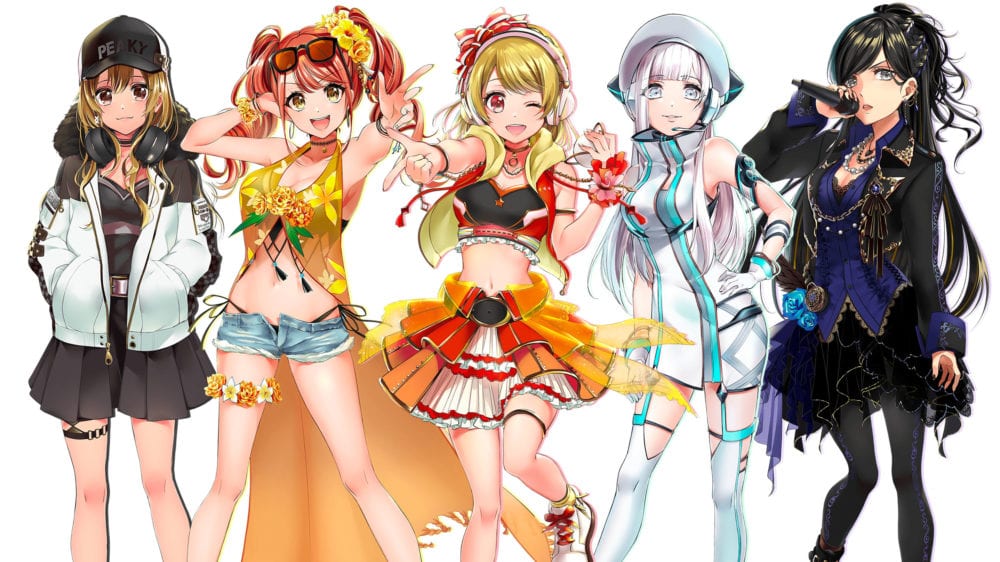 It features the 6 DJ units of four girls each revealed a while ago, Happy Around!, Peaky P-Key, Photon Maiden, Merm4id, Rondo, and Lyrical Lily.

We also get plenty of video footage in the form of a trailer, a commericial and a gameplay video.

D4DJ Groovy Mix will be available for iOS and Android in fall 2020 and it’ll be (of course) free to play with optional microtransactions.

It also includes the usual stamina mechanic, but it’s used to boost your experience and item gain, so you can play even when you run out.

It comes with a story mode and the characters are animated with the omnipresent Live2D.

Of course, no western release has been announced, but considering the popularity of this kind of game and the fact that it shares part of the team with BanG Dream!, there is certainly a chance that it’ll be localized.