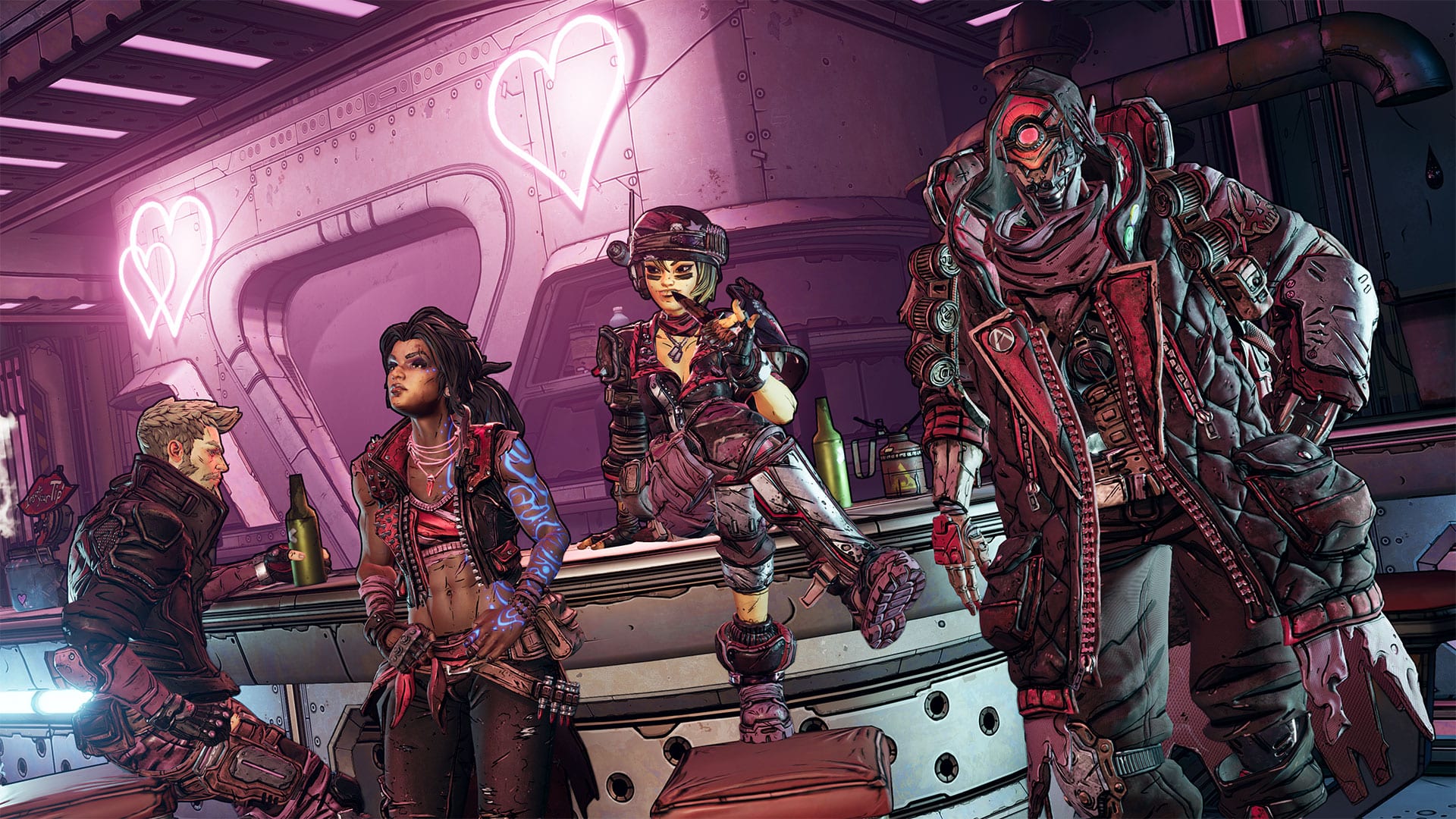 Gearbox recently posted a “love letter” on their Twitter account to thank fans while getting people in the Valentine’s Day spirit. It details the upcoming Broken Hearts Day event and its new features, which include an increased Borderlands 3 level cap.

The aptly named event will go live with this month’s update on on Feb. 13 before 3PM PST. The update will slightly increase the game’s level cap, from 50 to 53. This may disappoint some players, however, Gearbox stated that more increases are coming, and they’ll all be free of charge.

The Borderlands 3 February update will also provide the following alongside the level cap increase:

As for the Broken Hearts Day event, Maurice the Saurian will be giving players challenges. There will be floating hearts around certain enemies, and all you’ll need to do is shoot them out of the air. All that shooting is bound to help you gain those extra three levels for the cap increase.

Much like real life, these hearts can “break” in different ways. For example, some provide fiery explosions while others can turn enemies into friends. Unlike in real life, you’ll be rewarded for breaking these hearts. Maurice will be keeping track and mailing you the following rewards:

The Broken Hearts Day event will last until Feb. 20, but Gearbox has more in store for the future. While we’re unsure when the next level cap increase will be, the March update will add significant changes.

The next update will increase the range of Fight for Your Life revives, and allow more than one player to revive at once. It’ll also bring more Mayhem level changes, as well as a Moxxi-themed event for Twitch ECHOcast users.

Are there any other changes you’d like to see? Be sure to let us know in the comments below!