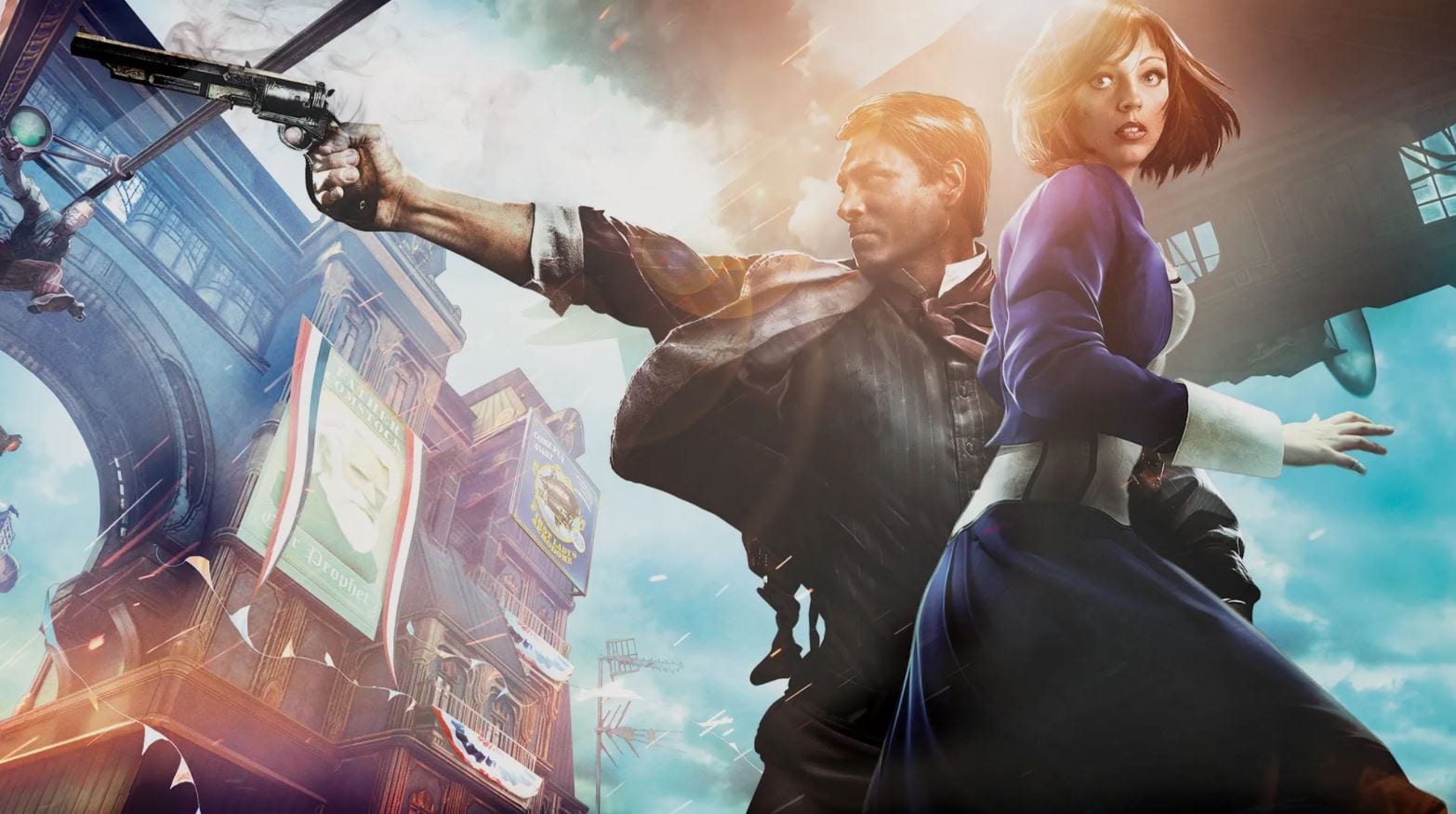 The BioShock Collection contains quite a few secrets and hidden items that can be tough to find without a little help. If you’re having trouble with the third game’s Vox Ciphers, look no further. Here’s how to find the Code Books and decode the Vox Ciphers in BioShock Infinite.

How to Decode the Vox Ciphers in BioShock Infinite

There are a total of three Vox Ciphers to decode, and in order to decode them, you’ll need to collect three different Code Books. The ciphers are written on walls while the books are usually hidden.

The first Vox Code Book in BioShock Infinite can be found in the Patriot’s Pavilion section of Soldier’s Field. Inside the Tickets building, you’ll see a cannon in the middle of the room. The book will be resting inside it.

Just opposite the Tickets building is a bar called The Fellow Traveller. Enter the restroom inside and you’ll see the Vox Cipher on the wall. The code will tell you to “tip the hat to the Vox”. Walk into the bar’s second restroom to find a hat hanging on a rack. Interact with it to open a secret room.

BioShock Infinite’s second Vox Code Book is located inside the Good Time Club in the Plaza of Zeal. You won’t be able to enter it until the story allows you to, but once you do, you’ll eventually reach its basement. The Vox Code Book will be face down on a pile of boxes next to the furnace.

In order to reach this Vox Cipher, you’ll need a lockpick. The cipher is in the Clock Shop off to the side of the Plaza of Zeal, but it’s closed. Use a lockpick to enter. The decoded Vox Code will say, “the broken clock tolls at midnight”. Change the time to 12:00 on the rightmost clock, and it will reward you.

Downtown Emporia houses BioShock Infinite’s last Code Book and Vox Cipher. This third Code Book is in the basement of Hudson’s Fine Clothing. The store is more or less falling apart, but the book is on a shelf next to the sink on the bottom floor.

The third cipher is in the Bank of the Prophet. Near the bank’s vault, there’ll be a room with “HOARDER” written in blood on the wall behind a desk. Walk forward and Elizabeth will read the cipher, saying “type three letters to spell the voice”. Then, simply interact with the typewriter on the desk.

That’s everything you need to know about how to find the Vox Ciphers and Code Books in BioShock Infinite. There are plenty of other secrets to find in the trilogy, so check out the guides below if you want any more tips:

BioShock: How to Get Nitroglycerin
The Best Bioshock Games, Ranked From Fine to Phenomenal
BioShock 2: How to Get the Fontaine Futuristics Code